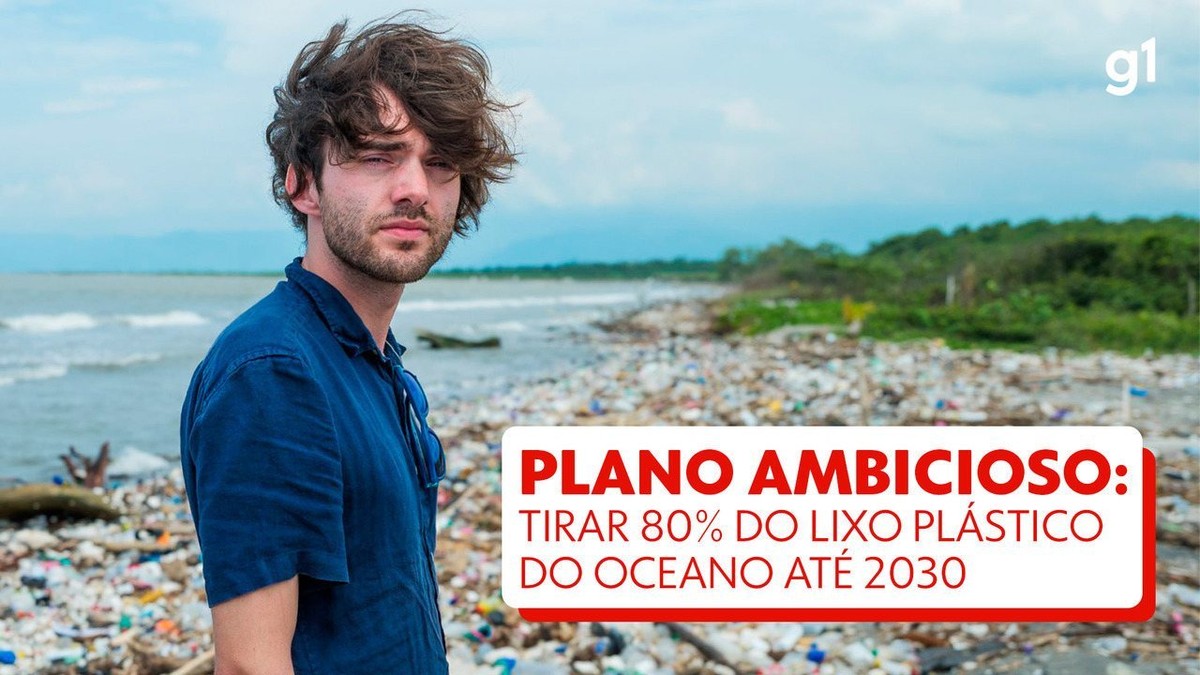 Dutchman Boyan Slat was 16 years old when, on a scuba diving trip in Greece, he found more plastic bags than fish in the sea. From the experience he drew inspiration for create a device that collects plastic waste from the ocean.

Now 27 years old, Boyan became CEO of The Ocean Cleanup initiative, which guarantees to have the means to remove 80% of plastic in the sea by 2030, and about 90% by 2040. The promise is contained in a letter sent by the young man to the organization of the Ocean Conference of the United Nations (UN), which takes place in Lisbon until this Friday (1).

With the creation, the activist gained fame: in 2014 he received the title of “Champion of the Planet” by the UN, which earned him the appearance on several lists of promising young people, such as Forbes 30 Under 30 and Time magazine. On the website of the initiative he runs, there are details about the cleaning system, but reusable t-shirts and bottles with his brand are also sold – Boyan became almost a celebrity.

The main system created by him works as a kind of mobile dam, which is carried by two boats. This garbage collector fills up as the boats move forward at a certain speed, and as the plastic moves on account of the ocean currents. (see image below).

When full, this kind of net is closed, sealed and taken to the boat, where it is unloaded. After the ships operating the system are filled with plastic, the waste is taken to a recycling center on land.

To find the ideal places for cleaning, the NGO uses mathematical models that predict where in the ocean plastic is most likely to accumulate.

In addition to this collection system at sea, the NGO led by the Dutchman has also developed solar-powered equipment to remove garbage from rivers before it even reaches the ocean.

Called “interceptors”, these devices also work by creating barriers to plastic waste. Currently, the NGO already has ten of these systems working on rivers in different parts of the world, from Jamaica to Indonesia, passing through countries such as Malaysia and the Dominican Republic.

Boyan Slat was just 18 years old when he invented the first prototype of the sea cleaning system in 2013. Soon after, in 2014, he received a UN award and began to gain recognition. It was at this time that he began to attract investors to his project, which they currently include the likes of Coldplay and soft drink maker The Coca-Cola Company.

Despite this, the first cleaning operations only started in 2018, when The Ocean Cleanup tested the System 001 equipment. Then, in 2019, an evolution of the same system made the first plastic extraction in the region known as the Great Island of Garbage of Pacific. Since then, System 001 has evolved into System 002 – also known as Jenny – to perform some occasional cleanup operations throughout the years 2021 and 2022.

Now, the NGO’s ambitious plan is to have 10 systems in operation in the Pacific Ocean region that concentrates the most plastic waste, and to double the number of equipment in operation in rivers each year.

“Now, over the next 12 months, we’re going to focus on maturing our solutions. They’re proven systems, they work, so it’s all about getting more experience. We want to double the number of interceptors on the rivers every year, and also increase from for ten systems in operation on the great Pacific garbage patch in 2 years,” explained Boyan.

His expansion plans include Brazil because, according to him, the country is one of the countries with the most rivers with potential for the removal of plastic waste.

“There is certainly a lot of work to be done in Brazil, and we would love to work with local companies and governments to try to get interceptors into Brazil’s rivers as well,” he said.

“It’s a good investment for governments because it’s much more expensive to clean up this garbage on the coast, after it has already affected beaches and tourism, than simply collecting it while it’s still in the rivers.”

Boyan’s creation is focused on ways to remove the garbage that is already in the sea, but the inventor himself recognizes that it is also necessary to think about strategies to prevent plastic production from remaining at current levels. According to the UN, 89% of plastic waste found at sea comes from single-use items such as plastic bags and packaging.

According to the most recent data from the United Nations Development Program (UNDP), the amount of plastic in the ocean is estimated at between 75 and 199 million tons. This garbage affects more than 800 marine and coastal species, either because of the risk of entanglement in the garbage, or because of changes in their habitat.

Because of this, the discussions at the UN Ocean Conference have focused on reducing the use of plastic and, in the long term, on the complete replacement of this material, and not on specific clean-up initiatives like the one created by Boyan.

One of the initiatives is the so-called New Plastics Economy Global Commitment, which was recognized by 22 new countries during the conference. Among the new signatories of the agreement there are also local governments, such as those of the states of São Paulo, Alagoas, Bahia, Ceará, Maranhão, Paraíba, Pernambuco, Piauí, Rio Grande do Norte and Sergipe, which together comprise almost half of the Brazilian population.

Responsible for covering more than 70% of the planet’s area, the ocean is essential for the maintenance of life on Earth, but its health is in danger – this alert is the main focus of the UN Ocean Conference, which takes place in Portugal until this date. Friday (1st).

The event brings together delegations from different countries to promote the development of concrete actions, both by countries and private institutions, so that the goals of the 2030 Agenda, also known as the Sustainable Development Goals (SDGs), are achieved. In the case of the ocean, this is SDG 14, Life at Sea, which includes commitments such as significantly reducing marine pollution by 2025.

In addition to providing food and work, the ocean also plays a key role in regulating the planet’s climate: it is he who ensures that the Earth’s temperature stays at levels suitable for survival of different species, including man.

This report was produced as part of the 2022 UN Ocean Conference Fellowship, organized by the Earth Journalism Network of Internews with the support of the Calouste Gulbenkian Foundation (United Kingdom).