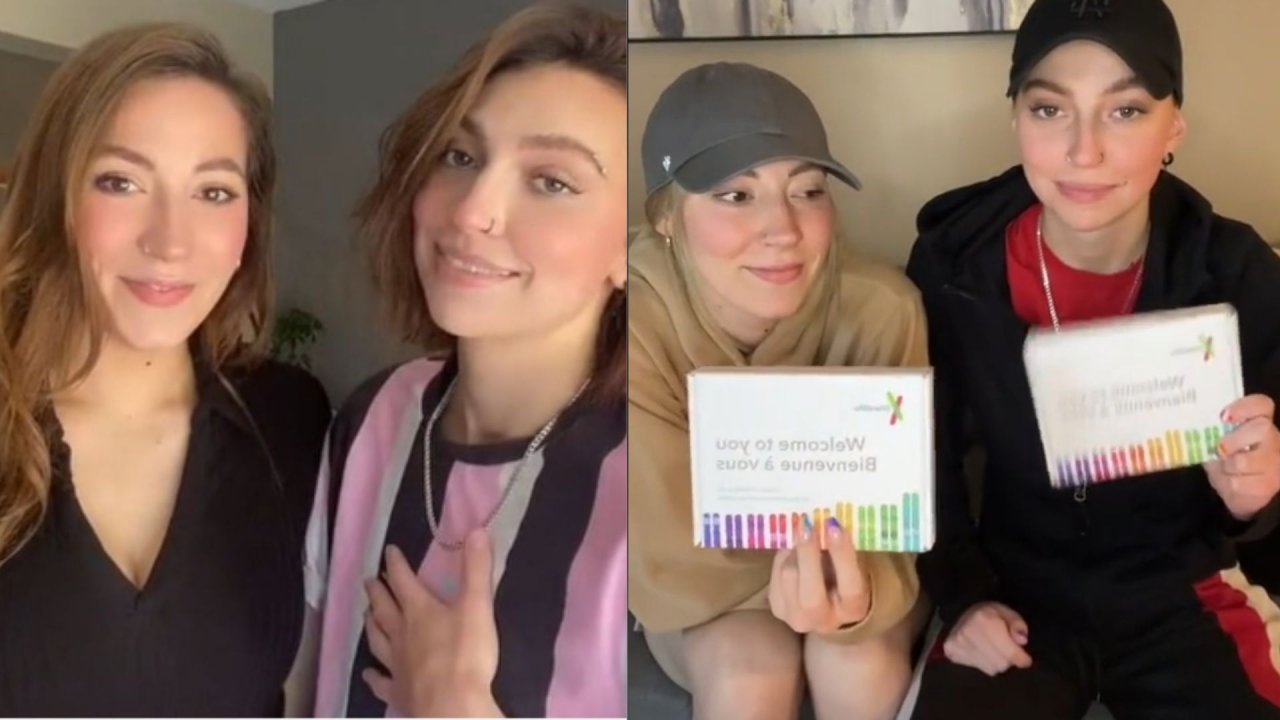 After discovering they could be sisters, girlfriends take DNA test and talk about bizarre coincidence: “Too much for us to process”

The Canadian couple who went viral on TikTok after telling followers that they could be daughters of the same father, spoke this Friday (1st) about how they are dealing with the situation. In an interview with the Daily Star, Carley and Mercedes shared whether they’ve already taken the DNA test and whether their relationship has been affected in any way by the bombshell.

During the chat, they told how they learned that their mothers had a relationship with the same man. “We had our moms over one night, and since we’re all from the same city, they were talking about places and people they used to hang out with in the past. Somehow it slipped out that the two of them were with the same guy and we all thought it was the craziest coincidence!” stated.

They also assured that they have already sent the DNA test, but if you are curious to know the outcome of this story, you will have to wait a little while. The young people said that the result will still take two to six weeks to come out, and that they spent around US$ 300 (R$ 1,599) on the exams to leave no doubt about the matter. They recorded the entire process and publicized it on the networks, just spy!

However, both Carley and Mercedes said they won’t let the possibility of being half-sisters affect their relationship for now. “It was a lot for us to process, but since we don’t know for sure, we didn’t put our relationship on hold.”said the young women.

The influencers have been dating for two years and met at a bar, starting their romance right away. The two became very famous after deciding, at the beginning of the pandemic, to show a more intimate side of the relationship on OnlyFans, a platform dedicated to posting sensual content.

The first video in which they tell about the unusual situation has already surpassed more than 12 million views on Tik Tok. But, according to the couple, the public’s reaction was different from what they thought. “This is a very difficult question, especially with thousands of opinions, but we decided to keep this answer to ourselves until we know the results. The reaction [online] It was actually much better than we expected. More than half of the comments/messages we receive are positive and supportive, but of course we receive negative and hateful comments.”reported. See the video below: