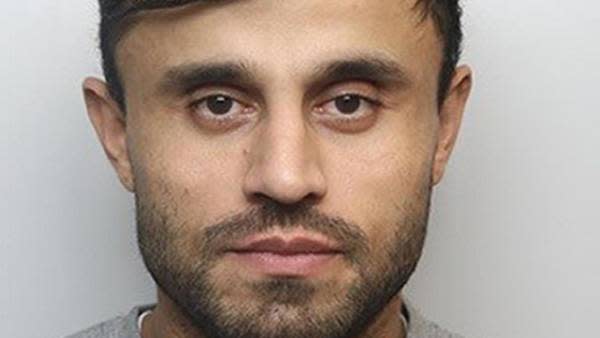 Luiz da Silva Neto, 35, was found guilty by Oxford Crown Court in England after he drugged and raped at least two victims in Oxfordshire in November and December last year. According to the prosecutor in the case, he “baptized” his targets’ drink with drugs and they, in turn, woke up naked and not understanding what had happened to them. The nationality of the investigated was not disclosed.

“Da Silva Neto deliberately attacked heterosexual men who he believed were especially unlikely to report the crimes to the police,” investigator James Holden-White told Sky News. — Da Silva Neto used what appears to be a well-practiced modus operandi; targeting men, administering a substance to incapacitate and overpower their chosen victim, and then engaging in sexual activity with them, knowing they are in no position to consent.

According to the prosecutor in the case, Matthew Walsh, the accused used the drug GHB, which has “euphoric and hallucinogenic effects”, to dope the victims, according to the BBC.

Giant drawings: Millennial geoglyphs in the ground are found on the border of Acre with Bolivia

At this week’s trial, Neto was found guilty on the following charges: intentionally administering a substance; causing someone to engage in sexual activity without consent; besides rape.

The first victim claims to have been drinking with Neto on the property in Oxfordshire, after traveling there for work in November. At one point, he “suddenly began to feel tired,” and fell asleep.

When he woke up, naked, his body was “no longer working… as if he were paralyzed”, and he was receiving oral sex from Neto. The next morning, the victim felt his body “broken in two” and, as he left the property, he saw an empty syringe, which is when he was “convinced that he had been drugged”.

The following month, a second victim came to the property. This time, the newlywed man was taken to Oxforshide after a night out at a London nightclub. He also woke up naked, “in a strange house” around 10 am the next day. He was left “confused, distressed and upset”, not knowing what had happened.

According to the prosecutor, it was taking advantage of the victim’s memory that “began to disappear”, that Neto “took advantage of the man being drunk”. The victim could not explain the hours between leaving the bar and waking up naked in Neto’s bed

Reported missing, the man reported an “overwhelming sense of panic and confusion” before taking a taxi back to London, where he was taken by his wife to hospital. The tests were negative for the presence of the drug GHB.

Luiz da Silva Neto claimed that the sexual relations were all consensual and that he had never drugged anyone.

Your sentence will come out next Thursday.

Previous DNS-over-QUIC is coming to make your connection faster and safer – Tecnoblog
Next UFC 276 has Adesanya, trilogy and Poatan one win away from fighting for the title | combat