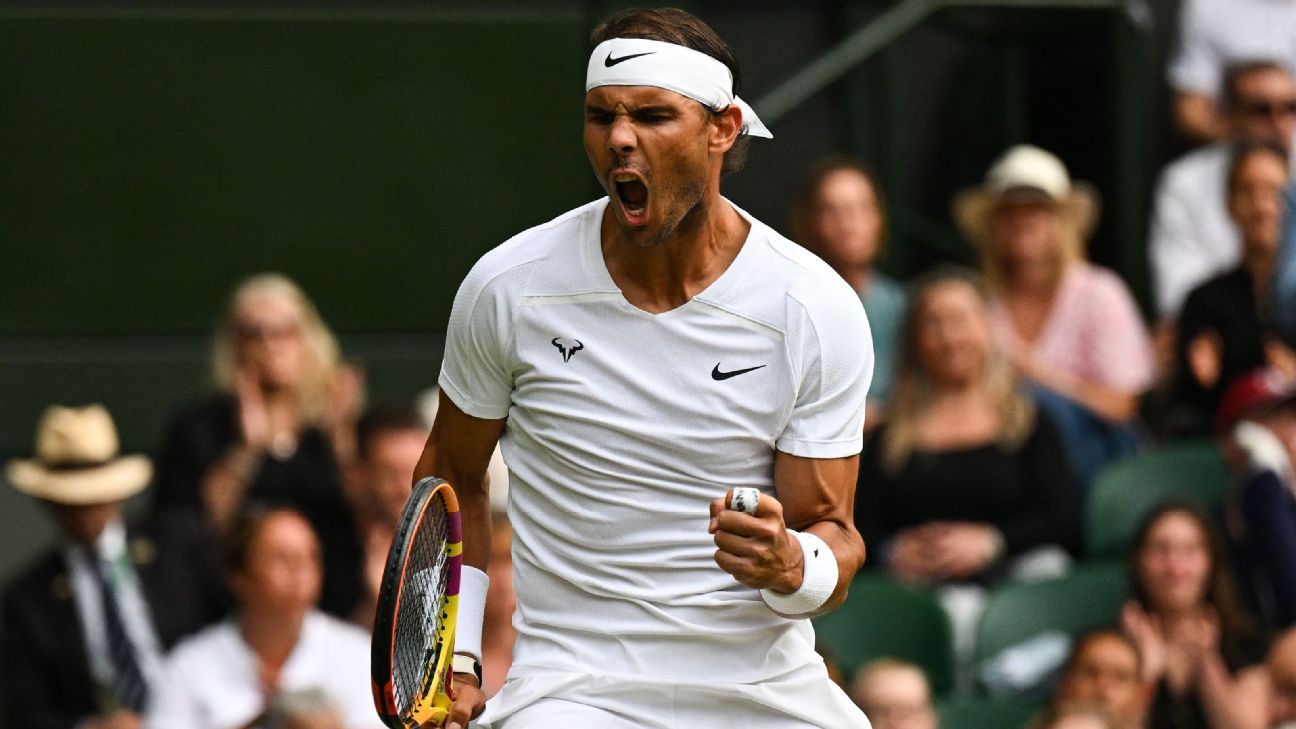 Nadal creates controversy at the end, but beats Sonego in straight sets in the 3rd round at Wimbledon

Former world number 1 beat the Italian with partials of 6/1, 6/2 and 6/4, in just over two hours of departure

In just over two hours into the match, El Toro Miura controlled the match and eliminated the 27th seed of the London Grand Slam.

Nadal started the match very aggressively and won the 1st set in less than 30 minutes.

Sonego was not on the court and had many difficulties to confirm the service. The 2nd half also ended with a wide advantage for the Spaniard.

In the 3rd set, the game was a little more balanced and the Italian started to complain about the low light in the center court, asking the referee to close the retractable roof. The measure ended up affecting the pace of the Spaniard who had his service broken.

In the 4-4 of the 3rd quarter, Nadal called Sonego into the net and asked the Italian to be careful with the screams he let out after hitting the ball. In the view of the former number 1 in the world, the tennis player took a few seconds after the blows to let out the screams. The Italian ended up losing focus and suffered the break in the sequence.

The former number 1 in the world closed the match with a 6 to 4 in the last partial. In the interview after the game, Nadal apologized because he realized that the complaint ended up getting in the way of Sonego in the final stretch of the 3rd set.

Now, the two-time Wimbledon champion advances to the round of 16 and faces Dutchman Botic van de Zandschulp, who eliminated Richard Gasquet in the 3rd round.

It was the best match for the Spaniard in this edition of the London Grand Slam, who for the first time managed to confirm the victory without losing a single set.

Nadal has already won the Australian Open and Roland Garros this season.

Sonego ends his 4th participation in Wimbledon without being able to repeat his best result, when he reached the round of 16 last year.

Previous Martín Guzmán, Minister of Economy of Argentina, resigns
Next Changing a tire will be a thing of the past! Airless items must be cast