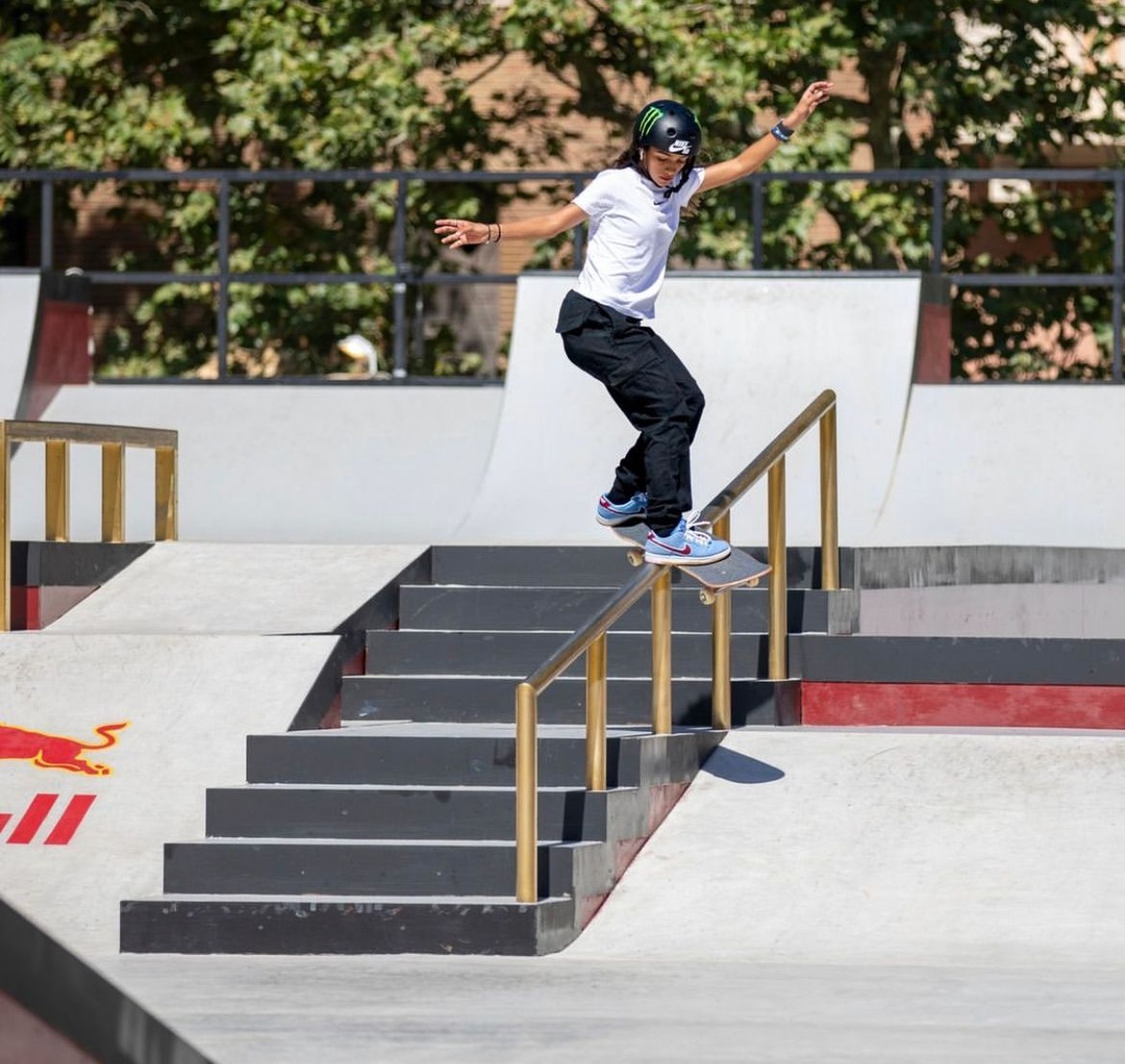 Brazil will have two representatives in the skate street Pre-Olympic final. Rayssa Leal and Pâmela Rosa guaranteed their spot in the final stage of the tournament. Gabi Mazetto, who was the other Brazilian in the semifinals, was in 14th place.

Rayssa qualified for the final in 2nd place with 246.47 points. Pâmela Rosa was in 7th place with 224.28 points. The two compete against five other Japanese and the Australian Chloe Covell. Funa Nakayama, bronze medalist at the Tokyo Olympics, was the only one who surpassed Rayssa in the dispute with 252.41 points.

Gabi Mazetto did well in her laps and managed to land her first maneuver straight away. But the paulista had difficulties in fitting her next maneuvers, especially after a fall that made her hit her face on the ground. Gabi had 121.26 points even with just one maneuver and one lap.

Pamela, on the other hand, surprised her by inserting flip elements into her laps. Exploring the handrails a lot and with explosive maneuvers, the Brazilian veteran promises even more for the finals. The 7th place of Pâmela meant that the Brazilian had a calm semi, without worries in the final stretch.

On the other hand, Rayssa Leal went all out on the track. The “Fadinha” added three grades above 78 points and ended up discarding maneuvers above 82 points. Rayssa performed maneuvers that she is used to. The Brazilian has the advantage of being the penultimate to compete in the final.

The great women’s final of the Pre-Olympic skate street, in Rome, takes place at 2 pm. Sportv broadcasts and you follow all the details on ge.

See the qualifiers for the final

Previous Whose fault is it if my bank is hacked
Next Gamers! Lenovo Legion Y9000K and Y9000X announced with Intel Core i9 and NVIDIA RTX 3080 Ti