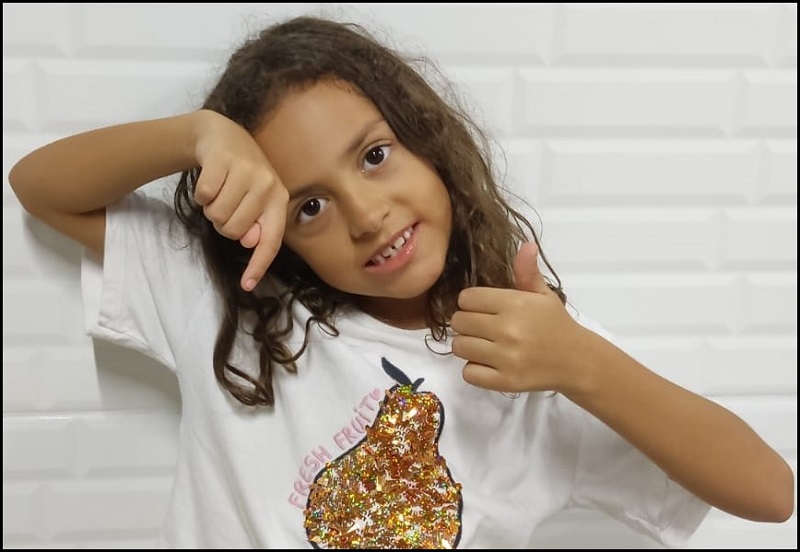 With 1,700 followers on YouTube, 7-year-old Vilhenense becomes an internet sensation with fun videos

She got more than 1,700 followers on Youtube and 7,000 on Instagram after posting fun videos that tell her routine or specific subjects, such as performing a hologram or playing a NASA scientist, when testing the formula called “Coca Cola x Mentos”, in the latter, with the help of fellow “scientist” Breno Henrique.

Marina starts the videos greeting the crowd with the expression “Hello Kittens and Kittens, how are you?” and ends by sending “Lovely kisses from many MIAUUUUUUSS…”.

To Rondônia Extra, Márcio Holanda, who became the producer of the videos, said that Marina’s biggest dream is to reach 1 million followers and anticipated the next video, leaving the date in suspense. “We are working on the production of a really cool little movie. There will even be dinosaurs. I’m using the ecological park as a backdrop. I’m playing producer. Learning a lot from the resources that the internet offers, such as Chroma Key. Everyone will be notified of the new video at the right time,” she says, committing to publicizing the content on the site. Rondônia Extra.

He is also grateful for the website’s support in publicizing the production. “We count on the support of the followers and internet users of the Rondônia Extra and we invite everyone to subscribe to the channel so that the small digital influencer can conquer her big dream, taking the name of our beloved city of Vilhena and the region of Com Sul de Rondônia to the world”, he concluded.