Dinizismo do Fluminense made another victim: with authority, Fluminense gave a ball bath to a Corinthians that was beyond alternative and thrashed 4-0 last Saturday at Maracanã, for the 15th round of the Brazilian Championship. A sovereign and collective performance that was marked by Fred’s possible last goal, but which had much more to celebrate besides the idol’s feat.

The total tricolor domain is clear from the numbers: the Fluminense of Fernando Diniz had 58% possession of the ball, 14 shots against three and 10 chances to score against only one of Corinthiansin a shot by Júnior Moraes that Fábio saved just three minutes into the game.

After the scare, Fluminense created six great chances in the first half: in addition to Manoel and Cano’s goals, the team still had an opportunity at the feet of the striker, getting a rebound after six; two minutes later, Martinelli took too long to finish a cross in the area; at nine, after a great collective play, Samuel Xavier hit a cross, and the Argentine almost didn’t reach the second post; and at 35, Arias dribbled past goalkeeper Cássio, but Caio Paulista missed it.

At the return of the break, Fluminense lowered the lines and “took his foot” in the first minutes, but as time went by, he began to fit counterattacks, as in Cano’s second goal. In addition to this move and Fred’s feat at the end, the team still had two more good opportunities in the second half: one with Willian Bigode face-to-face with Cássio in the 36th minute, after a great pitch by André; and another with the boy Alexandre Jesus fumbling to kick when receiving from Fred in the area at 39.

Martinelli in action for Fluminense against Corinthians — Photo: Thiago Ribeiro/AGIF

Obviously, it is necessary to relativize the fragility of the opponent. Due to having several absences and being focused on Boca Juniors, from Argentina, for the round of 16 of the Copa Libertadores, Corinthians sent to the field a team full of reserves and boys who had just left the base. But Fluminense did its duty and took the opportunity to further mature Dinizismo.

The tricolor “tiki-taka”, which appeared on many occasions, even without overwhelming possession this time, had the important increase in the dead ball. Fluminense haven’t scored like this since Cano’s 2-1 defeat at Fla-Flu at the end of May. Of the 29 goals under Diniz’s command before this round, only four had come out that way.. And against Corinthians, the first two were on set pieces and gave the team peace of mind.

And Diniz once again nailed it: with Nonato suspended, the coach surprised by putting Martinelli in his place, and he fit like a glove. The midfielder played a game and actively participated in the last two goals of the game: he let the team out of the water when he started the counterattack, which ended with Cano’s well-aimed kick; and gave the sugar assistance to Fred.

The coach also glued Samuel Xavier to Giovane, and the right-back made an impeccable departure in marking, taking away all the speed of Corinthians in his sector. On the other hand, finding a replacement for Luiz Henrique, as expected, will not be easy. Diniz bet on Matheus Martins, who didn’t make a bad start, but the boy, with enormous potential, still looks “green” for a mission of this magnitude.

Despite the victory, Fluminense did not climb the table and remained in the G-6 of the Brasileirão with 24 points. But it reduced the distance for the vice-leader (formerly Corinthians, today Athletico-PR) from five to three points. The cast got off this Sunday and Monday and will perform again on Tuesday morning at CT Carlos Castilho. The team returns to the field next Saturday, at 19:00 (Brasília time), against Ceará at Maracanã. 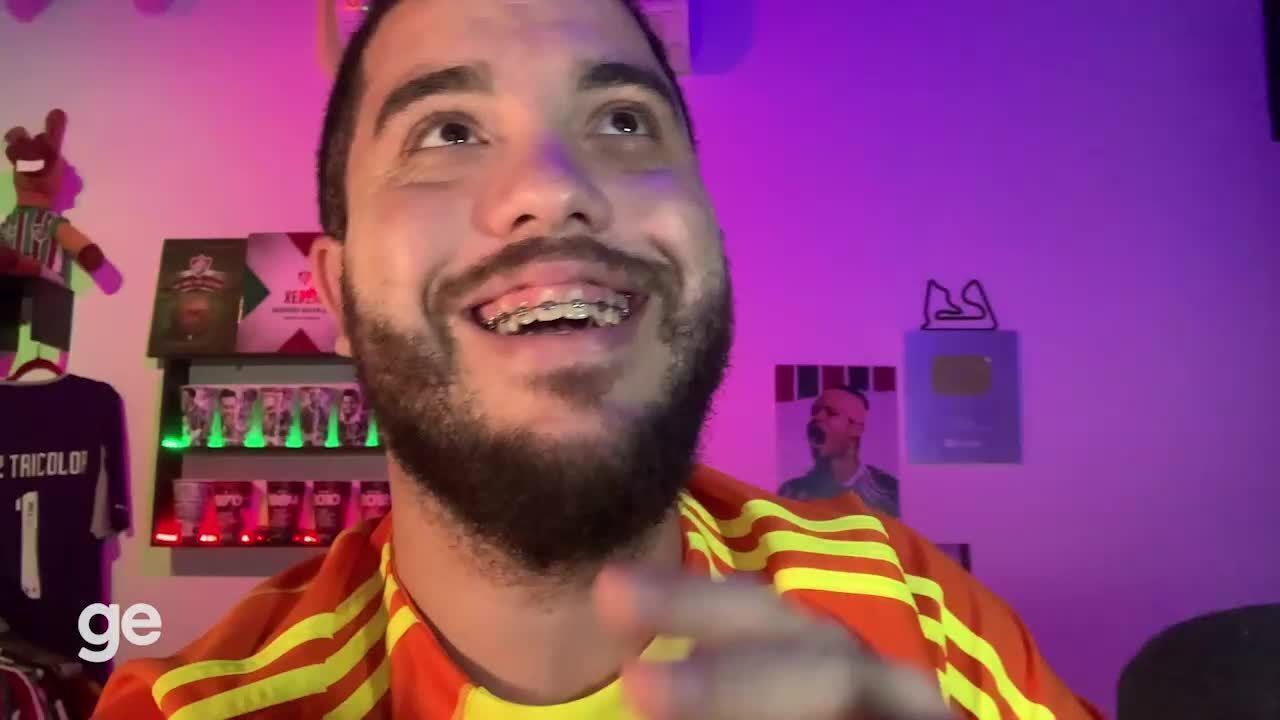 “Today is all about Frederico Chaves Guedes!”, celebrates Gabriel | The Voice of the Crowd