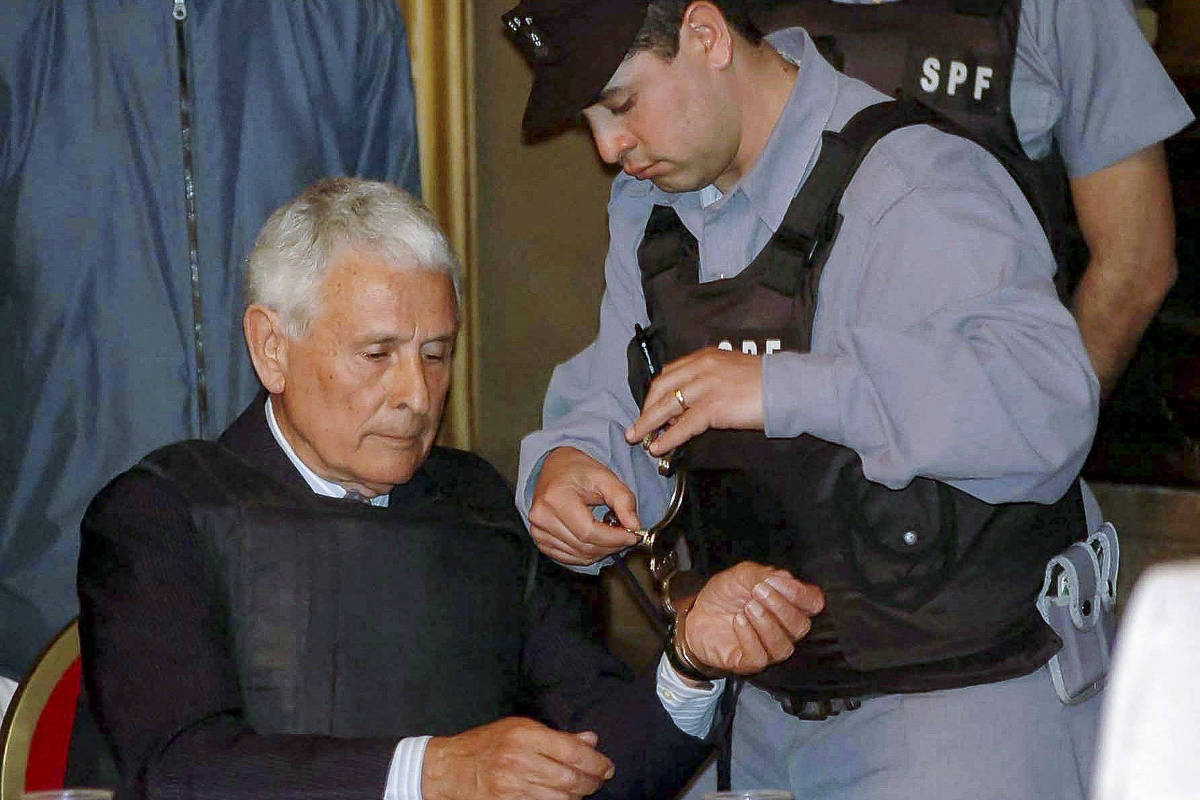 Died this Saturday (2) Miguel Etchecolatz, 93, one of the biggest torturers of the dictatorship in Argentina (1976-1983). He had nine life sentences for crimes against humanity.

Etchecolatz was director of the Buenos Aires police until 1979, when he retired. During the dictatorship, he commanded at least 20 clandestine detention centers, where thousands of people were tortured and killed.

In 1986, he received his first conviction. At the time, the Justice indicated that he tortured 91 people. Years later, the ex-cop was convicted of stealing babies, kidnappings, murders and disappearances.

The last conviction was in May. He was tried for kidnapping and torturing seven victims and murdering three others. The crimes took place in the clandestine prison known as Pozo de Arana (spider pit). Earlier, in 2018, the former police officer was convicted of aggravated murder and rape.

Etchecolatz was also one of those responsible for the so-called “Night of Pencils”. In September 1976, ten students were arrested and tortured by the police in La Plata, in the province of Buenos Aires.

One of the most iconic trials took place in 2006. At the time, bricklayer Jorge Julio López called Etchecolatz a “serial killer” and said he “had no compassion.” Days later, the witness disappeared and, to this day, the disappearance is linked to the name of the former police officer.

Etchecolatz never released information on where the bodies of victims of the dictatorship were. “Because of my position, I had to kill and would do it again,” he said at one of the trials.

After the death was announced, politicians lamented the fact that the former policeman did not give details of the cases. Environment Minister Juan Cabandié wrote that “genocides continue to die without revealing their secrets, without saying where they are or what they have done to our missing relatives and companions.”

“He was clearly aware of what he did until the end. Never, even in every opportunity he had, did he say a word about the fate of the disappeared,” said congresswoman Myriam Bregman on Saturday. “When we sometimes spoke of ‘ex-genocidal’ or ‘ex-repressor’, we lawyers said he was not ‘ex’, because he renewed his commitment to disappearances every day,” she added.

Etchecolatz died of heart problems at a clinic where he was admitted on Wednesday (27), according to local media. Before, he was trapped. In 2016, the Justice even granted him house arrest, on the grounds that, due to the ex-policeman’s age, he could not stay in a common penitentiary. The decision, however, was revoked after an appeal by the government – ​​then led by Mauricio Macri.

Under Argentine law, those over 70 have the right to ask to serve the rest of their sentence at home — this is the case for members of the military regime. The Macri government, on the other hand, made room for complaints from the military, granting them audiences. The administrations of former presidents Néstor and Cristina Kirchner, on the other hand, transformed the judgment of those responsible for the dictatorship into state policy. Néstor, for example, overturned existing pardons and amnesties for soldiers who committed crimes under the dictatorship.