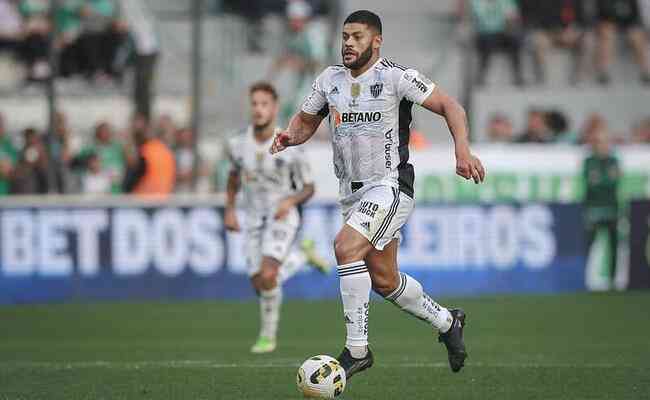 The penalty goal against Juventude made Hulk the 36th top scorer in Atlético’s history. The shirt 7 alvinegro opened the scoring in the victory of Galo by 2 to 1 over the team from Rio Grande do Sul, this Saturday (2), at Alfredo Jaconi stadium, in Caxias do Sul, for the 15th round of Serie A of the Brazilian Championship.

Hulk now has 58 goals scored with the Atlético shirt. He tied for 36th position with Bahiano, Vavá, Carlyle and Sérgio Araújo, outstanding players in the past. See below the ranking with the 50 greatest goalscorers of all time in the club.

The next goal will place Hulk as the 34th top scorer in Atlético’s history. With 59 goals scored, they are ahead of the forward: Renato Morungaba and Danival.

Benedito Alves de Jesus, better known as Bahiano, marked his time at Atlético in the 1940s. He arrived at the club in 1940 and stayed until 1944. During this period, he won three Campeonato Mineiros and scored 58 goals.

Vavá is another great player who was forever in the history of the Minas Gerais club. Champion of Ice in 1950, the winger wore the white shirt in 118 matches and scored 58 goals. He ended his career prematurely, aged 23, after discovering a heart condition.

Carlyle was a forward for Galo in 1947, 1948 and 1950. In addition to scoring 58 goals, he was noted for his irreverent style. In 1948, in a match in which Atlético beat América 4-0, he dribbled several opponents, sat on the ball in the middle of the field, and was sent off.

The other current holder of Atlético’s 36th top scorer, with 58 goals, is Sérgio Araújo. The former player played for the alvinegro team at the end of the 80’s. He was a fast winger, dribbler and was hardly stopped without faults by opponents.