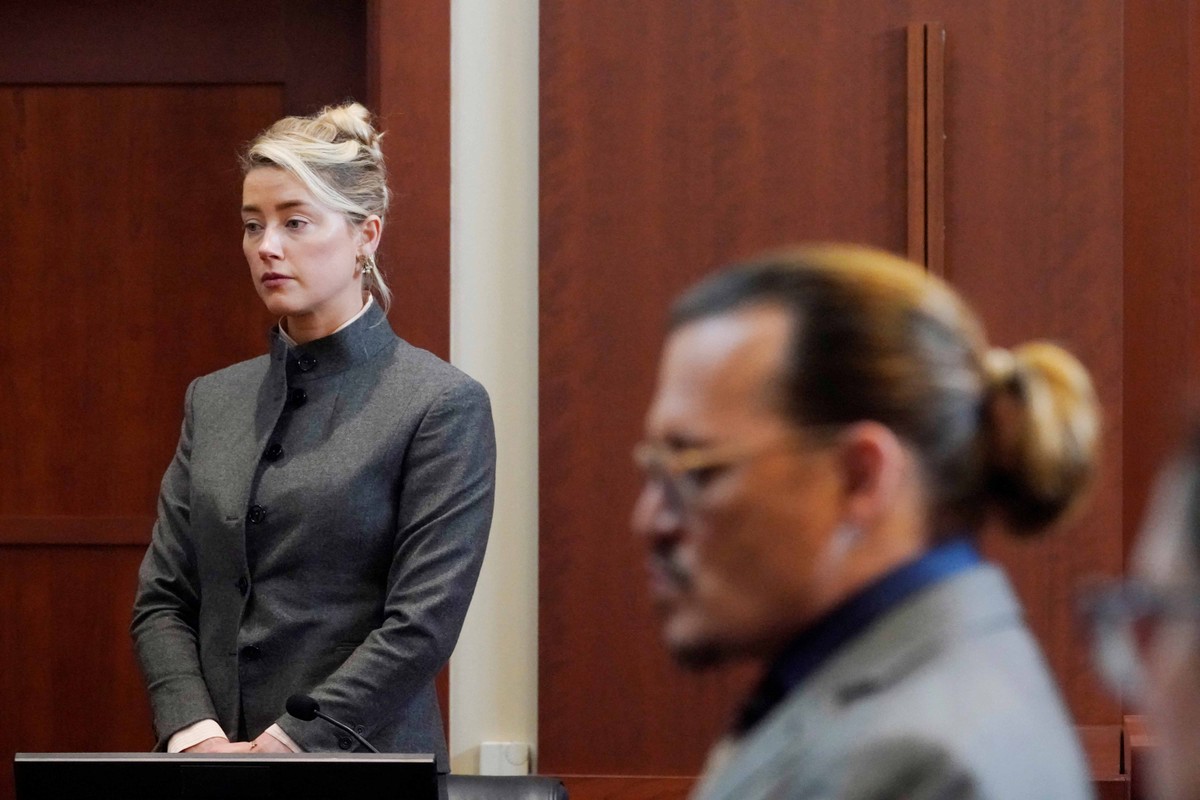 Jury members in the six-week trial, in which the two actors exchanged domestic violence charges, took sides with Depp.

Thus, they decided that Heard must pay US$ 10.35 million dollars for defaming him in a column published in the newspaper “Washington Post” in 2018, in which she did not mention the actor’s name, but indirectly described him as a representative of the “domestic abuse”.

On the other hand, Depp will have to compensate the actress in $ 2 million for damages and losses. Heard’s attorney, Elaine Bredehoft, said Thursday that her client could not afford to pay the stipulated damages.

Judge Penney Azcarate decided, weeks before the start of the trial, to allow the presence of cameras in the state court, fearing that if she did not, too many reporters would turn up to follow the case.

“I don’t see any good reason not to allow” the cameras, Azcarate told Variety magazine, a decision that the Pirates of the Caribbean star’s lawyers endorsed but which Heard’s defense tried in vain to thwart.

Michele Dauber, a professor of law at Stanford University and an activist against sexual assault in the university environment, called the judge’s decision “the worst” for victims “in decades”, which reveals “a profound lack of understanding on the part of the judge on sexual violence”.

Heard was forced to “describe her alleged rape in graphic detail on television. This stirs the conscience and should offend all women and victims, whether they agree with the verdict or not,” she said.

Dauber explained that the last case she remembers that a rape victim was forced to publicly testify to took place in 1983.

“There is no way to justify the judge’s decision to allow cameras in this case. […] There is no public interest in this case that can compensate for the damage caused.”

On the other hand, it argued that “all victims will think twice about coming forward and seeking a restraining order or telling someone about any abuse they are experiencing after that.”

“Women can end up injured and even killed by not seeking help. This case was a complete disaster,” he said.

The trial has captivated a worldwide audience that is not used to seeing sexual assault allegations and a couple’s intimacies in court and that, regardless of opinions on the verdict, is an issue, said Ruth Glenn, president of the National Coalition Against Domestic Violence. .

“I believe that we still have a society that does not understand the dynamics of domestic violence,” Glenn told AFP in an interview.

That context was not discussed enough during the Fairfax lawsuit, she argued, emphasizing that for her and her colleagues there was “no doubt” about the patterns of abuse that presented themselves.

“You have to make sure that there are people present who understand that. And until they don’t, we can’t televise that,” he said.

Dauber, who was abused online for tweeting about the case, also said it reveals the growing backlash against women’s rights in the United States.

Public opinion has remained strong on Depp’s side, with Heard serving as the target of numerous social media posts and memes, some of which Dauber described as “pure misogyny”.

The verdict was welcomed by many exponents of the political right, Dauber said, including Twitter messages from Donald Trump Jr., the son of the former Republican president, and the powerful Republican Judiciary Committee of the House of Representatives.

Heard was “metaphorically tarred and feathered,” and the verdict “make it clear that, for now, the backlash against women’s rights is taking over,” he wrote. In addition, she cited fears surrounding the possibility that the US Supreme Court would overturn the right to abortion.

For many, the Depp-Heard case also casts doubt on the future of “#MeToo,” the movement created from the 2017 hashtag that encouraged women to report men who had abused them.

“It’s impossible not to see this as a violent reaction to #MeToo, as if women have gone too far. Alright ladies, we heard you and arrested some men. Don’t be so greedy now,” wrote one Reddit user in a post. blog post for the web content guide Embedded Substack.

For her part, Tarana Burke, founder of the #MeToo movement, posted on Twitter a defiant post that enumerated her achievements and urged her followers to focus on the millions of women who now speak without shame, rather than stepping into the crossfire of judicial victories and defeats. “This move is very ALIVE!” she exclaimed.

Glenn, on the other hand, was more philosophical. “I would say anyway, I don’t know how much traction we’ve gained. So we should use that as a reminder of the work we still need to do,” she told AFP.