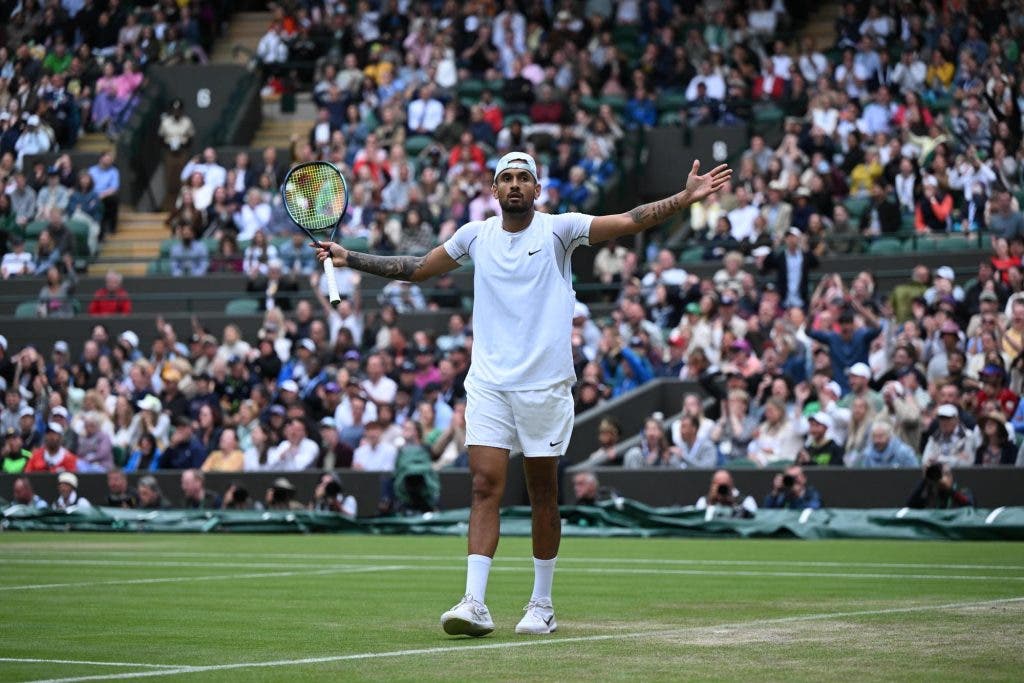 As soon as the Wimbledon draw was done, everyone circled one area of ​​the board: Nick Kyrgios and Stefanos Tsitsipas they could face each other in the third. When the meeting was confirmed, expectations rose. And now that it’s happened… Well, it was almost just a unicorn left to ride into Court 1 of the All England Club.

In a duel full of pranks, balls to the bench, warnings and target shooting, the Australian, number 40 in the ATP ranking, came out on top in an authentic circus with the 5th place. 6-7(2), 6-4, 6-3 and 7-6(7) was the end result of a battle that had as many controversial moments as spectacular tennis on both sides.

The first match was marred by four break points not used by Kyrgios, before Tsitsipas was surgical in the tie-break. In the second match, the Australian finally managed to make the break in the tenth game, before the Greek threw a ball into the stands and Nick asked for his opponent’s disqualification. Tsitsipas escaped with a warning, but didn’t stop Kyrgios’ momentum in the third match, which had another ball from the Greek heading towards the crowd.

The circus was set and, after a target shooting attempt by Tsitsipas at Kyrgios, the fourth set saw a fall from the Australian that seemed to result in an injury. This was not confirmed and the level remained very high. Opportunities followed for both sides and the Greek had a set point at 5-4, well saved by Kyrgios, who would even seal the place in the round of 16 in the tie-break. But that tiebreaker had a match point annulled by Tsitsipas, another set point brilliantly erased by Kyrgios, until the curtain on the show closed.

Now you will measure forces with Brandon Nakashima. Where will it stop?

Chaos! Kyrgios asked for Tsitsipas to be disqualified and accused Greek of hitting a fan

Previous See what the Twilight Saga cast is doing these days
Next Klara Castanho reveals sexual violence in an open letter: “The most difficult report of my life”