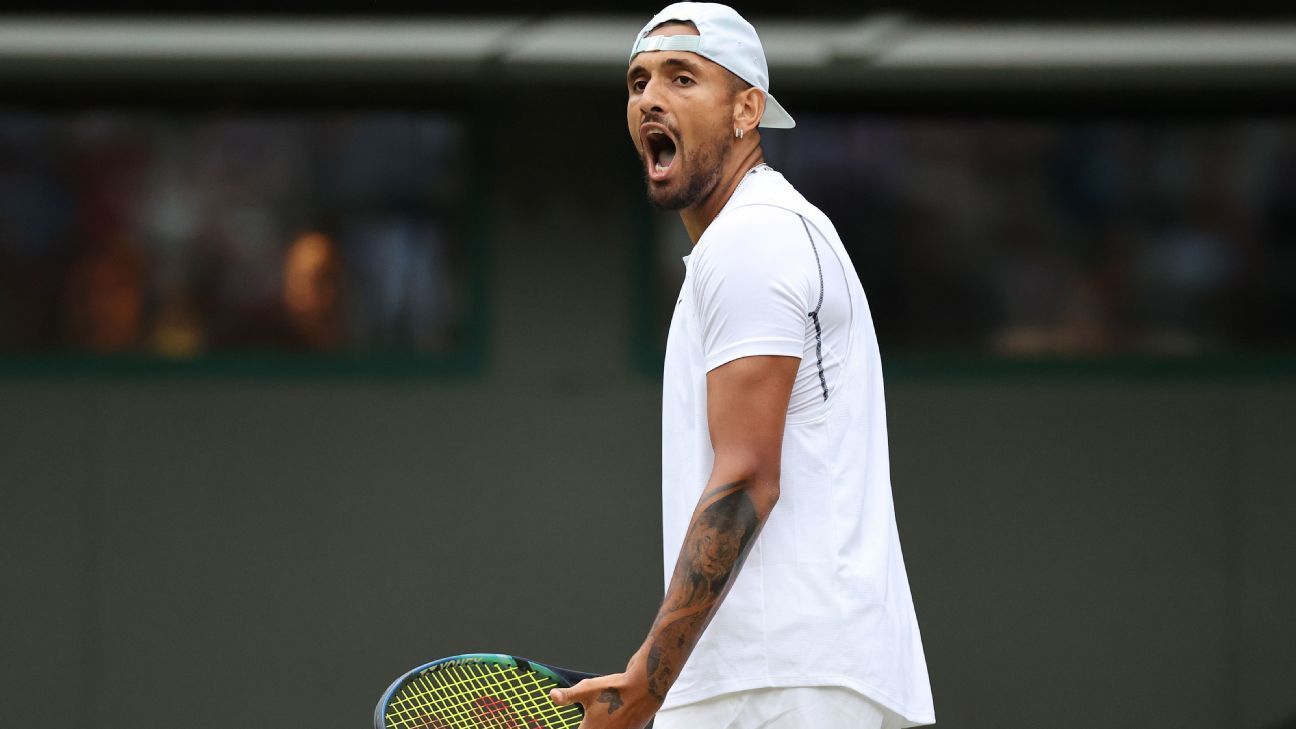 Kyrgios seeks incredible comeback against Tsitsipas in best – and most controversial

Bottom looting, arguments with the referee, penalties and lack of control by the two players marked the controversial match

What Nick Kyrgios and Stefanos Tsitsipas did for tennis this Saturday will not be forgotten anytime soon. Lucky for those who watched.

In the game full of controversies, Nick Kyrgios fought hard, complained as usual and, based on his race and category, sought a simply spectacular comeback against Stefanos Tsitsipas, for 3 sets to 1 (partials of 6/7, 6/4, 6/3 and 7/6), to advance to the round of 16 at Wimbledon.

The Greek Tsitsipas, number 4 in the tournament and until then one of the favorites for the title in England, came out ahead with a very tight set: 7-6 in the tiebreak.

But Kyrgios is Kyrgios. With a lot of struggle and support from the crowd on Court 1, the Australian tennis player, often “out of control”, began to impose himself from the next set.

And for Kyrgios, asserting himself means much more than “just” putting on tennis.

The Australian, controversial as ever, began to pressure the referee at all times. The crowd, of course, reacted. And this time, in your favor most of the time.

Kyrgios was heating up game by game, while Tsitsipas tried to stay firm in front of the very difficult opponent.

At one point, in one of the biggest controversies of the match, Kyrgios accused Tsitsipas of trying to hit a fan on purpose. The chaos then only increased from there.

“Dominating” the crowd and refereeing, Kyrgios won the second set 6-4 and turned the match 6-3 in the following. Tsitsipas even tried to hit an opponent during a point in another controversial episode of the match.

In the last round, the Australian prevailed again, this time in the tiebreak, and got the best with a 7-6 (9-7), to the delight of those who watched the home game and, of course, Wimbledon Court 1.

With the spectacular comeback, Nick Kyrgios goes to the next round of the oldest tennis tournament in the world. The opponent will be Brandon Nakashima, a 20-year-old American. The match takes place on Monday.

Previous Margot Robbie – 32 Years | Movies with the Oscar nominee to watch on streams
Next ‘Suddenly, we gained a quality reinforcement’