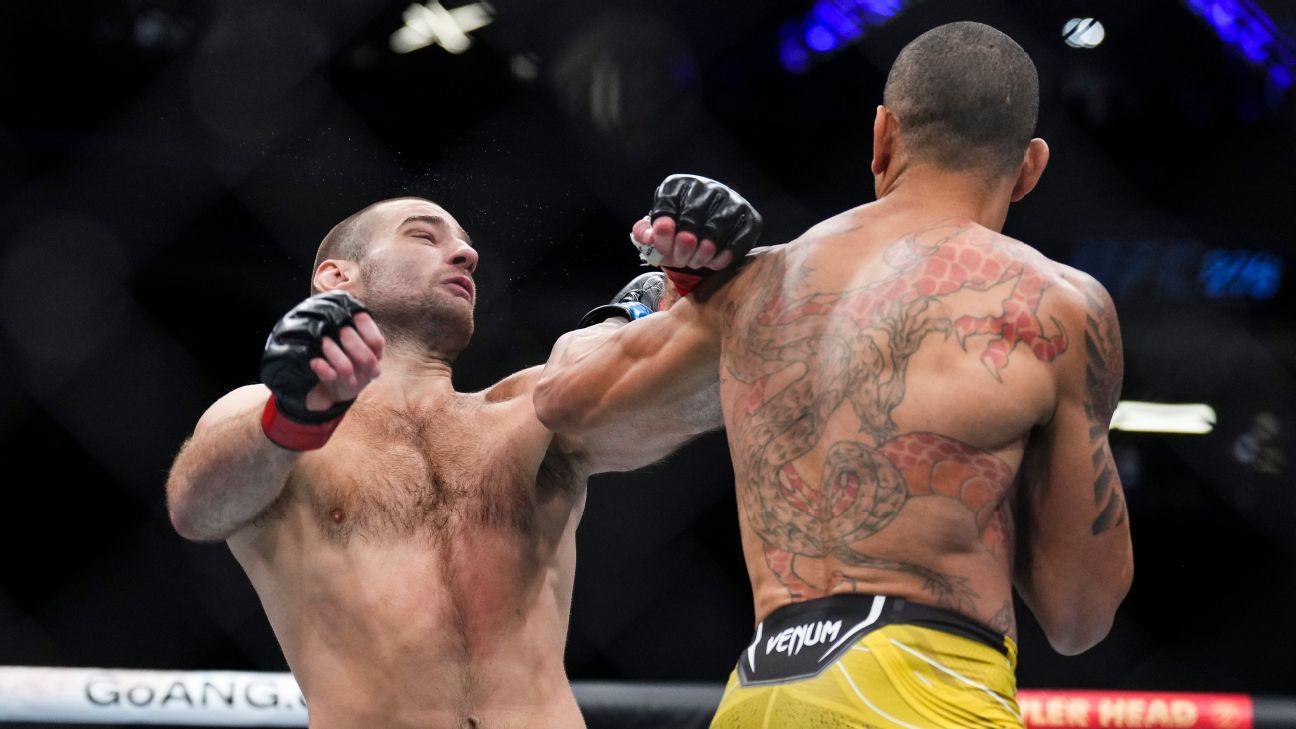 In the final part of the first round, Alex Poatan left Strickland ‘without a soul’ in the Octagon and qualifies for the fight for the UFC belt

Alex ‘Poatan’ Pereira continues to win in its trajectory of UFC. This Saturday (2), the Brazilian faced and knocked out Sean Strickland still in the first round and heading for the fight for the organization’s belt. With the victory by knockout, the Brazilian puts himself inside the top 3 of the category and now waits for Israel Adesanya to fight for the belt.

“I want to thank my opponent for accepting him, he was a brave guy because many didn’t accept it. What he said in an interview, I don’t care. I did my job. I started kicking my calf. started to feel it. I started putting blows on the waistline, he felt it. And then I went to the head. It took a little while, but the strategy was 100%”

Alex Poatan arrived in the UFC with a great status for his trajectory in kickboxing. Champion in Glory on more than one occasion, beating Adesanya twice in the organization, the Brazilian entered the largest MMA organization in the world, already facing the biggest in the category.

So far, the Brazilian has climbed into the Octagon on two occasions and won both. Before the bout at UFC 276, Dana White had already declared that the winner of the bout between Poatan and Strickland would be the next challenger for the belt.

It is worth remembering that, for many MMA analysts, Poatan is seen as the only fighter in the organization with weapons to defeat Adesanya.

No chance. Using the greatest reach, Alex Poatan Pereira was putting good kicks and punches on the opponent in the first minutes. Gradually, according to the Brazilian himself, it was possible to notice that Strickland felt his legs and the Brazilian took advantage. With a beautiful cross punch, Poatan ‘took the soul’ out of Sean and ended the fight with 2 minutes and 36 seconds left in the first round.

Previous Early Parkinson’s: understand the symptoms of Renata Capucci’s disease – Campos 24 Horas
Next what are they and why are they important?