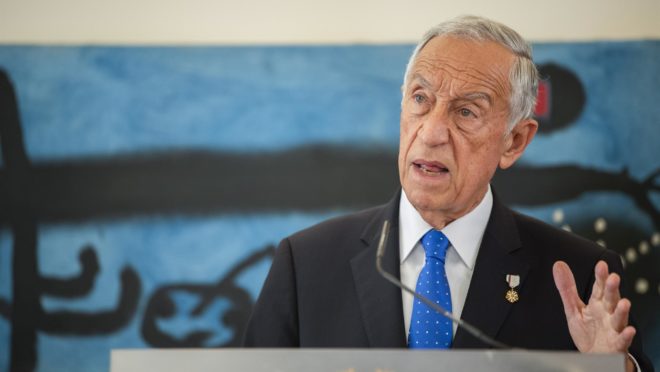 President of Portugal comments on cancellation of lunch with Bolsonaro: “no one dies”

The President of Portugal, Marcelo Rebelo de Sousa, commented on the cancellation of the lunch he would have with Brazilian President Jair Bolsonaro (PL), next Monday (4). “Whoever invites is who can decide whether or not to have lunch,” he said in a press conference at Lisbon airport, on Friday night (1st), before boarding to celebrate the centenary of the first transatlantic Portugal-Brazil flight. .

Earlier, Bolsonaro confirmed that he had cleared the agenda with the Portuguese president: “I decided to cancel the lunch he would have with me, as well as the entire schedule”, because “he would have a meeting with Lula”.

“It is evident that if Bolsonaro understands that he cannot, does not want to, is not opportune, does not enter into his schedule and was kind enough to confirm in writing, I will not go to Brasília,” he said. Despite what happened, the Portuguese head of state, who is affiliated with the Social Democratic Party, said that “nothing” changes in relations between Brazil and Portugal.

The president of Portugal also said he understood the divergent “political issues”, citing as an example the views of both countries on the war in Ukraine. “I understand that there are political issues. Portugal is an ally of Ukraine, Brazil is not. Now lunch is an issue that was not included in the first program of the trip to Brazil. completed.

Previous Simple trick helps free up iPhone space; learn how to do | Productivity
Next See which are the highest paid professions in Brazil