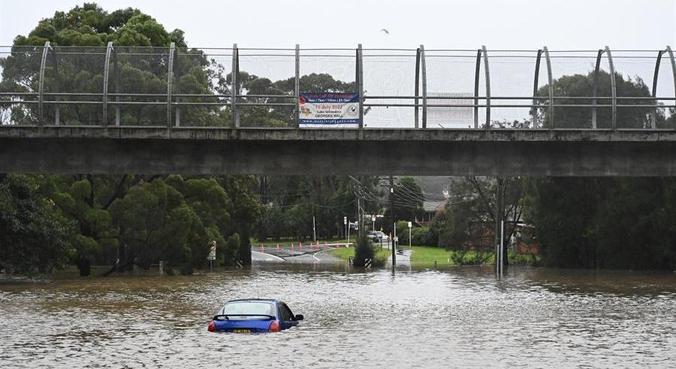 Thousands of people evacuated by flood that threatens Sydney – News

Thousands of Australians in Sydney, Australia, were ordered to evacuate their homes on Sunday as torrential rains hit the country’s largest city and flooded its surroundings.

Roads across the city are impassable and officials say at least 18 evacuation orders have been issued in western Sydney, an area hit by severe flooding last March. “This is a life-threatening emergency situation,” Stephanie Cooke, Minister of Emergency Services for the state of New South Wales, told reporters.

With weather conditions predicted to worsen in the coming days, Cooke described the flooding as a “rapidly evolving situation” and warned people to be “prepared to leave their homes at any time”.

She urged people living along a 500km stretch of Australia’s east coast, south and north of Sydney, to consider canceling trips during school holidays due to the weather.

Emergency services responded to more than 29 flood rescues and were called more than 1,400 times in the past 24 hours, the agency said. March floods on the east coast, triggered by severe storms that ravaged western Sydney, claimed the lives of 20 people.