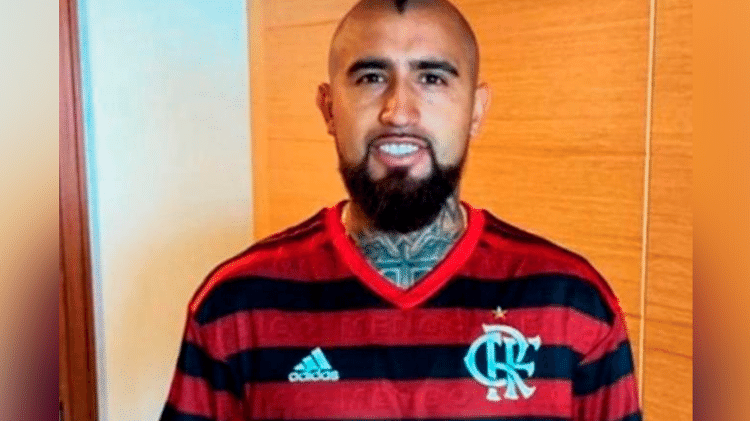 The 2-1 victory over Santos at Vila Belmiro, with a good performance by the mixed team for most of the 90 minutes, was surprising given the context of the week at Flamengo, with the exhausting trip to Ibagué and the departure of Andreas Pereira, right in the The midfielder’s best moment at the club.

But it was precisely in this sector that Dorival Júnior found the best solutions, with Everton Ribeiro more inside in the 4-3-3, with Marinho open on the right, and Victor Hugo, attacking midfielder from the base, performing a more articulation and combat role. Both ahead of Thiago Maia, one of the red-black highlights in Baixada Santista.

With the three points unexpected by the circumstances, a “flare” of hope was opened for Flamengo in the season. He plays with an advantage at Maracanã against Tolima to reach the quarterfinals of Libertadores and has an accessible table until the end of the Brazilian’s shift: at Neo Química Arena against a Corinthians that it is not known how they will leave Bombonera, then Coritiba and Juventude at home, closing against Avaí in Ressacada.

Evolving performance and gaining confidence as a result, it is not impossible to add ten points or even reach the four victories that would probably take the team to the G-4. And there is still the possibility of a comeback in the Copa do Brasil clash with Atlético Mineiro, even if it is with a minimal advantage and victory on penalties.

Something unimaginable not long ago, in which eliminations in the knockout stage seemed certain and the fight in the Brazilian Nationals was reduced to staying away from the Z-4. The team is gaining face and seeing Arrascaeta serving Pedro and Gabigol in the area to take advantage of the goalkeeper’s rebound on the winning goal in Vila is one to create a hint of optimism.

Soon after the game, the news that Flamengo closed with Arturo Vidal. After months of “digging” on social media and a flirtation with Boca Juniors, the red-black management offered a contract until the end of 2023 for the 35-year-old midfielder.

Another veteran in the cast criticized precisely for the high average age. It is clear that the former Internazionale player, who recently played a great match against Jürgen Klopp’s Liverpool in the Champions League, can be competitive in Brazilian football. And in Dorival’s 4-3-3, the fit of the Chilean’s characteristics in midfield, who lost Andreas, is even interesting.

But it is impressive how lazy and media-oriented the Flamengo market is. Taking away the opportunities due to the war between Russia and Ukraine, always names that pop up on social networks and get excited about the brand. Hardly ever a good catch, a name carefully picked after scouting work. The last ones were Pablo Marí and Fabricio Bruno.

The rest is new-rich vanity. If you couldn’t “take” a player from Manchester United, now they went after one from Benfica and another from Inter. Just like last season, in addition to Andreas, the targets were David Luiz, ex-Arsenal, and Kenedy, on loan from Chelsea. Lots of pomp, but who actually worked?

Marcos Braz/Bruno Spindel will still have to move for a right back and at least another midfielder. A striker to make up for Bruno Henrique’s long absence would also be interesting. Unless the pair of directors, with an accommodated, populist and “economical” posture, concludes with the victory in Vila with the reserves that this squad is in good shape until November.

Then the “flare” mentioned above can again gain a cloud full of doubts. Between Heaven and Hell. Typical of Flamingo.

Previous Natalie Portman talks about Thor: The Dark World
Next Scams on WhatsApp: learn about the 8 most common types and learn to protect yourself | Technology