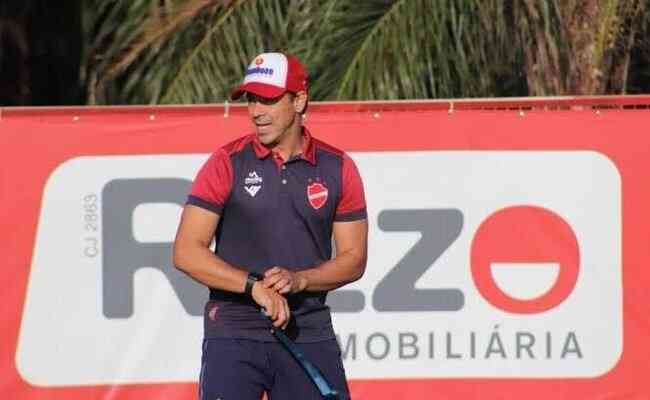 Vila Nova fires coach after defeat to Cruzeiro in Serie B

Vila Nova fired, this Saturday morning (2), coach Dado Cavalcanti. After the 2-0 defeat to Cruzeiro, at Mineiro, in Belo Horizonte, for the 16th round of Serie B of the Brazilian Championship, the Goiás club informed on Twitter that the coach left the command of the team.

Also according to the statement made by Tigre, assistant Pedro Gama and physical trainer Leonardo Fagundes also leave the club.

Data could not resist another negative result from Vila Nova. The team from Goiás has been without a win in the Second Division for 10 matches. The last triumph was on May 6, when they beat Nutico 2-0 at home. Since then, it has accumulated five draws and five defeats.

Vila Nova is in a desperate situation in the national competition. The defeat to Cruzeiro further sank the club in the bottom, with 12 points. The distance to CSA, the first team outside the relegation zone, is four points.

Before taking over Vila, Dado Cavalcanti played in several traditional teams in Brazil, such as Vitria, Bahia, Paysandu, Nutico, Cear, Coritiba, among others.