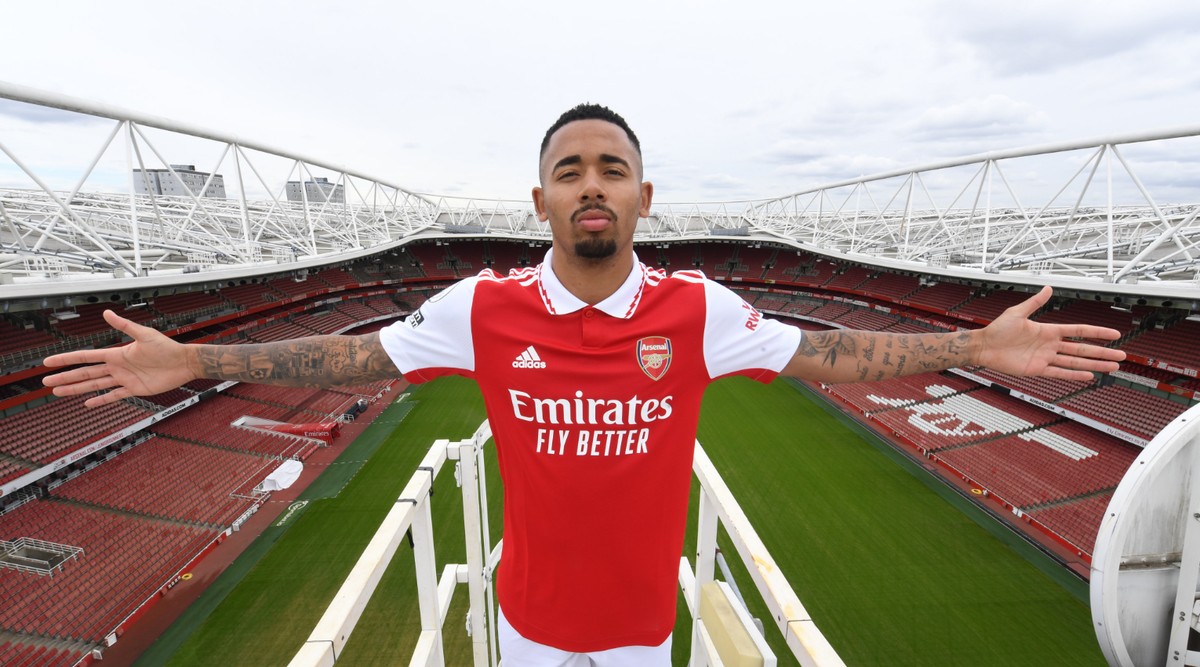 Gabriel Jesus at Arsenal is official. The London club announced the signing of the Brazilian on Friday morning. The 25-year-old leaves Manchester City after five and a half seasons in a £45m deal.

For the Gunners, the Brazilian striker will wear jersey number 9. The number belonged to Alexandre Lacazette, who moved to Lyon after five seasons on the team. At Arsenal, Jesus meets two other Brazilians and namesakes: defender Gabriel Magalhães and striker Gabriel Martinelli.

– I am very happy to be here, to be signed by this great club. From day one, when I knew I could come and play for Arsenal, I was happy. I know the coaching staff, I know some players, the Brazilians. I know we have amazing players. They are young, so am I. I come to help, learn and give my best – said the player. See the full interview in the video below.

He has signed a five-year deal, until 2027, and is expected to earn the club’s highest salary of £10 million tax-free per season. Palmeiras is entitled to 5% of the transfer share, as per agreement on the sale of Gabriel to Manchester City in 2016, plus 2% from the solidarity mechanism. With this, the Brazilian team should earn around R$ 20.2 million in the transaction.

Gabriel Jesus is announced as an Arsenal player – Photo: Arsenal

Chelsea, Tottenham, Real Madrid and PSG even expressed interest in Jesus, but the expected role at Arsenal and the salary and purchase proposal stood out. In the Gunners, he will arrive as the main signing of the season, he will be able to act as a striker and should have more minutes, something desired by the player before the World Cup.

The permanence in the Premier League and the good relationship with director Edu Gaspar and coach Mikel Arteta were also assets for Arsenal, who will not play in the Champions League in 2022/23. The coach was Guardiola’s assistant at City and worked with Gabriel Jesus at the club between 2017 and 2019.

Gabriel Jesus leaves Manchester City with 95 goals in 236 games. He won 11 titles with the team’s shirt, where he was since the beginning of 2017. There are four Premier League cups, four League Cup trophies, two FA Super Cups and one Super Cup.