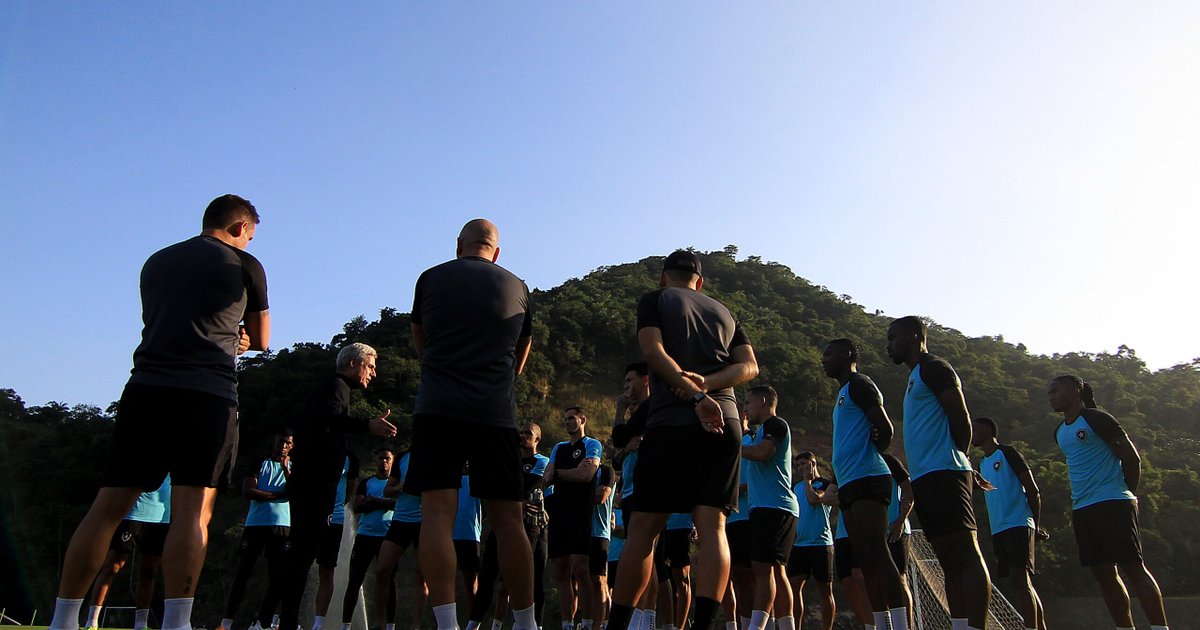 Of the eleven players who started the match at Independência, last Thursday, when the Botafogo lost 3-0 to América-MG, nine were in the last Série B. Out of twelve players signed in the “Era Textor” for the main team, only Patrick de Paula and Philipe Sampaio started. The reasons are varied, and the difficulty in using reinforcements — highlighted by the coach in interviews — is just one of the difficulties that Portuguese Luis Castro been having in Botafogo.

Today, against Bragantino, at 20h, the difficulties will continue, although smaller. Defender Victor Cuesta, and midfielders Luis Oyama and Lucas Fernandes are expected to return, but most of the new-age reinforcements remain out: Finnish Niko has already left the club. The Bolivian Joffre is in the B team. Victor Sá, Gustavo Sauer, and Lucas Piazon are still being delivered to the medical department along with Erison, a player also hired for the season, but before the formalization of the SAF. Against América-MG, only Saravia and Tchê Tchê, who are not having a good phase, were available, in addition to reserves that were hired to play in the B team.

But the bad phase of the team is not limited to the game in Belo Horizonte. In addition to being apathetic, the team has accumulated six defeats in the last eight games and is criticized even when it wins. If more than 80% of the team in the last game were players from the second division, in general, the percentage is lower. The data from Castro’s 17 matches in front of the team — without ever repeating the lineup in two consecutive games — show a balance between the use of players from 2021 x players signed in 2022. And this mix did not produce results.

In all, 30 players were used. Of these, 14 were in the Série B campaign in 2021 and 16 were hired this season. Balance is also reflected in the coach’s choices and the timing that the athletes had. Of all the times he had to choose a player, either as a starter or during the match, Castro chose athletes who were in Serie B in 53% of them, against 47% of names who arrived in 2022.

On average, a player who played in the second division in 2021 played 8.5 of the matches with Castro, against 8.4 of the reinforcements that year.

Although the general numbers are better than in the last game, Castro seems to want this balance to be more unbalanced for the new hires. He makes clear the need for the club to strengthen itself well in the second transfer window, which starts on the 18th of July. So far, only left-back Fernando Marçal, who already trains with the group, has been hired.

“I think we’re all in agreement that we need to reinforce each other. Even if it’s with the players who are out due to injury. Today we play with last year’s team, from Serie B. A Serie A is usually not played only with athletes from the previous championship. Of course reinforcements have to come — said the Portuguese coach after the defeat to América-MG.

In recent weeks, the club has not been able to transform proposals made into agreements: striker Zahavi and midfielder James Rodríguez have chosen other paths and yesterday Luis Henrique, a former club player, preferred a proposal from rival Flamengo.

Since his presentation as the club’s coach alongside John Textor until today, Luís Castro has been at Botafogo for three months. And even if the victory comes today in Bragança Paulista, the celebration will only come when the coach has – and can demonstrate – more.

Previous Social networks, games, pornography: American psychiatrist suggests fasting from ‘pleasure triggers’
Next WhatsApp will hide “online” so you can read messages without anyone knowing – Tecnoblog