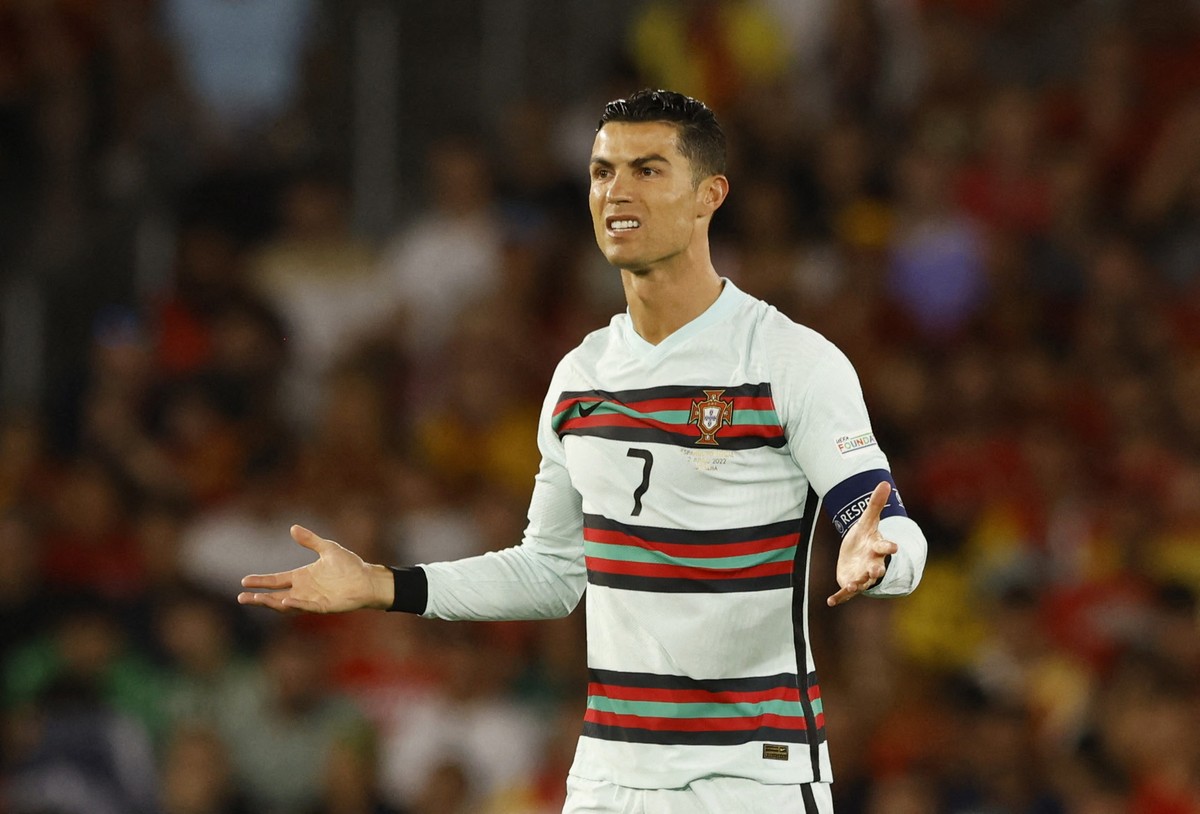 The possibility of Cristiano Ronaldo leaving Manchester United began to stir up the transfer market and also the sports press in Europe. After the news came to light over the weekend that the star asked to be traded by the English club, different media on the Old Continent began to speculate about the star’s future – and Chelsea and Barcelona were two of the clubs linked to the player on Monday. -fair, when CR7 did not return to United for “family reasons”.

England’s “The Athletic” published a report in which it indicates that Chelsea is analyzing the signing of Cristiano Ronaldo, resuming a story that the portal itself had published last month, in which it pointed out that the club’s new owner, Todd Boehly, thinks of enlisting the services of the ace. The businessman would have had a meeting with CR7’s manager, Jorge Mendes, to discuss the matter – and both would be in contact since then.

Cristiano Ronaldo is involved in rumors about his future – Photo: Marcelo Del Pozo/Reuters

Financial factors would not be an impediment for Cristiano Ronaldo to head to Stamford Bridge. However, it would be up to coach Thomas Tuchel to give the go-ahead for the hiring and use of the 37-year-old veteran in his scheme. In addition, Chelsea would depend on United’s willingness to negotiate the player, who has a contract with the Manchester team until the middle of next year.

Chelsea’s possible interest in having Cristiano Ronaldo was also reiterated by other English outlets, such as “The Times” and “The Guardian”. In this way, the next few days should bring new chapters in this possible change of colors of the star within England.

But the most surprising rumor involving the future of Cristiano Ronaldo came from Spain. The Madrid newspaper “As” stated that Jorge Mendes, the player’s super agent, met with Barcelona president Joan Laporta on Monday afternoon to discuss other athletes, such as Rafa Leão and Bernardo Silva. But that CR7’s name appeared on the negotiating table.

The Barça representative would have consulted the possibility that the Portuguese will head to Camp Nou, something he would have also tried a year ago, when Cristiano left Juventus and returned to Manchester United.