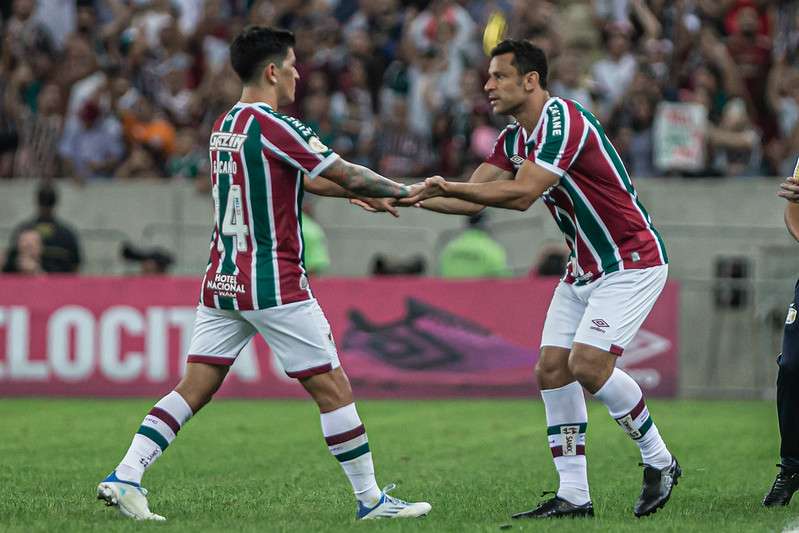 Fred asks Ceará to give tickets to Fluminense fans in farewell at Maracanã; watch video – Play

the attacker Fredof Fluminenseused the club’s social networks to ask the Ceará to release the tickets that the white-and-white fans are entitled to in the game to be held against the Rio de Janeiro team for the Brasileirão. The duel will mark the departure of shirt 9 as a football player.

In a video released on Instagram, this Sunday (3), the athlete makes the appeal directly to the president of Ceará, Robinson de Castro, and to the director of Finance, João Paulo Silva.

“I’m making a video here because a bunch of people couldn’t go to the game, they won’t be able to go next Saturday, right? On our farewell. Dr. João and Seu Robinson, you know that I like you, the affection I have… I asked you there, if you can, to give it up, young man… The Ceará fans. I know that Fluminense always fulfills the business of ceding the right, right? It’s giving away the tickets you’re entitled to. But, let’s give up there, oh! Ceará fans will also understand. You’ll stop going to see our game there in Fluminense… It’s a special moment. People are crying here, everyone wants to go… So I’m asking. See what you do for us there, Seu João! Give us a moral there, release! I think there are two thousand tickets”, said the player in the publication.

Idol at Fluminense, the striker announced that the farewell to his professional career as a player will be in the 16th round of the Brasileirão, in the duel against Ceará. The match will be on Saturday (9), at 19:00, at Maracanã, in Rio de Janeiro.

Sought by the report, the president of Ceará has not yet expressed himself on the subject, as well as the club’s advisory.

Fred starred in an emotional scene this Saturday, when he entered the final minutes of the match against Corinthians and scored the fourth goal of the tricolor victory. At 38 years old, he wore the team’s shirt 380 times and has scored 199 goals for the team.