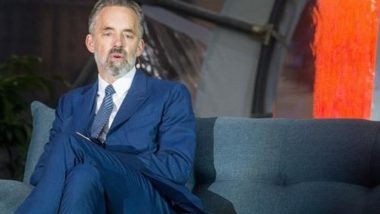 Twitter has suspended the account of Canadian clinical psychologist, university professor and author Jordan Peterson. The block was made because Peterson would have used the pronoun “inappropriate” when referring to transgender actor Elliot Page (formerly called Ellen).

The academic used the pronoun “her” when referring to the Canadian actor who identifies himself as a man. The tweet read: “Remember when pride was a sin? Ellen Page just had her breasts removed by a criminal doctor.” The platform notified Peterson that his comments violated rules against hateful conduct and gender identity violence.

Peterson is a strong critic of “cancel culture”, political correctness and gender identity politics, in particular Canadian law C-16, which criminalizes discrimination against transsexuals, transvestites and “non-binary people”. In books, interviews and videos, the psychologist declares that he considers this legislation an “outrage to freedom of expression” and a “pretext for censorship initiatives”.

On his YouTube channel, Peterson explains the ban on Twitter, refusing to delete the tweet and criticizing the platform’s “lacradores moralists”, pointing to an attitude of censorship. “It is clear that I did not promote any violence”, says the psychologist.

Previous What will the wifi of the future look like?
Next Part Two is delayed to late 2023