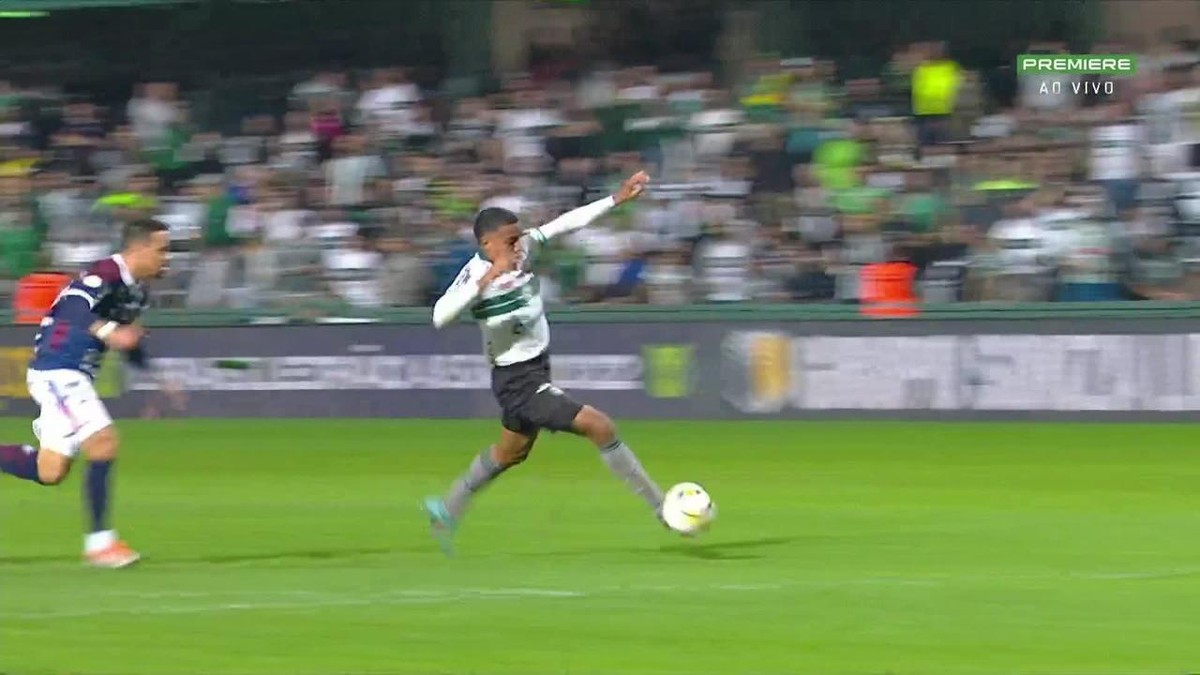 José Hugo becomes a hero of Coritiba with a goal at the end, remembers the floodplain two years ago and advises: “Don’t give up” | coritiba

the attacker José Hugo22 years old, guaranteed the victory of Coritiba by 2 to 1 against Strength on Sunday night, at Couto Pereira, for the 15th round of the Brazilian Championship. He scored in stoppage time and ended a six-game loss without a win for Coxa in the competition.

Coxa opened the scoring with Léo Gamalho in the opening minute of the game. Nathan was sent off in the second half and, in the next minute, Habraão equalized. The Tricolor de Aço pressed, but gave space to the young attacker.

José Hugo entered the break in the spot of Alef Manga, who had a yellow card. In the 48th minute, after a goal kick by Rafael William, he beat Marcelo Benevenuto, entered the area and hit a cross on Marcelo Boek’s exit.

It was not easy to get here, I played in the floodplain, I was unemployed for two years. Do not give up. If I could do it, so can you. 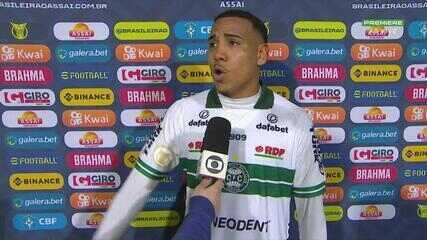 José Hugo vibrates with his first goal as a Coritiba professional: “I was unemployed for two years”

Born in João Pessoa, Paraíba, José Hugo was stopped for much of the pandemic and only managed to find space in amateur football to earn an income. Until, in May 2021, he received an invitation from Nova Mutum to compete in Série D.

In the team from Mato Grosso, the striker played 27 games and scored three goals. This year, he was hired by Azuriz and, with a goal in 10 games, he aroused the interest of Coxa for the personality of playing on the side of the field.

In addition to the performance on the field, José Hugo also draws attention for another factor. The athlete is one of the few who still wears his shirt inside his shorts.

Previously, arbitration advised players at risk of punishment – ​​it was in FIFA documents until 2015, for example. In Brazil, since 2009, the practice was no longer requested. Currently, for contractual sponsorship reasons, it is even more difficult to see.

The striker debuted as a starter in the victory against América-MG, for the sixth round of the Brasileirão. This was only the fifth game with the alviverde shirt, the fourth coming from the bench.

Hired in April, the striker underwent a period of adaptation at Graciosa’s CT before wearing the thigh-white shirt. In the cast, he has competition from Igor Paixão, Alef Manga, Fabrício Daniel, Neilton, Pablo García and João Vitor (Robinho) in the sector.

On loan from Azuriz, José Hugo has a bond until the end of this year with Coxa, which has the option to buy. Before, he has stints in Farroupilha, Botafogo-PB and São Gabriel.

Thank the commission for the support to evolve. The goal crowns the work, the great effort. It’s too much emotion.

With the victory, Coritiba is in 12th place in Serie A, with 18 points. In the next round, the Thigh receives the Youth on Sunday, at 11 am, at Couto Pereira.

Previous Israel says it will examine bullet that killed Al-Jazeera journalist
Next Why was the release of Dune 2 delayed by Warner?