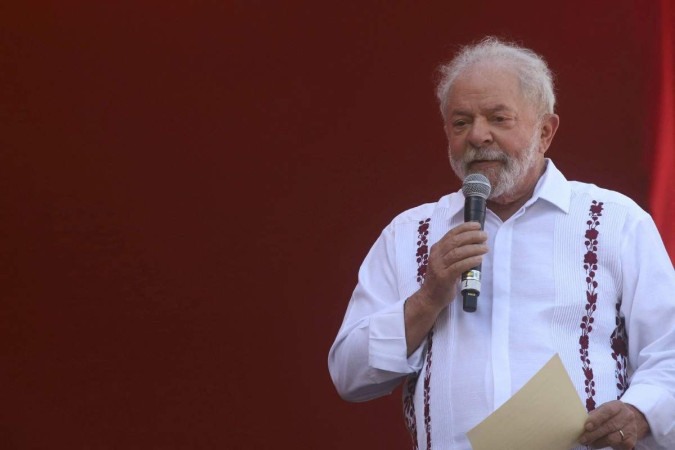 Former president Luiz Inácio Lula da Silva, pre-candidate of the PT-PSB coalition for the presidency in this year’s elections, has resumed in a more constant way the defense of a banner that has accompanied him since the first time he ran for office, in 1989: the regulation of the media — also referred to in leftist jargon as social control of the media. In recent statements, he again criticized the economic concentration of the sector.

On Wednesday of last week, in an interview, Lula declared that this issue should be the subject of debates with civil society and the Legislative Power, reducing the role of the Chief Executive. “The one who will regulate is Brazilian society, it will not be the president of the Republic,” he said. But in August of last year, in an interview given in São Luís, Lula declared “a public commitment that we are going to create a new regulatory framework for the media.”

The proposal for media regulation was re-submitted by the PT to the inter-party working group that prepared the government plan for the Lula-Alckmin ticket, but in the final version of the document, the thesis was toned down. Prepared by the Perseu Abramo Foundation, linked to the PT, the initial proposal preached that “freedom of expression cannot be the privilege of some sectors, but a right for all.

According to participants in the working group that prepared the final version of the document, the topic was not even discussed by the allied parties. But, after going through the evaluation of Lula and his pre-candidate for vice, Geraldo Alckmin, the text was changed and published without the passage that dealt with economic concentration. However, a safeguard to journalistic work was included in the definitive version. The plan states that “democracy calls for the widest freedom of the press”.

Even so, Lula maintains the opinion that the economic concentration of the sector should be discussed in the next government. “Newspapers and magazines are the owner’s problems, do what you want, write what you want. But, to that media that is a concession of the State, we need to put society to discuss how it can democratize better”, he suggests.

For journalist and doctor in Communication Eugênio Bucci, one of those responsible for including the topic in Lula’s second presidential campaign, in 1994, the former president is still looking to the past. And he emphasizes that this is not a debate between left and right, “it’s about democracy”.

Bucci recalls that the media is regulated in countries such as the United States, Canada and most of the European Union — and that the Constitution, as of article 220, also provides for the regulation and subsequent regulation of the sector. But not for the reasons that are usually mentioned, such as economic concentration.

“People complain that the media is controlled by nine or 10 families, and then they post the criticism on Twitter or Facebook. That doesn’t make sense,” said Bucci, who is critical of the global monopoly of so-called “big techs” that are controlled “generally by a single person.”

He also lists two more “bottlenecks” that should be regulated and regulated. The first, the “absence of clear boundaries” between churches and media. “Church is an institution, media is business. There can be no transfusion of interests or resources between the two”, he points out.

In the case of economic concentration, the academic indicates that the bottleneck is in regional markets. “You have to have clear limits to the concentration of property. In a city there cannot be a single person who controls all the media”, he observes.

Patrícia Blanco, president of Instituto Palavra Aberta — an NGO that follows the communication agenda in the country — agrees that the debate “needs to be brought to the present time”. She just doesn’t believe that this is the ideal moment, given the political polarization in the country, even more fierce during the pre-election period.

Blanco recalls that the media today is very different from what it was less than a decade ago. “The press, for example, are no longer the makers of public opinion. The debate, today, is on Twitter, on Facebook, which are monopolists. It is necessary to reduce the heat of the moment for the discussion to advance”, he said. .

She recalls the threat of the rapid advance of fake news in the digital environment. “The fake news debate has been contaminated by polarization. We have much more problems with social networks on issues of plurality and diversity, and voices that are not held accountable for the damage they cause. We cannot fall into the temptation of regulating what should not be regulated. “, he explained.

Previous SPECIAL: 35 years Intel Brasil – a historic milestone for PCs in the country!
Next Just like Marvel, DC also has big names in cinema involved in many controversies