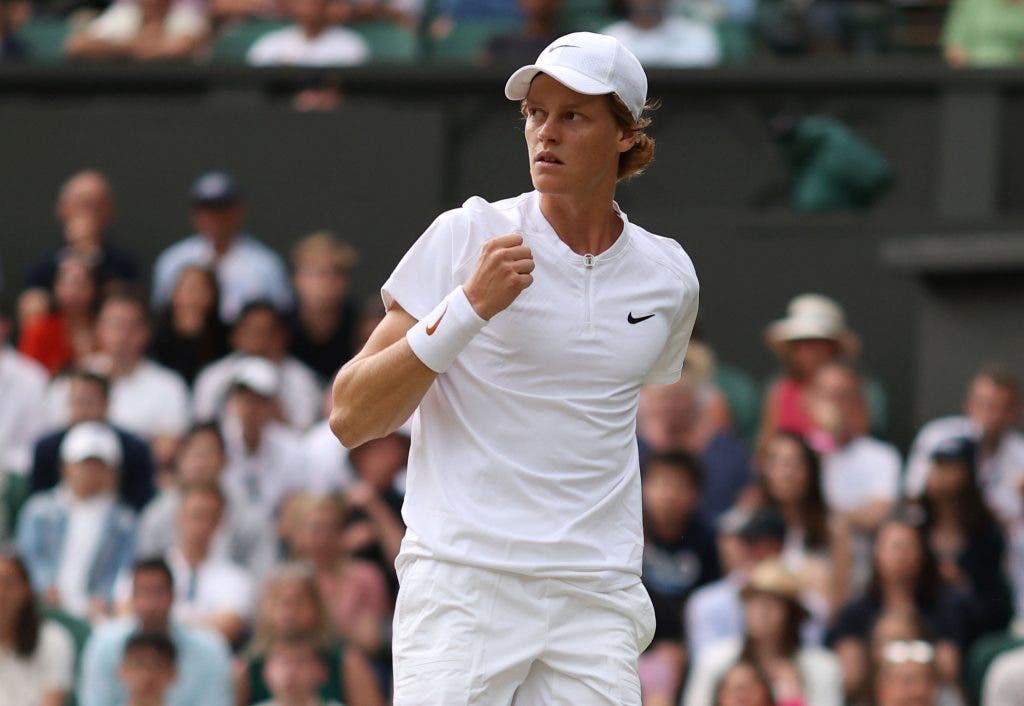 In a much anticipated duel, Jannik Sinner it hit Carlos Alcaraz for the first time in his career and sealed access to the Wimbledon quarter-finals. In yet another of potentially many great battles between these two young stars, the 20-year-old Italian proved to be more solid from the start, lost a crazy third set and regained his concentration in the fourth set to survive in a duel that grew in level. .

The 10th seed won 6-1, 6-4, 6-7(8) and 6-3, in a match in which Alcaraz, the number seven in the world, was far from his best in first partial. Sinner kept up the pressure in the second set and pulled away, before the Spaniard finally came up with his level in the third game. After erasing a 0-40 in the first game, the balance remained and the decision ended in a crazy tie-break, with Alcaraz saving two match points and surviving, after Sinner operated a small miracle from 3-6 until 7-6.

At the start of the fourth set, Alcaraz tried to get in the kill and had two break points, but the Italian held on to the serve and it was he who made the decisive break in the fourth game. Soon after, it was Sinner’s turn to leave a 0-40, on his way to a sensational triumph (he even saved a break point in the last game of service…) that leaves him in the quarter-finals of a Grand Slam for the third time. time in the career. He is the youngest to do so at Wimbledon since Nick Kyrgios in 2014, and is now chasing its first semi-final, waiting for Novak Djokovic or Tim van Rijthoven.