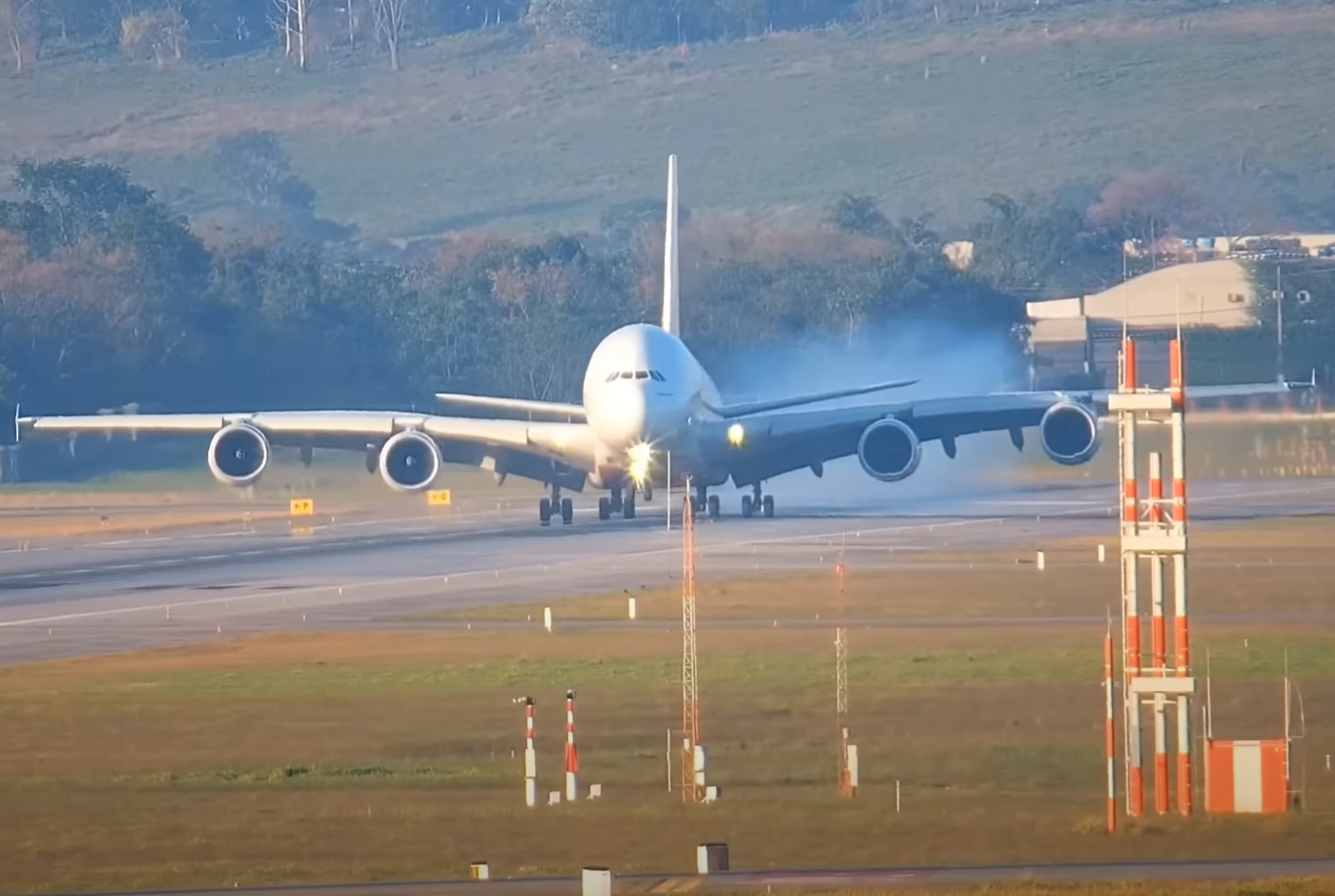 The A380 double-decker plane suffers collisions when landing in Guarulhos

This past Saturday, July 2, an Airbus A380 that was landing at São Paulo International Airport, in Guarulhos, suffered an incident during deceleration after being on the ground.

The large double-decker jet, the largest model in the world in terms of passenger transport capacity, landed on runway 27R at the Brazilian airport in the afternoon and soon suffered at least two collisions with birds that flew in front of him.

At first of the two recordings available belowmade by the live camera of the “SBGR Live” channel, it is possible to see several Carcarás (bird of prey up to 1.2 meters in wingspan) perched on the runway and, as they fly during the plane’s approach, two of them are hit by the left wing inboard engine. Apparently there was no ingestion.

Then, when leaving the runway, the pilot informs the air traffic controller about the “bird strike” that occurred.

on the second recordingmade by the live camera of the “Golf Oscar Romeo” channel, in addition to the moment of the incident, also it is possible to accompany the team of the GRU Airport concessionaire cleaning the runway due to collision.

Despite the occurrence, the A380 in question, registered under registration A6-EUW and operated by Emirates, took off after a few hours on its flight back to Dubai without delay, so there must have been no damage to the aircraft.

This plane, by the way, is already being used again for the route between Dubai and Guarulhos this Monday, July 4th.

As a curiosity, the plane can be followed in real time on the radar screen provided below, or on this link (it may not appear at times when its signal is not being captured). Below the screen, the video player shows the live camera in Guarulhos. The A380 is scheduled to land at 4:40 pm.