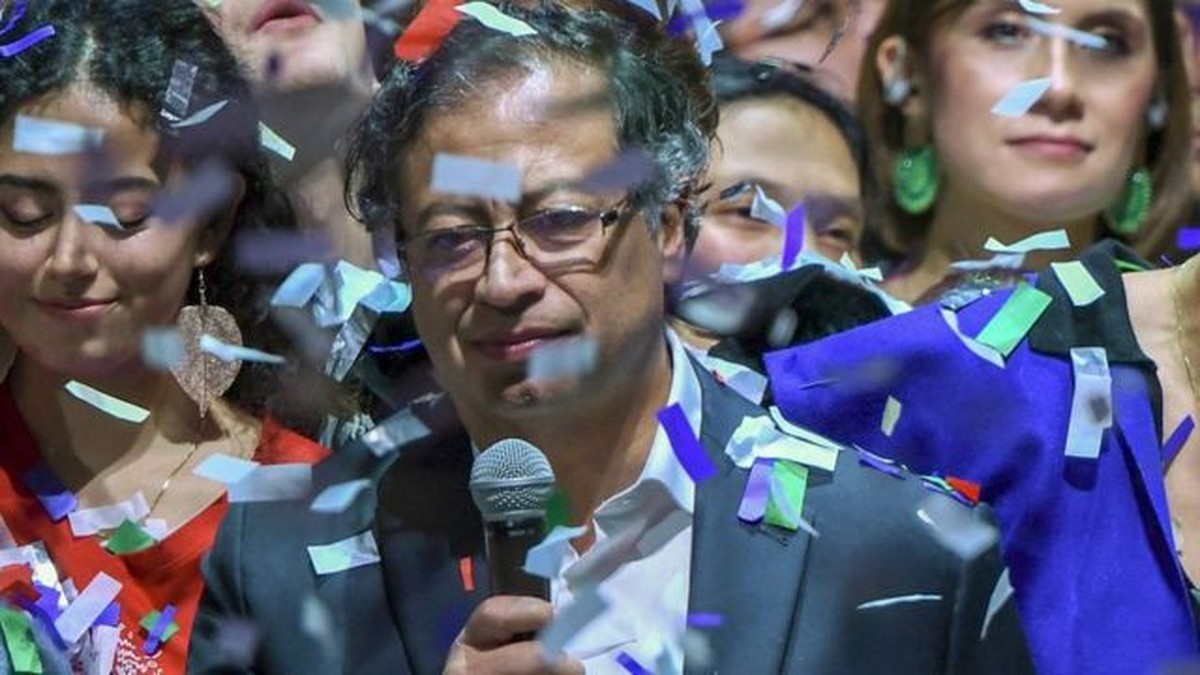 One after another, different Latin American countries have elected leftist governments and a new political wave appears to be taking place in the region.

Since 2018, leaders on the left of the political spectrum have reached the presidency of Mexico, Argentina, Bolivia, Peru, Honduras, Chile and Colombia.

The phenomenon could be completed in the October elections in Brazil, in which the former president Luiz Inácio Lula da Silva (PT) has a wide advantage in the polls of voting intentions.

Although other countries in the region have chosen governments of different political currents in recent years, a victory for Lula would leave Latin America’s seven most populous nations and its six largest economies in the hands of the left.

For some, all of this evokes what happened on the subcontinent during the first decade of this century, when three out of four South Americans were ruled by leftist presidents.

But there are huge differences between that “pink tide” that covered Latin America and the current progressive wave, which, according to experts, runs the risk of being more limited.

The term “pink tide” or “pink tide” to describe the left turn in the region during the early 2000s was used by Larry Rohter, then a correspondent for the American newspaper The New York Times, during the election of Tabaré Vásquez in Uruguay.

According to Rohter, the socialist’s coming to power was part of “not so much a red tide… but a rose”, alluding to the replacement of red, a color associated with communism, by a soft shade of “pink”, to indicate the rise of social democratic ideals.

In a context of fury with politicians, inequality and economic stagnation, the vote of Latin Americans in recent times has been to swing: from left to right and now again to the left.

The rule in democratic elections in the region is the victory of the opposition.

“The important thing is to change sides to see if things improve, because the degree of discontent in Latin America has never been greater than it is now”, says Marta Lagos, director of the regional opinion poll Latinobarómetro, to BBC News Mundo, the service of BBC Spanish news.

“Every day, ideology is becoming less relevant in elections,” he adds. “People are crowding in the political center to the side that voters in the center lean towards. They give victory to the rulers.”

One thing that left-wing candidates in the region have in common — and it seems to help them attract these crucial centrist votes — is their greater emphasis on state action to reduce economic inequality.

Previously, leftist presidents were distinguished by being more radical, like Venezuela’s Hugo Chávez, or moderates, like Lula or Chile’s Michelle Bachelet.

Hugo Chávez, Evo Morales, Lula and Rafael Correa were protagonists of the “pink tide” of leftist governments in the 2000s — Photo: AFP/via BBC

The rulers of the new wave are much more heterogeneous.

Lagos divides them into four different types of left: new (where he places elected presidents in Chile and Colombia), populist (Mexico), traditional (Argentina, Bolivia and Honduras) or dictatorial (in his opinion, Venezuela, Nicaragua and Cuba, where they have been in power for years).

And today some leftist leaders seem more willing than in the past to distance themselves from others in the region.

Before being elected president of Chile, Gabriel Boric criticized the repression of dissidents in Cuba and Nicaragua and, after his electoral victory, told BBC News Mundo in January that “Venezuela is an experiment that has failed”.

Venezuelan President Nicolás Maduro spoke in February of “a cowardly left”, something many interpreted as a response to Boric.

Gabriel Boric is sworn in as President of Chile – Photo: Reuters

Meanwhile, Colombia’s president-elect Gustavo Petro has called Maduro a “dictator” even as he prepares to re-establish relations with his government.

Heinz Dieterich, a German sociologist who coined the concept of “21st century socialism”, to which Chávez later referred in 2005, rules out that this expression can be applied today to what is happening in countries in the region, such as Chile, Argentina or Bolivia.

“None of these governments want 20th century socialism, which is Cuba’s socialism,” Dieterich tells BBC News Mundo. “But they also don’t want 21st century socialism because that means overcoming the market economy and having a strong state that can control corporations.”

Perhaps the biggest difference between the leftist wave of the past and the current wave in Latin America is the scenario in which they arise.

Between 2000 and 2014, the international boom in commodities (raw materials sourced from the primary sector and traded on stock exchanges) gave the region’s presidents a fat check to invest in social programs and state projects of all kinds.

This, in turn, consolidated broad political-electoral support with legislative majorities for governments, which achieved reforms and re-elections everywhere.

Former presidents such as the Ecuadorian Rafael Correa, the Bolivian Evo Morales and Chávez himself came to modify the constitutions of their countries and exercised different consecutive terms.

Now, with a war in Europe, rising inflation and rising prices for both credit and inputs, the region’s economies are finding it harder to take advantage of rising commodity prices.

And governments can spend far less than their citizens want, in times of the Covid-19 pandemic and social instability.

Firefighters try to put out a fire in a building after protests in Chile over the death of a street artist — Photo: Alicia Caceres/Aton Chile via AP

This contrasts with the agenda of the former leaders of the “pink tide”, from Chávez to Lula, who prioritized oil exploration.

Indeed, differences persist: Lula recently said that the idea of ​​Petro of Colombia creating an anti-oil bloc with progressive regional leaders is “not real” in this world.

Other leftist presidents, such as the Mexican Andrés Manuel López Obrador and the Bolivian Luis Arce, are also betting on extractive industries.

However, perhaps in this the new policy that Boric and Petro are proposing today is more in tune with society than the old policy, says Lagos.

“There is an environmental conscience in Latin America”, says the director of Latinobarómetro. “So any environmentally correct policy is going to have great support from the population.”

Previous Wireless Headset: 7 models that promise more immersion in games | Which one to buy?
Next “It was offered…”; Andreas is not the only one and a starter could cause the 2nd departure of the ‘Era Dorival Júnior’ at Flamengo