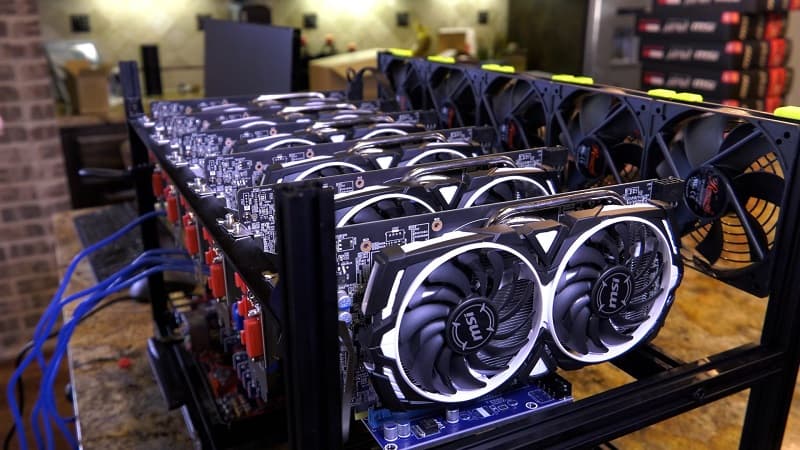 The topic of buying used parts already generates debate. Some approve, others totally rule out this possibility.

When we raise the discussion to the purchase of components used in mining, the topic gains an extra edge in this division of opinions. With the current upheaval of the crypto market, the race for graphics cards has totally changed.

The shortage of VGAs has turned into a backlog of parts on the market, especially those who built rigs for mining and now want to get rid of the boards. And it can be tempting to buy one of these models for such a low price. But what are the risks of buying a graphics card that has been used for mining? This is what we will discuss in this article.

The starting point and the central element in the discussion is the reduction of the useful life of the components, mainly those associated directly with the act of mining.

Mining has a severe impact on the lifespan of memory chips, causing the time to work to decay quickly, as we have a constant use of data writing (data writing). The entire recording process generates wear and tear. And that’s not just with mining.

For some years now, this memory adopted on a large scale by video cards is the GDDR, developed precisely for applications that require high bandwidth. So far there are 7 generations of GDDR (GDDR, GDDR2, GDDR3, GDDR4, GDRR5, GDDR5X, GDDR6 and GDDR6X).

Every data recording process shortens the life of the chips, whether taking into account the inefficiency that the chip can have in terms of good heat transfer, as with GDDR, or even the impact on the viable write limit. to the chip, as with flash memory. The difference in reduction impact varies depending on the task the chips are subjected to. 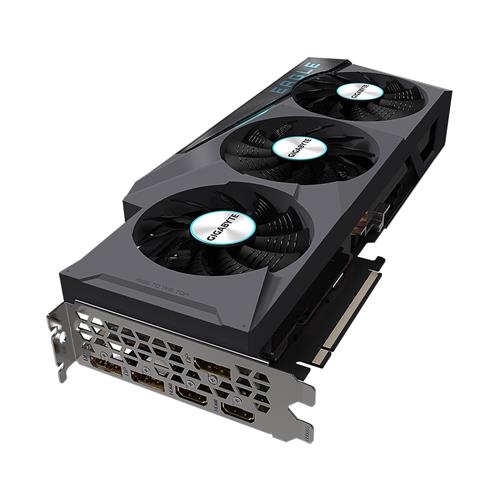 The association with SSDs is an interesting example to look at. SSDs use flash memory (Flash NAND), and regardless of the model you buy, the capacity you choose, the use will lead to a timely degradation of the life of the memory chips.

The most straightforward way to see the average lifespan of flash memory chips is to look at the TBW (terabytes written)the amount of data, measured in terabytes, that can be written to the drive.

Obviously this varies. It is entirely possible for an SSD to reach what the manufacturer has stipulated as TBW and the drive will continue to function normally. TBW varies by model and also by capacity. Higher storage capacity SSDs often have a higher TBW than lower models in the same range.

Please note below part of the Western Digital WD Black SN850 SSD specification sheet. There is an indication of the TBW per unit capacity. 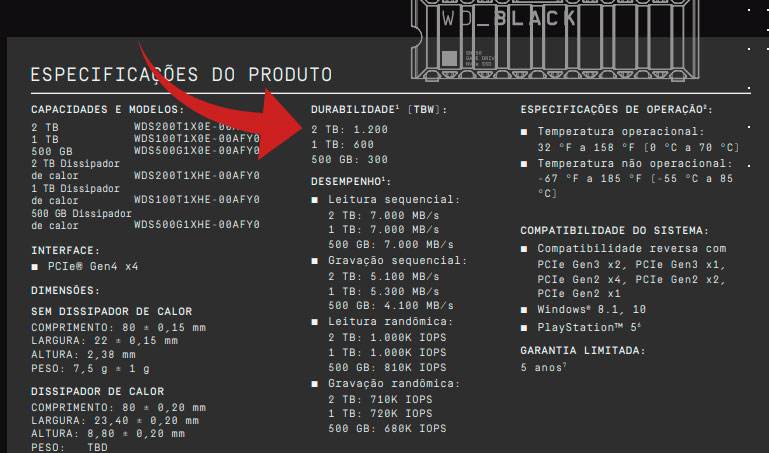 SSDs themselves were also targeted by miners. Last year, unit prices skyrocketed thanks to Chia, an altcoin that uses storage units and not the graphics card for mining.

THE GALAXknown worldwide for its video cards, but which also invests in other components, such as SSDs, stated that using the SSD for mining voids the warranty.

The company justified the decision by saying that the data volume will be much larger than the daily standard and the SSD will be slow or damaged due to the excessive volume of data writing. 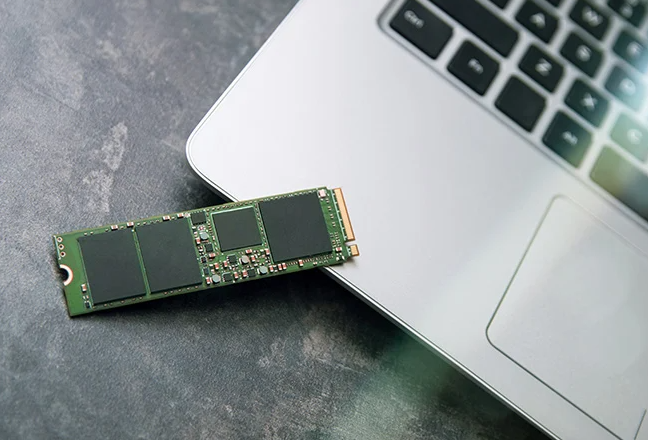 We can import this SSD-focused statement into video cards. Memory chips and controllers operate abnormally.

The abnormal operation, associated with the time that the component is exposed to this constant duty cycle, accelerates the degradation of the components. Therefore, the useful life is exhausted faster.

We talked to a video card repair technician, he reported that it is quite common, on cards used for mining, that the memory chips and the graphics chip end up failing together, and in the repair, you need to replace both.

Mining is completely out of the ordinary in terms of operations in which video cards are commonly used, even when we bring it into the field of stress testing the impact on components is lower compared to mining.

A practical example occurs in relation to the use of the memory controller, positioned at the edge of the GPU. During a graphics card stress test, in some benchmark software, the controllers can be, on average, with 50% usage.

Remember, we are talking about a stress test, in games, especially those that are not open world, the usage is even lower. In mining, the controller operates at full capacity for a long time, considerably raising the temperature

In addition to the intense use, we also have cases of the total absence of fundamental maintenance of the boards used in rigs. Excessive dust between, for example, the fins of the video cards heatsinks, is totally harmful to the way this heatsink will act in relation to heat exchange.

This enclosure, caused by dust, reduces the dissipation capacity and harms the components, penalized by higher temperatures. 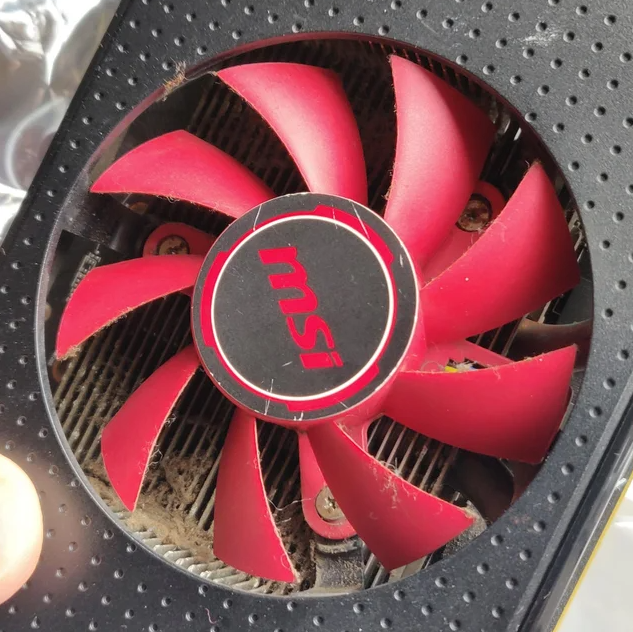 The rigs themselves, designed to maximize gains, in many cases, are assembled cutting all possible costs. Savings through the use of low cost, low CFM fans (Cubic Feet per Minute), and the use of poor quality riser adapters, which can directly contribute to further accelerate the degradation of video card components.

It is also common to say that video cards used in mining lose performance on the GPU, as if the card was “weaker”. In fact, even when we are talking about the graphics chip, the central point of the mining effects is the reduction of the component life.

As explained by Burti, from TecLab, in this videodepending on the generation of the board, such as the RX 500 line, widely used in mining, which still uses a voltage of 3.3V to power some internal controllers, in case there is a problem with the 3.3V regulator of the riser used, any anomaly goes directly to the graphics chip, considerably accelerating component deterioration.

For miners, who profited by mining and now want to profit by getting rid of parts that are no longer essential for the current moment of that investment, the reality of selling these slabs can be much less uncomfortable than it seems.

Now, for the user, tempted to acquire one of these cards, it can be a totally dangerous choice. But here there is no tax from other people’s pocket. These are an individual decision. What always counts is the recommendation for the search for information that can help to go ahead or discard this purchase.

The time that a card extensively used in mining will last before failing is very uncertain, it is impossible to parameterize something in an exhaustive way, even because the cards vary in relation to their components.

the chips of Samsung are benchmarks in terms of durability. Therefore, boards equipped with VRAM produced by the South Korean giant can do even better with the battery of constant write cycles that the board is subjected to, and last longer, but this is totally variable.

In the hardware world there is a very common expression which is the “silicon lottery”. It refers to the uncertainty that the same component model may have in performance in different units.

It may be that a processor model you bought, identical to someone you know has, performs better or worse in relation to the clocks achieved, for example. There is a variation of what chips can deliver. That’s part of the game.

This issue of the lottery effect even has a really practical sense when we talk about mining. Some algorithms, such as DaggerHashimotoare hungry for higher video memory (VRAM) speeds so that a higher hashrate is achieved.

Therefore, boards with faster memories – a parameter that can vary a lot, considering the uncertainty of the quality of the chip you are getting – are benefited. 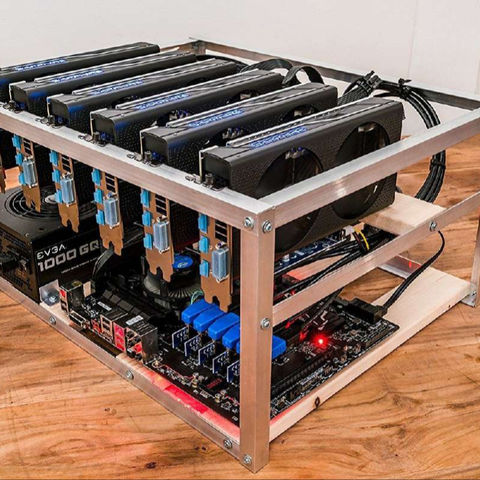 We can transpose to silicon lottery for the world of video cards used in mining. Maybe you buy a used model and it works normally. This experience of yours can make you say that what they say about plates used in mining is really not that serious

What if we look more broadly? The card can really work, but for how long? Is it worth taking the risk of buying a used board, in which you may not be able to prove its real history, just relying on the word of whoever is selling it? When the purchase is made over the internet, there is still an additional component, the impossibility of verifying how the board is actually physically.

Naturally, with the use of the card in games or other applications, there is already wear and tear.

Now bring this reality, which has no escape, to the scenario of buying a slab that, in many cases, it is impossible to buy the work cycle in which it was submitted during mining, and it is also not possible to prove whether certain measures, such as lowering power limit, lowering clocks and other settings have been applied.

Is this shot in the dark worth it? It’s your decision.