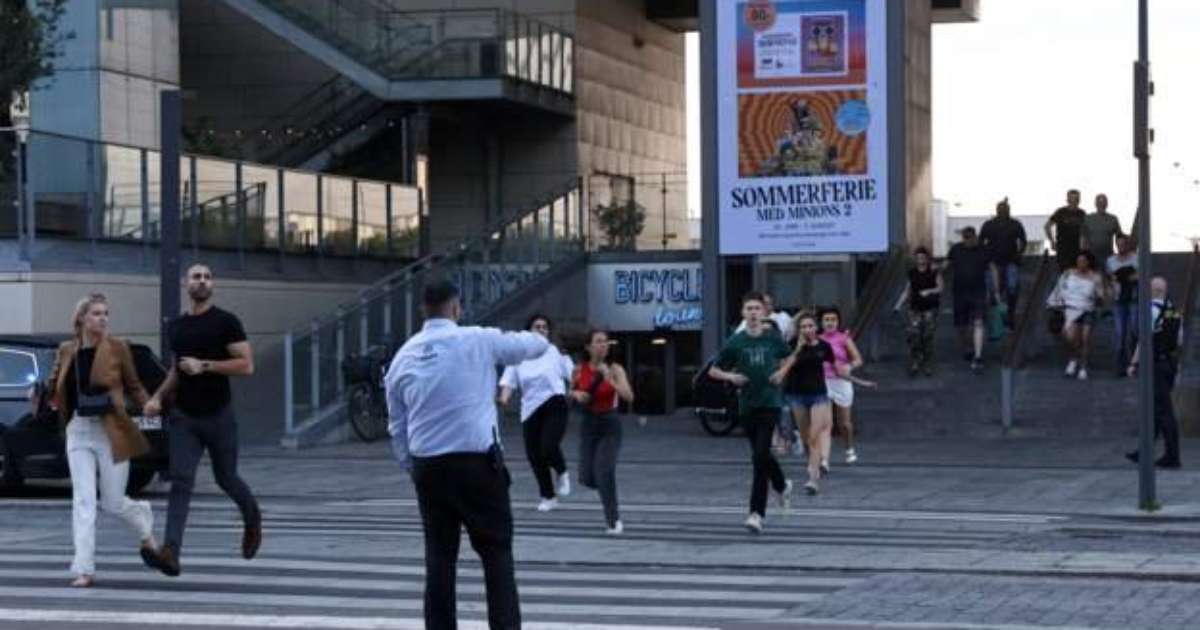 A shooting at a shopping mall in Copenhagen, Denmark, left people dead and injured on Sunday (03/07). A 22-year-old man was arrested.

Local police said the motive for the attack was unclear and did not rule out that it could be an act of terrorism.

Shortly after the crime, Copenhagen police chief Soeren Thomassen told the press that there were “several injuries” and “several dead”. However, there was still no exact number of victims.

Hours later, police announced that three people had died and three others were seriously injured.

The suspect in the attack was carrying a rifle and ammunition when he was arrested, police said. The man is expected to be questioned by a judge on Monday (4/07).

Police said they were called to attend to the incident at Field’s mall late Sunday afternoon.

Field’s is a multi-story shopping center with shops, parking lots and restaurants. It is a place where families gather to shop or eat.

A woman who witnessed the attack told Danish broadcaster DR that she heard 10 shots. “We ran as fast as we could to take refuge in the bathroom,” she said, according to AFP. She stated that she remained in hiding for two hours.

Another woman who was also at the mall said more than 100 people ran towards the exit of the shopping center when shots began to be fired.

She told TV2 that she saw a lot of people running and then she heard a very loud noise and she also ran.

Copenhagen’s main hospital, Rigshospitalet, told Reuters, through a spokesperson, that it had received a “small group of patients” for treatment. The representative of the health unit reported that more employees were called for care, including surgeons and nurses.

Tonight, singer Harry Styles would perform a little less than a mile from the mall. The performance was canceled for security reasons and the approximately 17,000 people waiting for the event in an arena were advised to proceed to public transport.

“I’m devastated for the victims, their families and all the injured. I’m sorry we can’t be together. Please take care of each other,” the artist wrote.

– This text was originally published in https://www.bbc.com/portuguese/internacional-62031852