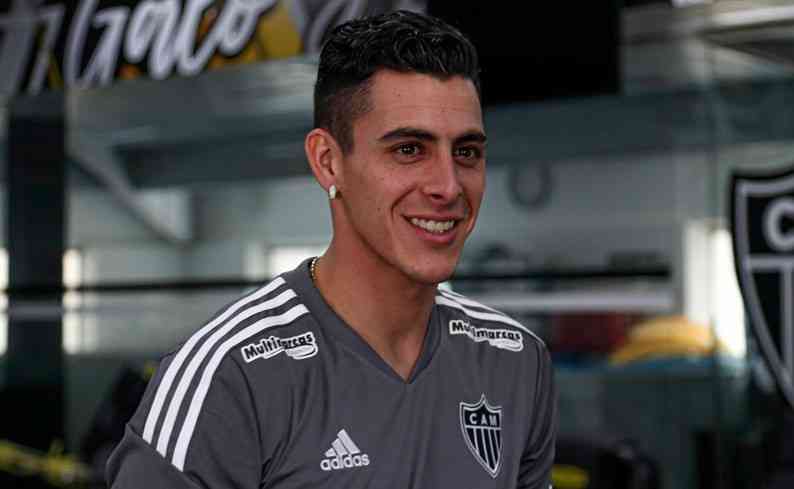 What is Pavn’s style of play, Rooster’s new reinforcement? Who answered the question was the striker himself, who had his first day of activities as an Atlético player this Sunday (3).

Considered one of the biggest promises of Argentine football in recent years, Pavn was on the downswing at Boca Juniors before signing with Galo and didn’t even play in 2022. Ready for a fresh start in Brazil, the striker presented his characteristics to Atlético and emphasized the desire to compete at a high level.

“I’m a player who likes to play on the left a lot. I really like to hold the ball, cut it and then shoot it on goal. I like to face the marker. I’m a player who helps a lot in the marking and, with that, I feel very good” , he explained.

“What I want to compete the most. Trying to get to the highest place possible and make sure that Atltico is always fighting at the top. I want the team to get to know me, so that they know what I am. To win as much as possible”, added Pavn.

Before signing with Atltico, Pavn revealed that he sought out fellow countryman Matas Zaracho, one of the greats of the Minas Gerais team, who gave him good references about the club. The striker also praised Nacho Fernndez.

“I had been watching them play for a long time, I played against and I also talked to Mati (Zaracho). I asked how it was. He told me that it was beautiful, that the team was competitive, that the league was competitive and that I came to have good moments and try to do my best. Help here with my best”, he said.

“I faced Nacho and we had a conversation on the field. The truth is that he is a good person. He is a player too. I met Mati now, I was able to have a conversation and he treated me very well. He told me that his teammates are also positive people I’m adapting little by little. I haven’t had the chance to talk to Turco yet and, God willing, we’ll meet there tomorrow”, added Pavn.

Pavn revealed his goal of being called up again for the Argentina National Team. The forward played in all four games of the “hermanos” campaign at the 2018 World Cup in Russia – three coming off the bench and one as a starter.

“Every player always dreams of coming back and hopefully it will happen again. I’ll try to show what I know how to do.

The new Atlético player will only be able to make his debut for Galo from July 18 – the date on which the transfer window in Brazil will reopen.