10 best movies, released by Netflix in the first half, for you to watch today 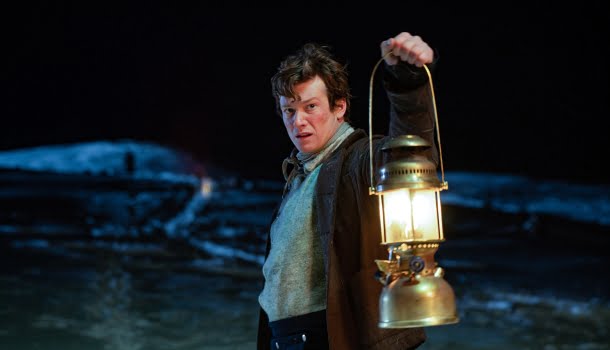 Cinema is not just made for entertainment. It is also intended to rip our spirits out of our bodies and lift us into new realities, if only for a few hours. And if you’re in one of those days when you need to be swept up into something a story of quality, relevance and depth, this list from Revista Bula will meet all the requirements to soothe your soul. These productions included in the Netflix catalog in 2022 have excellent reviews on IMDb. They will appeal to the most refined tastes and will satisfy your desire for art cinema. Check it out and feel these productions enrich your mind. Highlights for “A Noite de Fogo”, by Tatiana Huezo; “Apollo 10 and a Half: Space Age Adventure” by Richard Linklater; and “Throwing High” by Jeremiah Zagar. The titles available on Netflix are organized in alphabetical order and do not follow classification criteria.

The Night of Fire, Tatiana Huezo

Ana and her two best friends, Paula and Maria, spend their days playing together in and around their village in the mountains, and it involves discovering makeshift hiding places, honing mental survival skills and catching scorpions. Their mothers are always on the lookout for any sign of men from outside the village, as girls constantly disappear from the village. As Ana grows older, her understanding of the dangers surrounding her also becomes clearer.

Apollo 10 and a half: Space Age Adventure, Richard Linklater

Stanley Beren is a basketball scout who happens to discover Spanish amateur player, Bo Cruz, playing in a park outside Madrid. Seeing in the boy a talent like he hadn’t found in a long time, Stanley finds himself renewed in hopes and decides to take the phenomenon to the United States, without the team’s approval. The two will have to prove, against all odds, that they have what it takes to make it to the NBA.

Gangubai was tricked by her lover, who took her to Mumbai with a promise to make her a Bollywood star. However, he sold her as a prostitute. Years later, Gangu becomes something of a female lead and the brothel girls become her family. So, she decides to enter politics to defend these women. Her journey is fraught with challenges, adversaries and social stigmas that will bring out her strongest side in Gangu.

In 1909, the Arctic Expedition of Denmark, led by Captain Ejnar Mikkelsen, tries to resist the US claim to northeast Greenland. According to the North American country, Greenland was part of the United States, which had split into another piece of land. Mikkelsen embarks on a journey across the ice with his colleague Iver Iverson to find proof that Greenland is an island. The journey, however, will prove to be much more complicated than expected, subjecting the expeditionaries to hunger, extreme fatigue, polar bear attack and paranoia.

Munich: On the Edge of War, Christian Schwochow

The film recounts the bombing of the French School in Copenhagen on March 21, 1945. The Royal Air Forces led an attack on the Gestapo headquarters in Denmark at Shell House. The operation became known as Carthage. However, the attack had tragic consequences, when one of the bombs fell near the French School, the following bombers were led to believe that the institution was the target. In all, 104 people were killed, of which 86 were children. The film tells the story from the point of view of the school children and nuns, as well as the resistance fighters captured inside the Shell House.

The Soldier Who Wasn’t There, John Madden

In the midst of World War II, Allied forces prepare to take Sicily from the south coast. However, the Nazis discover the plans. Intelligence officers Ewe Montagu and Charles Cholmondelcy are summoned to devise a strategy to embarrass Hitler’s soldiers and make them believe that the Allied forces’ target is, in reality, Greece. Inspired by a true story.