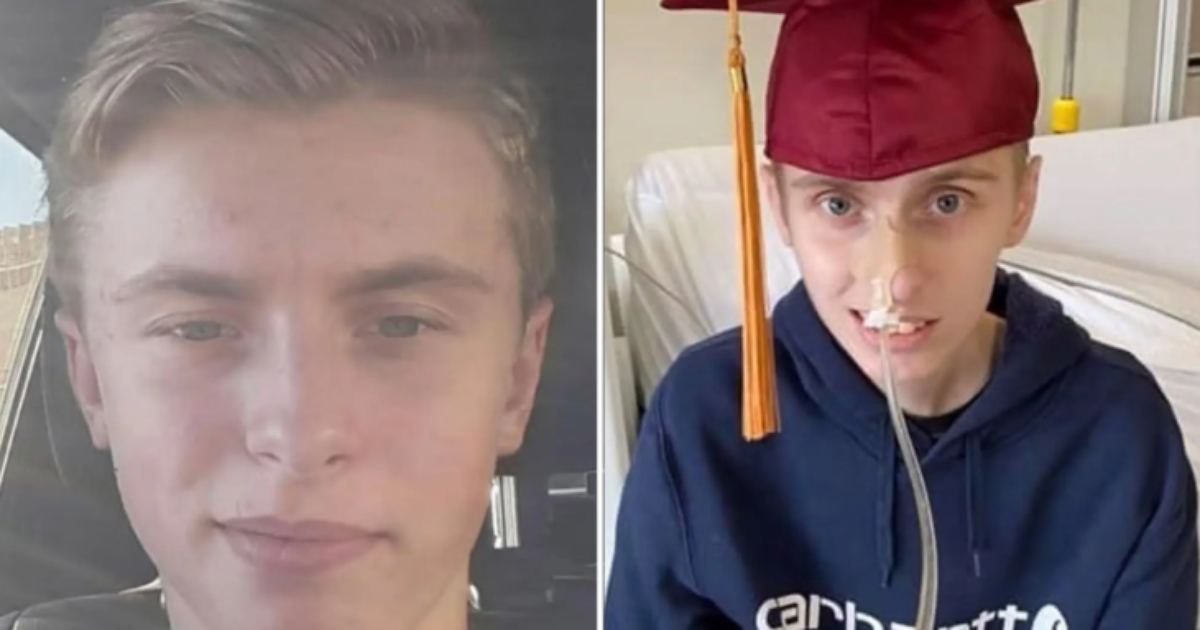 Eric Coulam, a 20-year-old who would need six transplants, decided to plan his assisted death, according to information from the NY Post.

He, who lives in British Columbia, Canada, was diagnosed with liver and kidney disease and has an unidentified gastrointestinal condition. The young man has undergone several treatments for a decade.

To explain his decision to family and friends, Coulam had a “farewell barbecue” and said it would be an “end to suffering”. “I suffer all day. I’ve been confined to a room for a long time and I’m fed up,” he told CJDC-TV.

“Sometimes I lie in bed at night and I’m sad. Most of the time I’m hoping for a better day because I’m in so much pain all the time,” he said. “I take a lot of medicine just to be comfortable for a few hours,” he added.

The young man dealt for much of his life with a lot of pain in the abdomen and chronic pain, suffered from infections and even lost his small intestine. He was also in a coma for a while when he went into septic shock.

Coulam was told that his only chance of survival would be to undergo a six-organ transplant, and that even then, the chances of recovery would be 50%.

He still doesn’t have a date for when he intends to end his life, but he says it will be when he gets to fulfill some wishes and see some people. “I can go when I’m ready. Not when I’m really sick or when they take my meds or anything like that. It’s when I’m ready.”

The young man will make use of a 2016 Canadian law that allows eligible Canadians over the age of 18 to have medical assistance for dying. The patient must have a “severe and incurable disease or disability” and also be in physical or psychological pain that medication cannot control.

After the decision, friends decided to raise money to help him complete his wish list. On a Go Found Me page, they hope to raise $25,000.