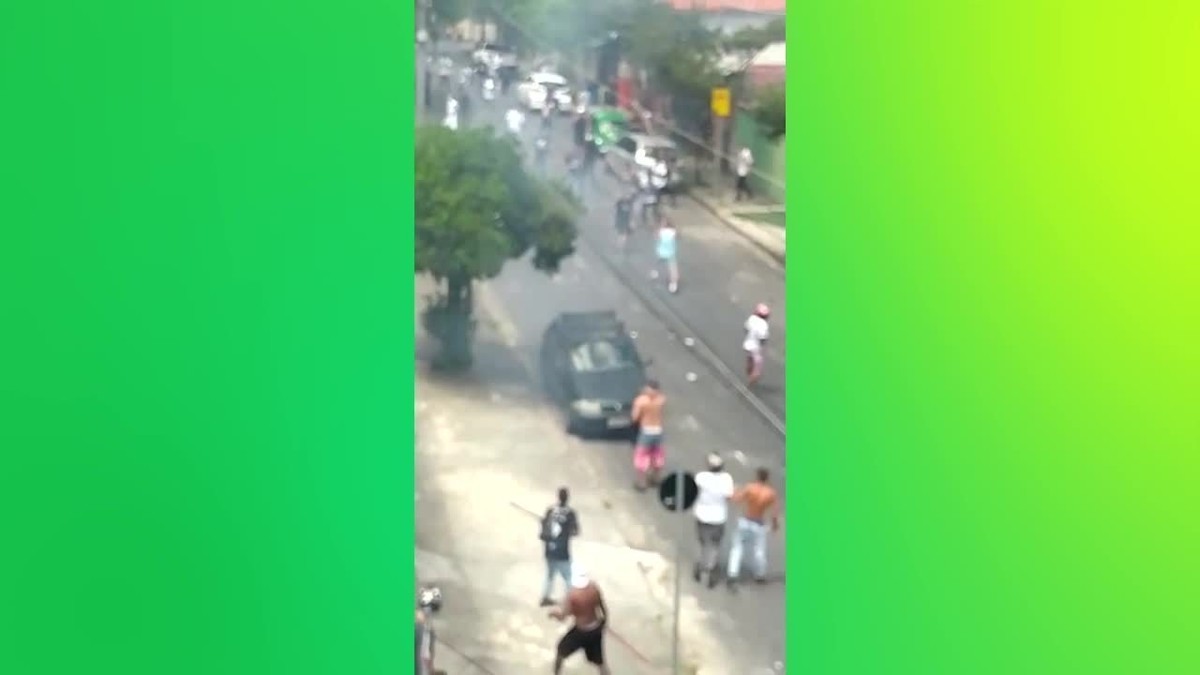 The Public Ministry of Minas Gerais denounced the athlete Yuri Ramon Pereira de Oliveira for the murder of Rodrigo Marlon Caetano Andrade, 25, from Cruzeiro, in March this year. The crime happened during a clash between Galoucura, from Atlético, and Mafia Azul, from Cruzeiro, on a day of classic.

Rodrigo Marlon, 25, died after being shot during a fight between Atlético-MG and Cruzeiro fans this Sunday (6) – Photo: Social networks

According to the document that the g1 and TV Globo had access to, the homicide against Rodrigo was for a clumsy reason and resource that made it impossible to defend the victim. A second victim, a motorcyclist, was hit and survived. In this case, it was considered that the attempted murder was also for a clumsy reason and kind of made it impossible to defend the man.

Yuri had the temporary conversion to preventive and remains at large.

The Civil Police even indicted three other people, in addition to Yuri. Among those indicted is the man who lent the motorcycle to the suspect after he shot Rodrigo. The vehicle was not his. He would also have involvement in the clash between twisted.

– He was not reported and his situation was filed. The prosecutor’s decision to file (about her client’s case) was very fair and commendable, said lawyer Ana Beatriz Gomes.

According to her, the man was imprisoned for 30 days. The second indicted was the motorcyclist who was hit and survived. He, according to investigations, was involved in the confrontation of twisted.

The third indictment was Yuri’s girlfriend since, according to the investigation, she is helping the suspect so that he is not located and arrested. The g1 report awaits a position from the Public Ministry in relation to the accused.

Another 14 people were listed, among Atlético and Cruzeiro fans, for involvement in the clash of fans. The motorcycle owner, who did not know that the vehicle would be used in the confrontation and escape, was not charged.

Fans were on a street in the Boa Vista neighborhood, in the eastern region of BH — Photo: Social networks

The confrontation took place on March 6, hours before the classic held at Mineirão, for the 9th round of the Campeonato Mineiro. According to the Military Police, about 50 fans participated in the confusion in the eastern region of the capital of Minas Gerais.

After the incident, in conversation with the TV Globo team, Rodrigo’s mother, Marinete Caetano, said that the family never approved of her son’s involvement with the organized supporters Mafia Azul.

Rodrigo was rescued and sent to the João XXIII Emergency Hospital, but he could not resist his injuries.

Previous Nautico advances in negotiation and sends agreement for Souza’s return
Next Before the premiere, James Cameron defends the duration of “Avatar 2”