O.Red Bull Bragantino controlled the game, created more chances and even scored two goals, but VAR marked offside in the bids for the joy of Botafogo, who won 1-0, at the end of the 15th round of Série A do Brasileiro. Today’s game (4) took place at Nabi Abi Chedid, in Bragança Paulista.

The home team had more initiative, but found it difficult to overcome the carioca team’s marking, which adopted a more defensive posture in the first half. The warm game heated up in the middle of the final stage. Massa Bruta had a goal by Artur disallowed and, in the next minute, Glorioso opened the scoring with Vinícius Lopes. The hosts intensified the pressure and still made another one, again ruled out by VAR.

With the result, Bota passed Santos and reached the ninth place in the table, with 21 points. With 18, the team from the interior of São Paulo is 14th, with 18.

Who did well: Vinícius Lopes

Effortless to help in the defence, the forward was rewarded with the goal. In a duel where no one stood out, he was the best on the field.

Who was bad: Lucas Evangelista, off

Without giving support to articulate Massa Bruta’s attacking moves, Lucas was little demanded defensively and had a very low performance. He looked little for the game and, leaving the field at 21 ‘for the entry of Eric Ramires.

Retracted, the Fogão did not fit in counterattacks and, missing many passes, did little work on the ball. Who suffered the most from this was striker Matheus Nascimento, isolated at the front and participating little in the match.

The home team rotated the ball in midfield without having the creativity to build dangerous plays. The alternative found was to open the game with the wingers to reach the opponent’s area, which did not threaten the rival.

The first stage was a lot of fight for the ball in midfield and few chances created. The home team had more possession and stayed longer in the attacking field and took more danger to the goal. Even so, Gatito was little demanded, working a little on the firm kick, at 17′, and Alerrandro’s header, at 24′.

The duel returned at the same pace after the break until the 15′, when the match heated up. VAR ruled out a goal by Braga in the 15th minute and Botafogo opened the scoring in the sequence, with Vinícius Lopes. Barbieri made three changes and the home team scored again, at 24′, however, the video referee found another impediment and invalidated the bid. The Lion launched the attack, betting on the aerial ball in the final minutes, pressured and almost managed to equalize.

Sorriso gave a beautiful throw to Artur and the attacker hit for cover, realizing the arrival of Gatito. On the field, the goal was validated in the 15′, however, two minutes later, VAR noted Artur offside and invalidated the time.

At 24′, Nathan sent it to the net after Hyoran’s free kick. Once again, the party on the lawn was erased by the video referee, who saw the player in an irregular position on the pitch. Léo Ortiz, on 35′, also scored the net, but this time, the offside was clearer and it was scored on the field.

In the minute after the first goal disallowed, Lucas Fernandes took a free kick from the midfielder, playing for the area, Léo Ortiz hit it badly and left the ball for Vinícius Lopes to kick Cleiton’s left corner and open the scoring.

The third interference by the video referee happened at 43′ of the final stage. The referee went to the monitor to analyze a possible Cuesta foul on Helinho inside the area. After analyzing the play, Ramon abatti Abel kept the field decision and gave nothing.

Another injury in Glorioso

Coach Luís Castro has been suffering from injuries due to injury at Bota. The coach, who has already exposed his dissatisfaction with the structure of the club, had seven casualties for today’s match and, at 10′, lost Kayque.

With pain in his right knee, the steering wheel still tried to return to the field, however he could not resist and was replaced by Del Piage. After crying a lot on the bench, he needed crutches to go to the locker room at halftime.

Savings on cards at the beginning, expulsion at the end

In the first half, the referee relieved the players of Alvinegro carioca. Raul and Cuesta gave tough entries, but were only verbally warned. Matheus Nascimento, on the other hand, was the only yellow card after making his second most serious foul.

After the break, Ramon abatti Abel was more rigorous and, with just two minutes, he already showed the yellow card to Vinicíus Lopes. Braga made fewer fouls, but had Eric Ramires sent off in stoppage time. The steering wheel kicked the ball in Hugo’s head and, even though he apologized in the sequence, he received the red card.

The two teams return to play for the 16th round of the Brasileirão. On Saturday (9), at 4 pm, Massa Bruta welcomes Avaí. A day later, on Sunday (10), at 7 pm, Glorioso visits Cuiabá at Arena Pantanal.

Traditionally alvinegro, Leão de Bragança Paulista debuted its third uniform. The mantle is red, very similar to the ones that other teams managed by Red Bull use around the world. The company has been in charge of Massa Bruta football since 2019.

Previous ‘I can’t abandon my students’: Ukrainian teachers who turned soldiers and continue to teach
Next Abert and Senai team up to facilitate the deployment of 5G in the country 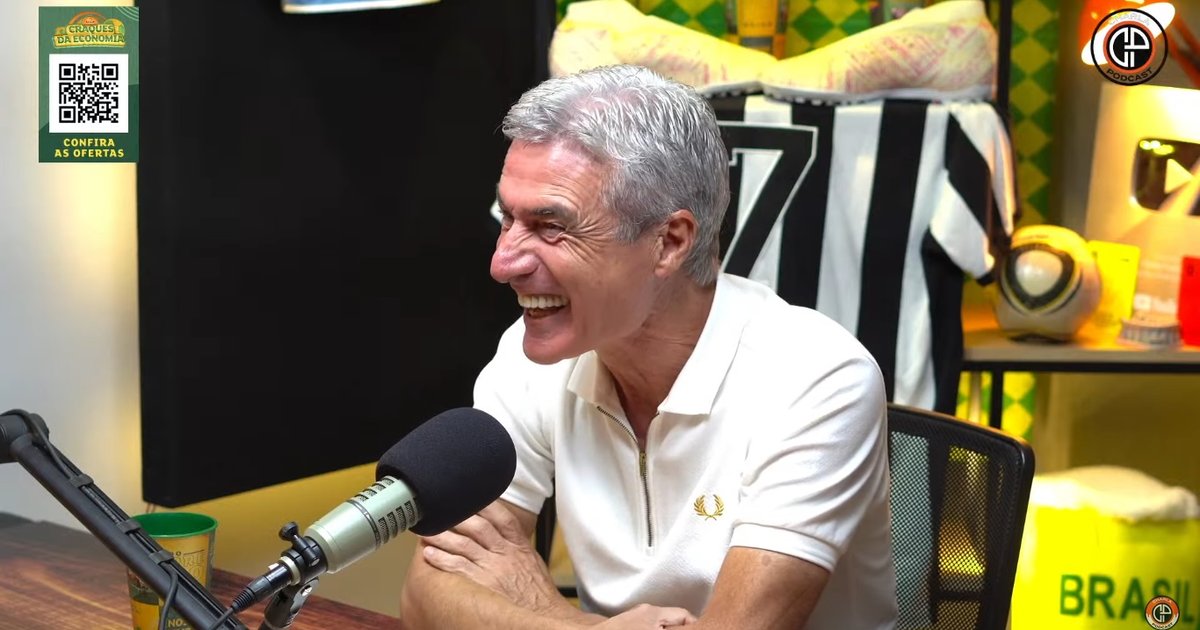 Luís Castro reveals that he rejected proposals and says: ‘I love Botafogo. I want to stay for many years, but it’s the result that will determine’

Technician of Botafogo🇧🇷 Luis Castro has a contract until March 2023. The Portuguese wants to …