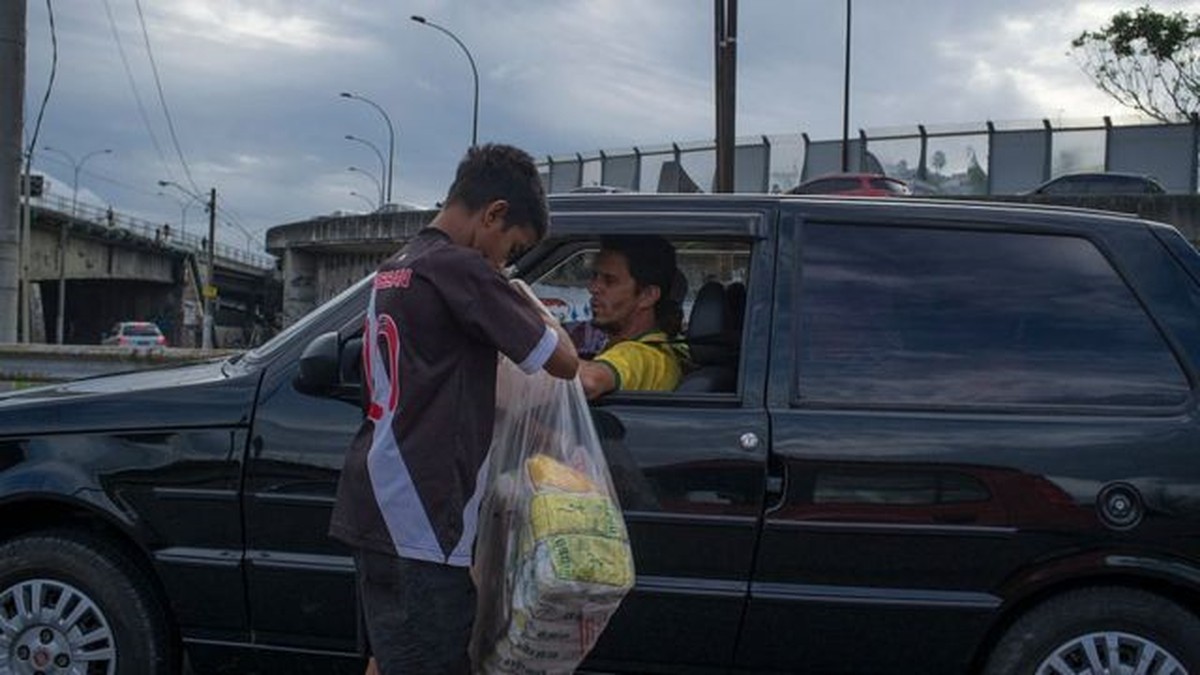 What do a child living on the streets and out of school in São Paulo and a young black university graduate who can’t find a job in Salvador have in common?

Both are part of the talent pool that is wasted every day in Brazil.

A Brazilian child born in 2019 should reach, on average, only 60% of their potential human capital when they turn 18, calculates an unprecedented study by the World Bank, to which BBC News Brasil had access.

This means that 40% of all Brazilian talent is left out, in the national average.

In the most vulnerable corners, the waste of potential exceeded 55% before the pandemic, estimates the institution. With the health crisis, the situation worsened and, in just two years, Brazil reversed ten years of advances in the accumulation of human capital for its children.

“Now, more than ever, stocks cannot wait”, warns the bank, in the Brazilian Human Capital Report, due to be released this week.

The study is part of the World Bank’s Human Capital Project, an initiative launched in 2018 to alert governments to the importance of investing in people. The Brazilian report is the first focused on a specific country.

The bank estimates that Brazil’s GDP (Gross Domestic Product, sum of goods and services produced by a country) could be 2.5 times higher (158%), if Brazilian children developed their skills to the fullest and the country reached full job.

Human capital is the set of skills that individuals accumulate over a lifetime, explains Ildo Lautharte, an economist at the World Bank and one of the authors of the study.

These accumulated skills determine, for example, the income level and job opportunities that a person will have in their lifetime. And they impact a country’s productivity, GDP size and ability to generate wealth.

Human Capital Index is lower in the North and Northeast, but there are also significant inequalities within states and regions — Photo: World Bank

In order to compare this accumulated potential in different countries and in different regions, states and municipalities in each country, the World Bank developed the ICH (Human Capital Index), an indicator that combines data from education and health, to estimate the productivity of the next generation. of workers if current conditions do not change.

The data that make up the ICH are: infant mortality and growth deficit rates; expected years of schooling and learning outcomes; and adult survival rate.

Based on this dataset, the indicator ranges from 0 to 1, with 1 being full potential—that is, not stunting or dying before age 5, receiving a quality education, and becoming a healthy adult.

“Brazil would need 60 years to reach the level of human capital reached by developed countries in 2019”, estimates the World Bank. “There is no time to lose.”

The international financial institution warns, however, that the national average is only part of the story and that there are many inequalities within the country.

“60% to 70% of this regional inequality is explained by education”, says Lautharte. “This includes both the years the child spends in school and the quality of education, that is, whether they can learn what they should have learned in school.”

“But in addition to this regional inequality, which is already expected by those who know Brazil, the inequality within the same state or region calls attention”, he observes.

For example, while the municipality of Ibirataia in Bahia has an ICH of 44.9%, similar to very poor African countries like Ghana and Gabon, Cocal dos Alves in Piauí, with an ICH of 74%, is closer to the indices of Italy. and from Austria.

While all regions have improved their ICH over the years — the study looks at the period from 2007 to 2019 — inequality persists over time.

For example, the average Human Capital Index for the North and Northeast regions in 2019 was similar to that for the South, Southeast and Midwest regions in 2007 — that is, a gap of 12 years.

Human Capital Index of the North and Northeast regions in 2019 was similar to that of the South, Southeast and Midwest regions in 2007 — Photo: World Bank

The World Bank also draws attention to racial inequality in the development of Brazilians’ potential.

According to the study, the expected productivity of a white child in 2019 was 63% of their potential, compared to 56% for a black child and 52% for an indigenous child.

But even more serious is that this inequality is increasing over time.

This is because the ICH of white children increased by 14.6% between 2007 and 2019, while the index for black children varied by 10.2% and that of indigenous children was practically stable (0.97%).

“Brazil has been very successful in terms of access to education, we have managed to ensure that almost all children are in school. The big question now is the quality of this education and this has a very high racial component”, says the economist.

Lautharte notes that this difference in learning outcomes is linked both to the quality of teaching and to the conditions of children, who start from very unequal backgrounds.

Labor market and the wasted talent of women

The World Bank also analyzes what happens when all this potential reaches the labor market. And here, the picture is even more worrying.

The ICHU (Index of Used Human Capital) weights the ICH with the employment rate in the formal and informal labor markets. The objective is to analyze how much of the human capital is actually used by the labor market.

In Brazil, the ICHU is 39%, estimates the World Bank, which means that the Brazilian labor market wastes a good part of its talents due to low occupation.

Here, the inequality between men and women also draws attention.

Looking at the ICH, women reach the age of 18 with potential above men. They had a Human Capital Index of 60% in 2019, against 53% for them. The difference is explained by several factors. For example, women tend to drop out of school less to work and, therefore, accumulate more study time on average than men. In addition, they tend to live longer, both for health reasons and the greater propensity of men (particularly blacks) to die from violent causes.

However, despite the fact that women have more human capital accumulation than men at 18 years of age, they are less used in the labor market.

While their ICHU is 32%, theirs is 40%. This is due to factors ranging from professions that are still understood today as predominantly male, to inequality in domestic work and child care.

“Only public policy can make this gap between men and women in the labor market diminish”, says Lautharte.

“This is a point where Brazil is still in its infancy, other countries are already doing much more, with much more active policies to increase the insertion of women in the labor market. This waste is particularly serious among black women, they are wasted talents.”

If Brazil was already wasting the potential of its children before the pandemic, the health crisis has only worsened this situation, highlights the World Bank.

In education, schools were closed for 78 weeks, one of the longest closures in the world. Consequently, the share of children who cannot read and write jumped by 15 percentage points between 2019 and 2021, notes the international financial institution. With all this, Brazil’s Human Capital Index fell from 60% to 54% between 2019 and 2021, estimates the World Bank, returning to the level of 2009. “In two years, the Covid-19 pandemic reversed the equivalent of one decade of advances in the ICH in Brazil”, observes the World Bank.

The road to recovery will be long, says the institution.

For Lautharte, reversing this situation requires a great effort of public policies, with recomposition of learning, which must be combined with the agenda to fight hunger, strengthening income transfer programs and public health policies.

Furthermore, says the economist, Brazil needs to learn from itself. For example, Ceará’s successful educational experience can be replicated in other states and municipalities.

“Even before the pandemic, Brazil had 52% of 10-year-olds who could not read a paragraph adapted for their age. So our goal should not be to go back to the pre-pandemic, but to move towards a better scenario”, says Lautharte.

“We now have an opportunity to rethink some things and strengthen others. So knowing the ‘many Brazils’ is essential to know where to invest and who needs more help.”

This text was originally published at https://www.bbc.com/portuguese/brasil-62018496 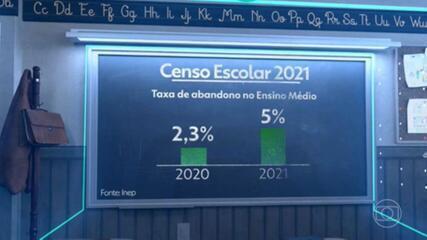 Previous Companies suspected of financial pyramid with bitcoins come into the police’s crosshairs; learn how to protect yourself | National Journal
Next Paramount+’s “Why Women Kill” Canceled