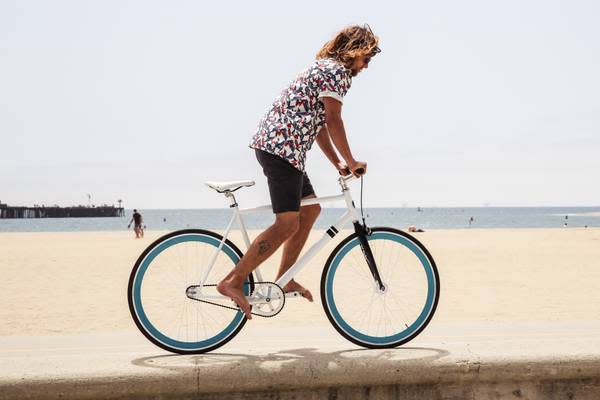 Cyclists should stand on the pedals every 10 minutes to avoid erection and fertility problems, study says

Cycling brings a number of health benefits, such as fighting a sedentary lifestyle, preventing cardiovascular diseases and obesity, among many other positive changes for the body and mind. However, for many men, cycling for long periods of time can generate discomfort in the pelvic floor – the muscles that run from the anus to the root of the penis –, which is responsible for supporting the organs in the region. This long-term pressure is related to urinary problems, and has been linked in some studies to cases of erectile dysfunction. But there are simple ways to avoid these risks, experts suggest.

Does drinking alcohol cut the effect of the medicine? Experts explain relationship and risks to the body

Should babies sleep in the same bed as their parents? See what the new American Academy of Pediatrics guidance says

In a study published in the Journal of Sports Medicine, researchers at the Wroclaw University of Medicine in Poland analyzed 22 studies on the topic to understand the evidence on problems caused by pressure on the perineum and what recommendations to prevent them. One of the studies analyzed showed – from a survey of 2,774 cyclists and 1,158 people who did not cycle – that the activity is associated with a “significantly greater” tendency of numbness in the perineal region.

“The possible link between cycling-induced perineal numbness and erectile dysfunction makes the development of strategies for perineal protection in bicycle users critical,” the researchers argued in the study.

The good news is that analysis of the available evidence has also indicated that standing on the pedals every ten minutes on the bike can be an effective measure to redirect blood flow and decrease the risk of numbness. That’s because one of the studies found that standing up for more than 20% of the time while cycling significantly decreased sensation in the genital area.

In addition, using a bench called “no nose” can also help. According to the review of the studies, the researchers say that a reduction of at least 60% in seat pressure is needed to significantly decrease the internal perineal compression that causes the problems. With the bench style without the tip in the front, the reduction reached 71%, which was associated with increased oxygenation in the region, reduced discomfort and a lower incidence of perineal numbness.

The author of the study Kamil Litwinowicz, a researcher at the Polish university, explains that the idea of ​​the work is not to discourage people from cycling, since there are numerous benefits in practice, but to guide on the best ways to do so.

— Many men struggle with discomfort when riding a bike, and there are concerns that it could lead to sexual problems. However, there is also strong evidence that being sedentary is linked to erectile dysfunction, so on the other hand, cycling as a form of activity can reduce this risk. That’s why we don’t want men to stop cycling, we want them to pay attention to things like stepping on the pedals or using a different seat,” Litwinowicz told the British newspaper DailyMail.