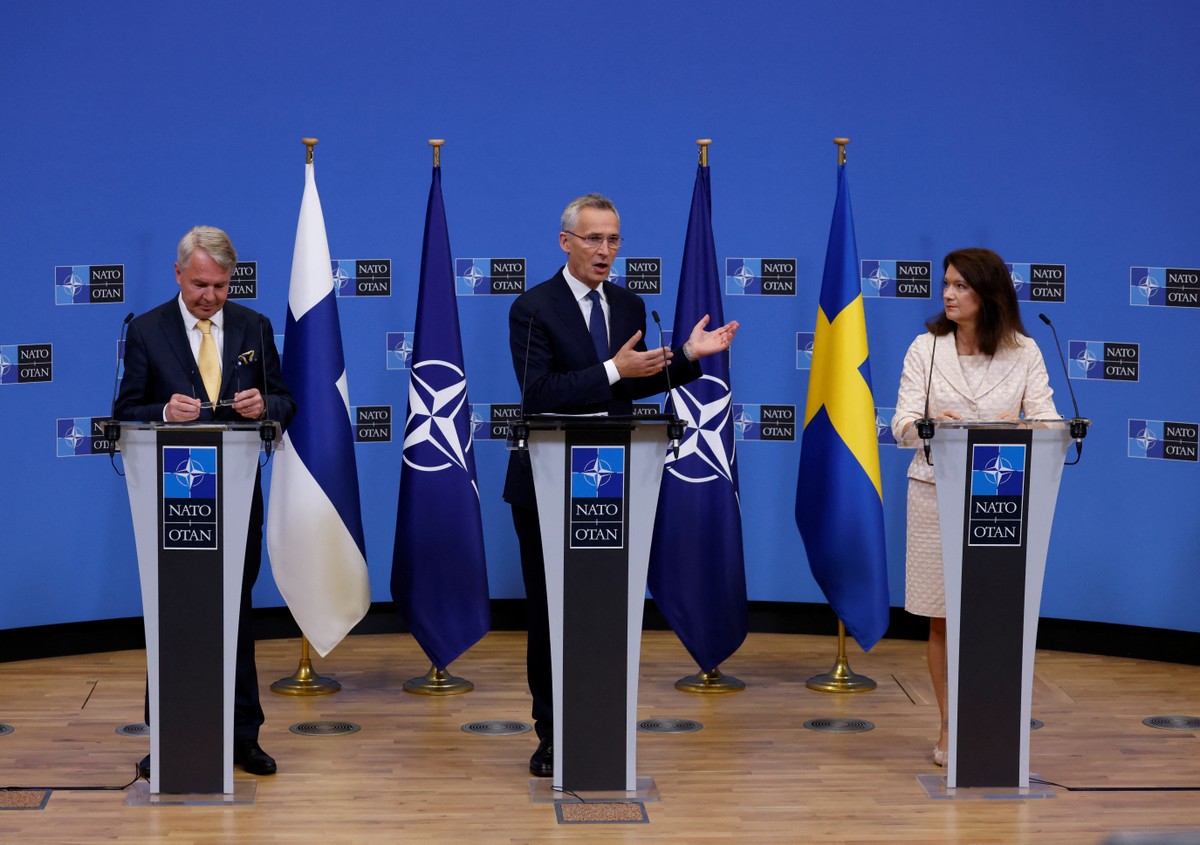 NATO allies signed an accession protocol for Finland and Sweden on Tuesday, allowing them to join the alliance once parliaments ratify the decision, the most significant expansion of the alliance since the 1990s.

The signing at NATO headquarters follows a deal with Turkey at last week’s NATO summit in Madrid, where the country lifted its veto on the Nordic nations’ membership proposals after assurances that both countries would do more to fight terrorism.

“This is really a historic moment,” said NATO Secretary General Jens Stoltenberg, alongside the two countries’ foreign ministers. “With 32 nations around the table, we will be even stronger.”

The protocol means that Finland and Sweden can participate in NATO meetings and have greater access to intelligence, but they will not be protected by the NATO defense clause, a guarantee provided since the creation of the organization that an attack on an ally is an attack against all.

The decision still needs to be ratified by member countries. It is estimated that this process will take up to a year.

The conflict between Russia and Ukraine would have among its motivations the rapprochement of Kiev with the West and mainly with NATO. Shortly after the attacks began, Moscow repeatedly warned the two countries against joining NATO, as Finland also shares a border with Russia.

On March 12, the Russian Foreign Ministry said that in the event of an accession “there will be serious military and political consequences”.

Stoltenberg urged allies to ratify quickly and assured the two Nordic countries of NATO support in the meantime.

“The security of Finland and Sweden is important to our alliance, including during the ratification process,” he said.

“Many allies have already made clear commitments to the security of Finland and Sweden, and NATO has increased our presence in the region, including with more exercises,” he concluded.