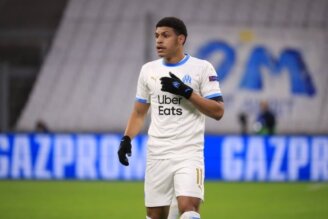 Flamengo is expecting to officially announce some new signings for the season and one of them is striker Luis Henrique, from Olympique de Marseille-FRA.

The 20-year-old will join the red-black squad to make up for the absence of Bruno Henrique, who suffered a serious knee injury and will only return to acting in 2023.

Formed in rival Botafogo – which also tried to hire the young athlete -, Luis Henrique will be initially hired on loan until June 2023, but Flamengo will have the option to purchase the economic rights at the end of this period.

According to journalist Venê Casagrande, with information brought to his YouTube channel, the red-black board closed the call option at 6 million euros (R$ 33 million at the current price).

Luis Henrique is in João Pessoa (PB) with his family and awaits the release of the French club to present himself to the Rio de Janeiro team to undergo medical examinations and sign a contract.

According to the French newspaper ‘Oueste-France’, Nantes are also interested in Luis Henrique.

Olympique de Marseille welcomes the chance to keep Luis Henrique in Europe on loan, as they understand that he can have greater professional development, even more so in French football.

Flamengo, in turn, relies on a good relationship with the French to continue the hiring of the young striker.

After winning the first leg in Colombia, 1-0, Flamengo receives a visit from Tolima this Wednesday (6th) to confirm qualification for the quarterfinals of Libertadores.

The return game is scheduled for Maracanã and the ball starts at 9:30 pm (Brasilia time). The match will be broadcast on TV on ESPN.