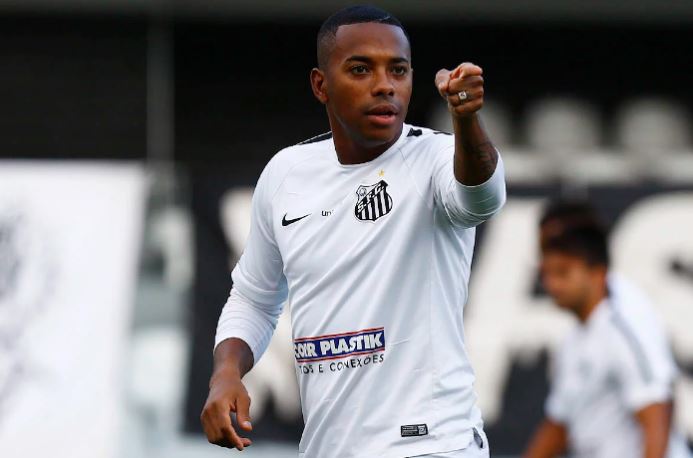 Striker Robinho, at 38, is retired from professional football. Idol of Santos and with stints in several clubs around the world, the now ex-player revealed that he abandoned his career after the final conviction in the Italian court, in January of this year, for the gang rape of a young Albanian girl inside a nightclub in Milan. in 2013, when he was playing for Milan. Now what he wants is distance from the press.

“I don’t want to give any interviews. If you can leave me and my family alone, I’d appreciate it! You were asking for Santos’ position because I entered there. Santos has always been and always will be my home. Don’t you have any more important characters for you to talk about?”, wrote Robinho in a text message to the website. UOL. “I don’t play anymore! I don’t publish my life on the internet, and you keep talking about me. There are many people wanting to give an interview, appear. I just want you to leave me alone”, he concluded.

Robinho has been without a club since February 28, 2021, when his contract with Santos ended. This last passage through the Santos club, however, did not have the player on the field. Numerous criticisms of his hiring the previous year, when the striker had already been convicted in the first instance in Italy, made the board retreat and suspend the relationship.

Before, Robinho shone on the field in both spells at Santos. In the first, in the early 2000s, it was the most prominent. In a golden generation of Meninos da Vila, the striker was twice champion of the Brasileirão, in 2002 and 2004, along with Diego, Renato, Diego Costa, Elano and co. Years later, he returned and won the 2010 Copa do Brasil and Paulistão in 2010 (along with Neymar and Paulo Henrique Ganso) and in 2015.

After his first spell at Santos, Robinho was sold to Real Madrid in 2005. He also played for Atlético-MG, Manchester City, Guangzhou FC (China) and Sivasspor (Turkey).

According to the victim’s testimony and the reconstruction of the facts, the young Albanian, who was 22 years old at the time, was in the same nightclub as Robinho and a group of friends, in January 2013, but only joined them after the player’s wife returned to House. They then allegedly offered the victim drink until “it rendered her unconscious and unable to resist”.

According to the Milan Public Ministry, the group took the young woman to a dressing room and, taking advantage of her drunken state, had “multiple and consecutive sexual relations with them”. Another four involved in the crime were not traced by the Italian Justice and could not be prosecuted.

Even without the publication of the reasons, the Milan Public Prosecutor’s Office forwarded, on February 15 of this year, the request for the international arrest of the two convicts – Robinho and his friend Ricardo Falco – to the Italian Ministry of Justice which, in turn, , already made the formal request to Brazil the following day.

However, Brazil does not extradite its citizens for crimes committed in other nations. With that, the chance of the two serving their sentence in Italy is minimal and can only occur if both travel to countries that have extradition agreements with Rome – the case of about 70 nations in the world, including all 27 member states of the Union. European, Argentina, Australia, Canada, United States and United Kingdom.

Previous Check out the main releases of July on streaming
Next Xbox Series S on SALE on Amazon for R$ 2,090