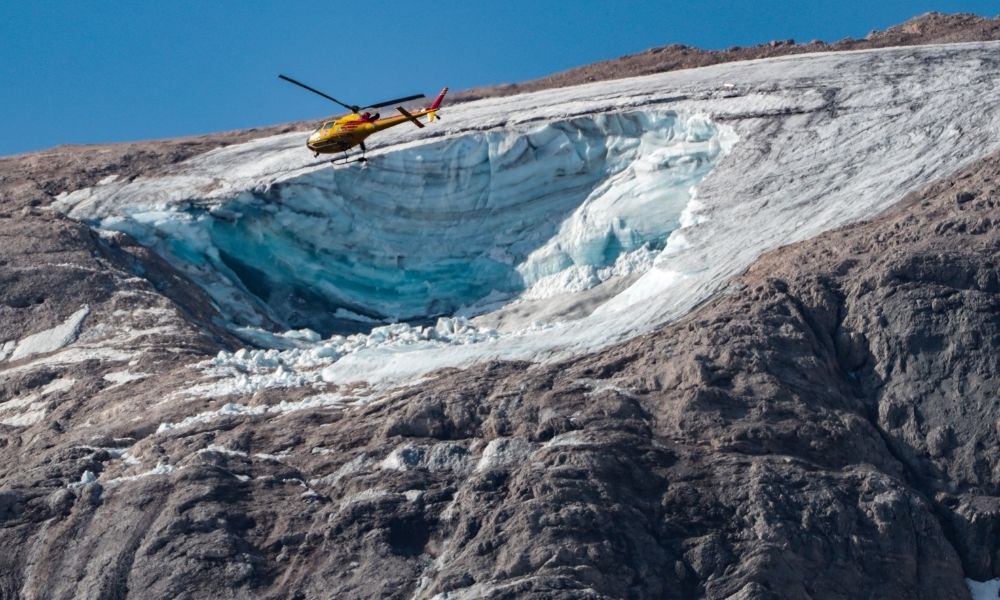 Search teams are at the scene looking for survivors; experts say accidents like this are likely to keep happening because of climate change

At least six people died and eight were injured after an avalanche caused by the rupture of part of the Marmolada glacier, the largest in the Dolomites mountain range, in the Alps of Italy, on Sunday, 3. The spokeswoman for the emergency services, Michela Canova, informed that the balance was “still provisional” and the numbers could change. According to the Ansa news agency, at least three Italians and a Czech are among the dead. Among the injured are two Germans, a 67-year-old man and a 58-year-old woman, who are at risk of death, the Veneto medical agency said. The head of Civil Defense for the province of Veneto, Gianpaolo Bottacin, also mentioned “disappeared” without specifying the number.

Searches resumed this Monday, 4, and helicopters participate in rescue and surveillance operations. The rescuers’ work was especially difficult as they had to extract the bodies from the midst of ice and rock. “We found some mutilated bodies among the pile of ice and debris spread over 1,000 meters,” said Gino Comelli, from the high mountain rescue teams, according to the newspaper Corriere della Sera. Rescue teams sent drones equipped with thermal cameras overnight, hoping to locate survivors swept up in the avalanche of ice and rocks, explained the mayor of the city of Canazei, Giovanni Bernard. “It’s a very dangerous situation for first responders as well,” who cannot advance on foot, he said. According to the head of the alpine rescue service, Giorgio Gajer, in an interview with the AGI agency, the chances of finding survivors “are almost nil”. 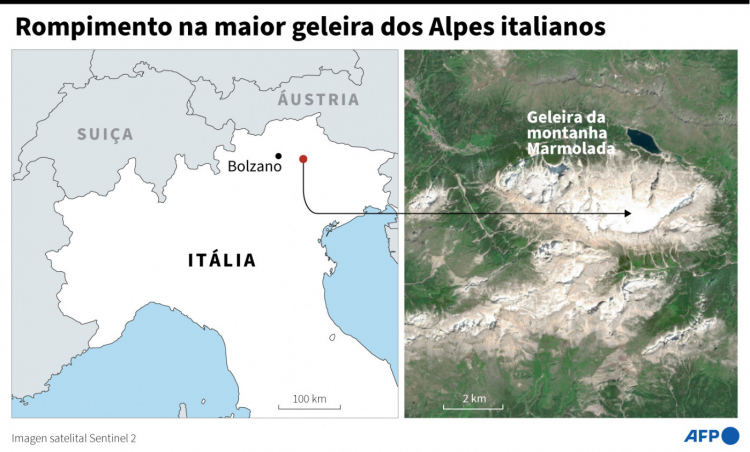 The avalanche that caused the tragedy comes a day after record temperatures of 10°C were reached at the top of the glacier. According to the professor in the science department at the University of Rome 3, the rupture “is a consequence of current weather conditions, that is, an early heat episode, which coincides with the problem of global warming”, he declared. According to Renato Colucci, an expert on glaciers cited by the Italian agency AGI, the phenomenon “will repeat itself”, since, “for weeks, temperatures in the heights of the Alps have been well above the usual indicators”. According to a report by the Intergovernmental Panel on Climate Change (IPCC) released on March 1, melting ice and snow is one of the top ten threats caused by global warming, which will disrupt ecosystems and threaten infrastructure. The IPCC has warned that glaciers in Scandinavia, Central Europe and the Caucasus could lose 60-80% of their mass by the end of the century.