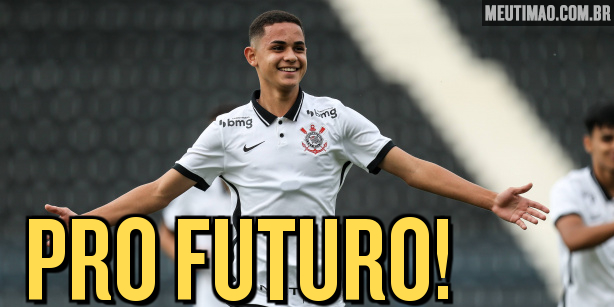 The midfielder Bahia, from Corinthians Under-17, signed his first professional contract with the club this Monday. The initial agreement between the parties had already been reported by the My Helm in April. The definitive signing took place after the player recovered from a groin injury.

At the club since he was 11 years old, Bahia had a training contract with Corinthians until March 2023. His new contract will have the deadlines officially announced after registration with the Paulista Football Federation, but it will be valid until July 2025 – respecting the time maximum of three years for underage athletes.

The player’s first professional contract with Timão follows the mold adopted by the club in the professionalization of its main players. As a result, the termination penalty for the foreign market is around 50 million euros, approximately R$276 million at the current price.

Bahia arrived at Corinthians in 2017, at the time, to reinforce Timão’s Sub-11 team. In 2021, he became a frequent part of the call-ups of the Brazilian Under-15 Team, maintained even this season, among the Under-16 players. In April of this year, he was the starter of the national team in the Montaigu World Cup, alongside Pedro, who is also from Corinthians.