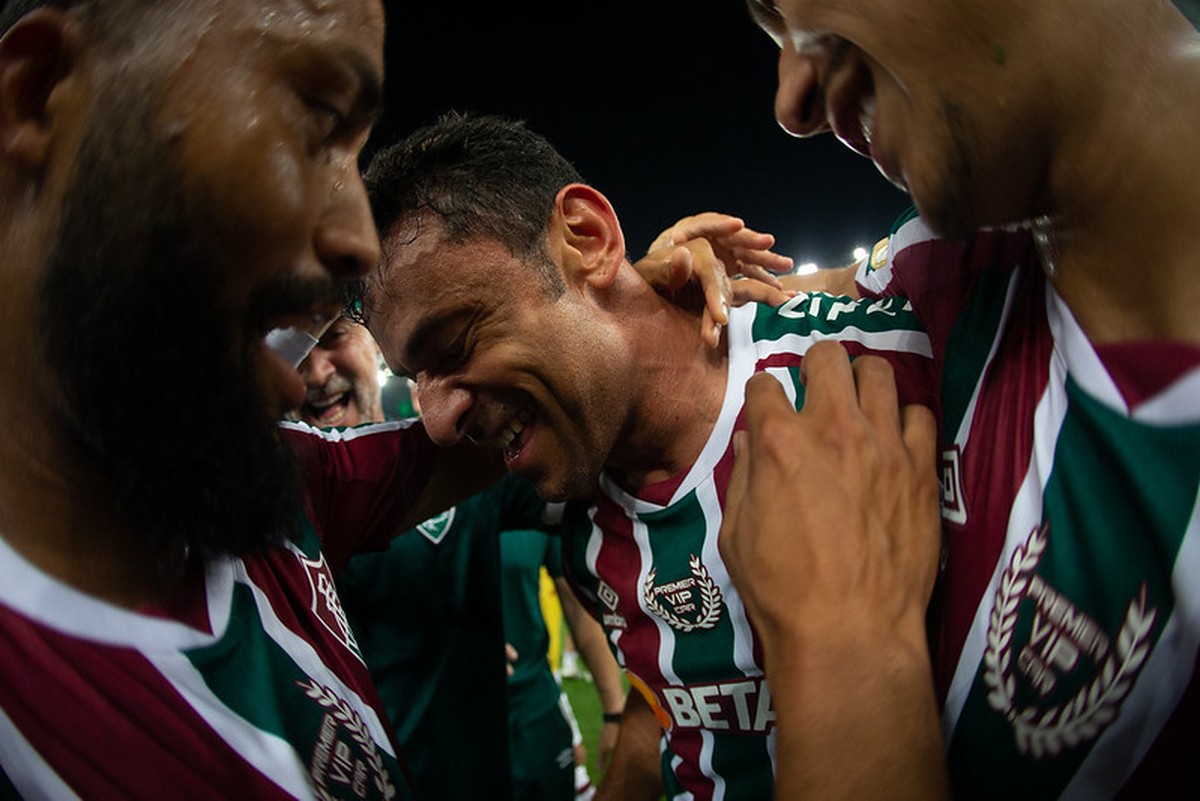 Fred or Castilho, who is the greatest idol in Fluminense’s history? Two years ago, an election with 100 journalists placed the goalkeeper, who held the club’s record for games (698 matches) and who amputated the little finger of his left hand so as not to miss the team for a long time, at the top of the “idolatry chain”. But for the current president of the club, shirt 9 wins the dispute for the context. Lawyer, Mário Bittencourt defends his arguments:

– He is my biggest idol, as a fan, and I think he is the biggest idol of the club in the modern era. I think the two biggest idols are Fred and Castilho. Castilho for having amputated a part of his body to play for the club at a time when football was a little more amateur, today is a big deal. And why do I think Fred puts himself on that shelf? For me it’s the biggest because I didn’t see Castilho play. Those who saw it, my father for example, are passionate about Castilho.

– But precisely because in the modern era everything is very volatile, players change clubs many times and very quickly, and they have little connection with institutions, I don’t think we will have another one at Fluminense the same. And maybe no other club. How was Rogério Ceni in São Paulo and him here. Therefore, and in the face of everything that is happening, of everything he has done, of all the symbiotic relationship with the fans, he becomes, in my opinion, the greatest idol in the club’s history.

+ Behind the scenes video of Fluminense x Corinthians shows Fred in never-before-seen scenes: “Am I worthy of this?”

Fred is hugged by his teammates at Fluminense — Photo: Marcelo Gonçalves / Fluminense FC

So, after retiring from next Saturday’s game, against Ceará at 19:00 (Brasilia time) at Maracanã, does Fred also deserve to win a statue like other idols, like Castilho Washington and Assis? Mário was enthusiastic about the idea for a tribute, but defended that the initiative should come from the crowd:

“It deserves a statue. But I think it would be very beautiful if it went from the outside to the inside. If the crowd could give it as a gift to Fluminense and to him”.

– In what way? I don’t know, doing a “crowdfunding” (crowd funding), the fans coming together to do it. And I’m suddenly available here as the first fan to make a contribution to the Fred statue. If the fans make a statue of him, if it is her wish with the contribution of every penny coming from the fan, from the humblest to the richest, it would be fantastic. It would be historic to know that the symbol that will stay for the rest of his life was made by the fans who love their idol.

Currently in Laranjeiras there are three busts at the entrance of the club: Castilho’s, opened in 2006, had part of the proceeds from the sale of a fancy shirt, in limited numbers and in three versions in gray, black and blue – inspired by the model that the goalkeeper used. The busts of Assis and Washington, Casal 20, opened in 2015, were made from crowdfunding and the sale of the book “Washington & Assis – Remembering is living”, by authors Heitor D’Alincourt, Dhaniel Cohen and Carlos Santoro.

Busts of Assisi and Washington were inaugurated in 2015 — Photo: Disclosure

Hired in 2009 under Roberto Horcades, Fred won two Brazilian Championships, one Carioca and a Primeira Liga in seven years, establishing himself as a tricolor idol. But in 2016, under Peter Siemsen’s administration, shirt 9 was sold to Atlético-MG for US$ 1.5 million (R$ 5 million at the time), on the grounds that he had asked to leave. after falling out with coach Levir Culpi. Internally, however, it was said that the contract, with salaries in the region of R$ 800 thousand, was impracticable. Four years later, the player returned to Fluminense in the direction of Mário Bittencourt, who claimed to have “fixed a historic error”:

– The argument was that he was an expensive player. The greatest idol in the club’s history will never be expensive because he proportionally delivered what we did for him too. It was always a professional relationship, yes, but an exchange I would say complete: Fluminense giving him all the conditions to be a great player, and him delivering goals and titles. It was a historic mistake, perhaps the biggest mistake in the club’s history. It’s just not tragic because he returns, otherwise it would have been tragic.

– What I can say is that my daughter and I, the first time we saw him wearing the Atlético-MG shirt, we cried a lot. I sincerely see that it was a movement that made no sense. I think the people who made that decision at the time should explain themselves why they understood him as an expensive player and soon after they brought in, I don’t know, seven, eight, nine players that together cost much more than he earned. That’s why I always say that I work with a sheet ceiling, not a salary. I think it lacked skill, understanding the size of the idol along with the club.

Since returning to Fluminense, Fred has always been publicly grateful to the president. In his words, he was the one who took him “from near depression”. The fact is that the two have become great friends over the past decade, including the closeness of their families. As the club’s lawyer, Mário began to defend the player on the agenda of the Superior Court of Sports Justice (STJD), and then they became even closer when he became vice president of football.

– We always had a strong relationship from the beginning, a great empathy. I have some passages with him, including personal ones. The first word my daughter (Maria Isabel) spoke in her life, after father and mother, was Fred. In fact she said “Fredo”, with “o” at the end. The first time she entered the field was in his lap, when she was a year and a few months old, in the game against Atlético-MG at Engenhão, in the 2012 Brazilian, that 0-0 that our goal was disallowed. I still have this photo – said Mário, explaining that the relationship increased after the 2014 World Cup:

– I think it was after the World Cup. He called me from the Granja (Comary), very shaken between the 7-1 game and the third place match. He was very sad, crying a lot, saying that he no longer wanted to continue in Brazilian football, he thought he would hardly recover here. I told him he had to come back, I really believed he would go back to being the great goalscorer he always was. I think from then on it solidifies a lifelong friendship relationship.

One game remains for the idol’s farewell. If Fred’s penultimate act with the tricolor shirt left everyone in ecstasy against Corinthians, for Mário Bittencourt it was still a feeling of pride. After all, it was the president who pushed the player away from the idea of ​​bringing forward his retirement at the end of May, due to the problem in his left eye.. If the striker had put his foot down on that occasion, none of these last magical moments for the tricolors would have happened.

– There were several convictions. In 2020 for him not to retire and return to Fluminense. And now recently, when he wanted to anticipate, and I told him no, that as the greatest player in the club’s history he needed a farewell the size of his history. And he is so enlightened that he scored the 199th goal, a great goal against Corinthians, and I hope he scores the 200th against Ceará. It’s been a gigantic farewell, his size – he finished.

Previous Barbie film is a hit on the networks, with back-to-back recordings in ‘real time’; see questions and answers | Movie theater
Next Man sentenced to death in Texas asks for postponement of execution so he can donate kidney