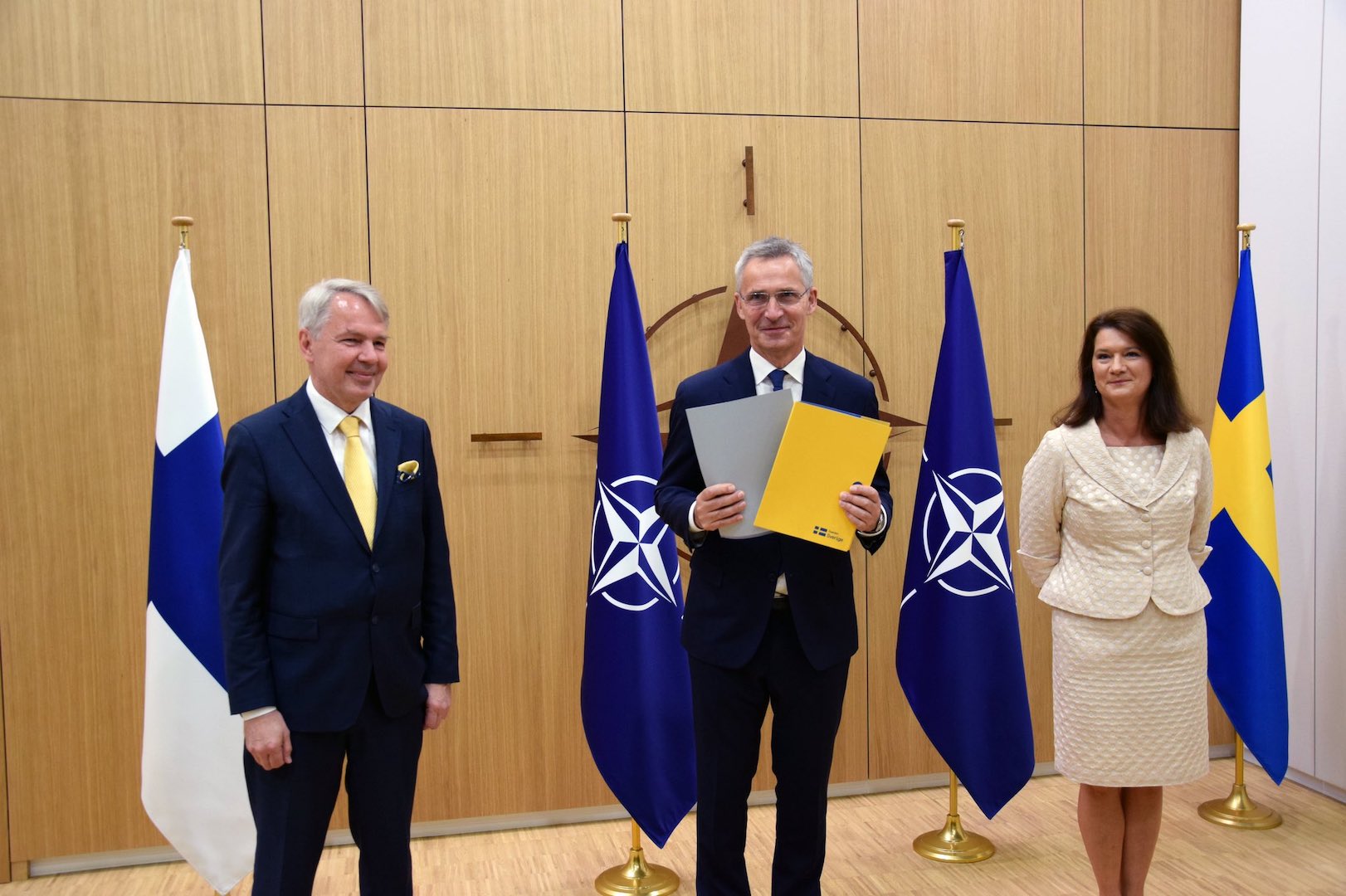 The 30 countries of NATO (North Atlantic Treaty Organization) signed this Tuesday (June 5, 2022) the adhesion protocols of Finland and Sweden. With this, Helsinki and Stockholm can participate in Alliance meetings and have greater access to the organization’s intelligence information.

However, until the accession process is completed, the 2 countries are not protected by the NATO defense clause that states that an attack on a member country is an attack against all. It is still necessary to ratify the protocols signed this Tuesday by the Legislatures of the NATO countries. This process should take around 1 year.

NATO Secretary General Jens Stoltenberg, said what “this is really a historic moment”.

“With 32 nations around the table, we will be even stronger and our people will be even safer as we face the biggest security crisis in decades.”, declared.

Swedish Foreign Minister Ann Linde said Sweden is looking forward to working with NATO and “ensure collective security”. in your profile at twittershe thanked the Alliance countries for their support. 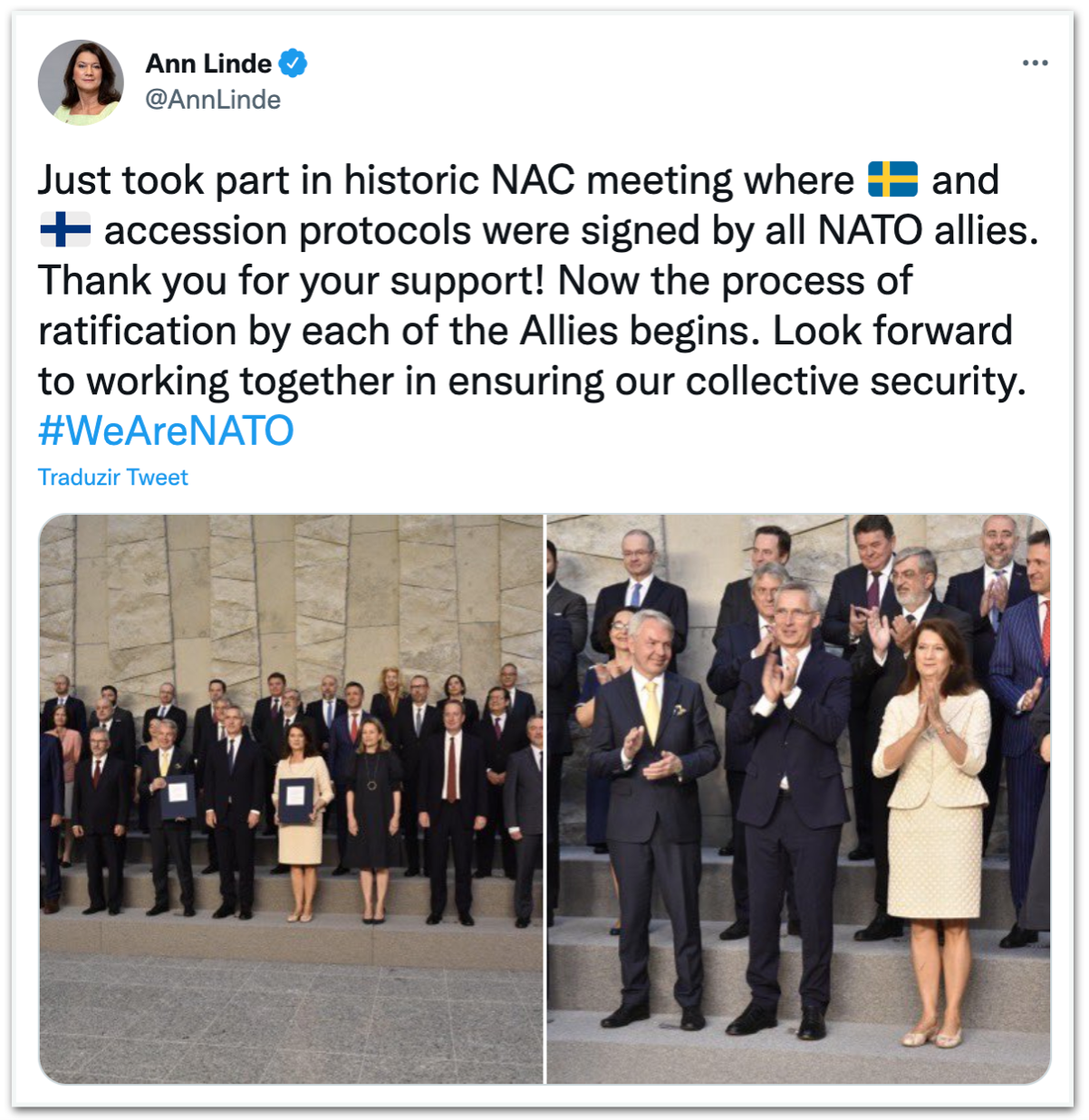 In an interview with Linde and Finnish Foreign Minister Pekka Haavisto, Stoltenberg said it was necessary to find “common ground” to advance the accession process.

“There were security concerns that needed to be addressed. And we did what we always do at NATO: we found common ground“, said.

The greatest resistance to the entry of the 2 countries came from Turkey. After weeks of negotiations, the Turkish leader, Recep Tayyip Erdogan, agreed with Sweden and Finland on a series of measures. the 3 countries signed an agreement of understanding on June 28, in Madrid (Spain).

Haavisto said Finland was happy to be able to participate in NATO working meetings and, like Linde, thanked the 30 countries in the Alliance for their support. “The accession of Finland and Sweden will not only contribute to our security, but to collective security.“, said.