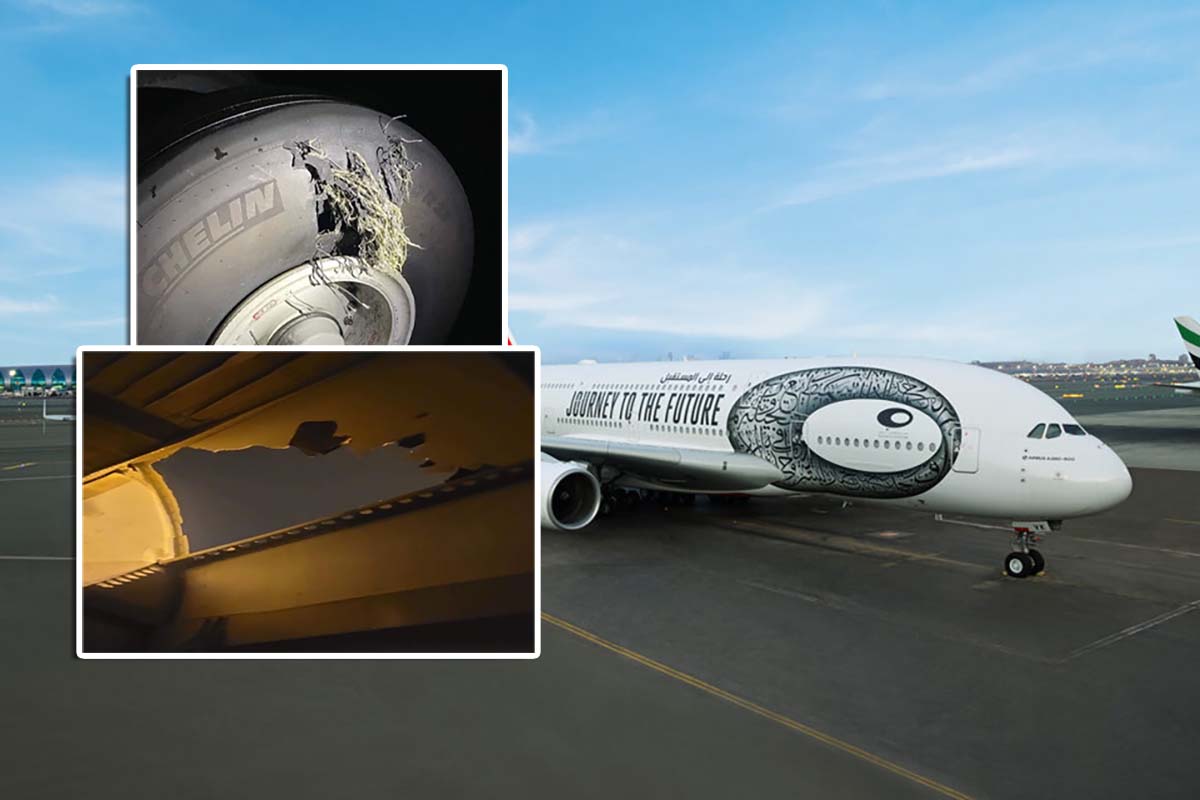 On Saturday (2), the information that an Emirates Airbus A380 landed in Brisbane, Australia, with a huge hole in the fuselage reverberated around the world, including in Brazil, along with a version that the aircraft would have flown every 13 hours with the tear in the area near the landing gear. However, this is just a rumor for now.

In any case, in the case of aeronautical incidents and accidents, there are usually several factors that, combined, lead to misfortune. In the case of the Emirates plane it should be no different. The case is under investigation and, with more information and expertise, it will become clear which factors contributed to the opening of the hole.

Meanwhile, more images and testimonies about the case continue to appear on the internet. The new photos, available below (along the post), show (i) the gaping hole from an inside perspective of the aircraft, (ii) a blown main gear tire, and (iii) video of the fuselage hole seen. out.

Some details to consider are:

– the hole is in the landing gear well, a non-pressurized area of ​​the aircraft, even so the travelers possibly heard, in addition to the on-board crash, some different sound during the flight;

– there is a photo of an alleged missing part of the front landing gear, but that image refers to a 2017 incident in Dusseldorf and has nothing to do with the case at hand now;

– there are no details available at this time as to which alerts were received or heard by the flight crew. It is possible that they only received the warning of the loss of pressure in a tire, after the blowout, and that would be too little information to make a decision to return;

– there are many opinions in favor and against the pilots’ action, where some argue that they should have returned, while others believe that the choice to proceed was correct. Opinions are seen from industry professionals and enthusiasts in aviation forums around the world. Only investigation can tell what was right and what was wrong.

Some of the recent opinions on the case, published on Avherald, are:

“I was on this flight sitting approximately 10 rows in front of the hole in the left window. About 30-45 minutes after takeoff we heard a loud bang, I turned to my wife and said that whatever it was would be stressing the pilots. It definitely didn’t sound like normal turmoil. The rest of the flight was fine, no noises that I could hear. Before we landed, they told us that we had to land on a different runway and call for assistance to inspect the plane, looking for a suspected problem with the landing gear. The landing was very smooth. So, with the engine off, we had to be towed. So surprised to see a hole in the side now. Glad it wasn’t worse.”said a traveler.

“I was on this flight. There was a big bang after takeoff. We were informed of a problem on our approach to Brisbane.”said another.

“I was on this flight, sitting by the hole. I was tired and I don’t remember when it happened, but we had been on the air for a while, I think they started the second food service. There was a loud bang and I felt it on the floor too. Cabin crew kept calm, stopped food service and picked up the phone and checked the wings/engines. Nobody was scared and when it became clear that we were still flying well, the flight continued normally.
The sound was different, the pitch of the wind noise had changed. On landing we all applaud the crew“, said a third.