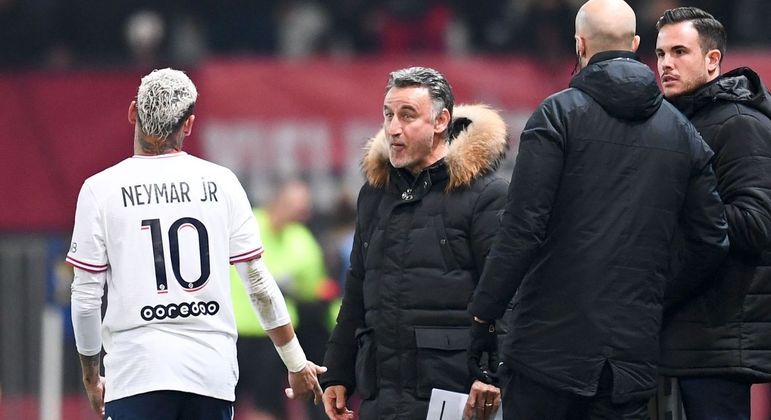 Neymar’s binges and failure in the Champions League brought down Pochettino at PSG. Club hires Galtier. Brazilian life will have to change – Prisma

“The club thanks Mauricio Pochettino and his coaching staff for all the work they have done.

And wish them all the best for the future.”

That was the simple, direct statement with which PSG got rid of Mauricio Pochettino today. The Argentine had a contract until July 2023. He was summarily sacked.

His departure has, of course, a lot to do with his failure to win the Champions League. The fall in the semi-final in the 2020/2021 season, against Manchester City, has already shaken him. But the failure in 2021/2022, still in the round of 16, against Real Madrid, sealed his luck.

The lime shovel was the decision of the Qatari royal family, which owns PSG, to do everything to keep Mbappé. It was not enough to offer him the highest salary on the planet, 50 million euros, R$ 277 million, per year. But also listening to what the player had to say, what he believed he should change at the club.

Mpabbé went straight, according to the French press. He asked for more seriousness, more focus from everyone at the club. The message went straight to those who could not keep that determination in the cast: the Brazilian executive Leonardo. The former national team player was replaced by Portuguese Luis Campos, with whom Mbappé had previously worked at Monado. And he knew his firmness with the cast.

The second target could not be another, the Argentine Mauricio Pochettino. He was also subservient, too calm in the face of off-field behavior, especially Neymar.

And today, too, the Frenchman Christophe Galtier will assume his position. Why Galtier? For knowing well the weaknesses of PSG.

Managing more modest teams like Lille and Nice, he frustrated the Parisian club’s billionaire squad. Won the French League in 2020/21 and the Coupe de France in 2021/22. In addition to having been the best coach of the French League three times.

At 55 years old, with a strong personality, he arrives at the club with the mission of demanding the most from the star-studded squad. In the times he left PSG behind, he noticed the team’s lack of determination, tactical commitment, vibrancy, the desire to be champions.

President Nasser Al-Khelaifi got tired of the demands from the press, the fans and the French population in general, about Neymar’s behavior. He became the main focus of the lack of determination, of seriousness for the club to win the Champions League.

Although he fulfills his professional obligation, which is to train and play, off the field, with his public sprees, he demoralizes the attitude of PSG, thirsty for the most important tournament among the teams in the world. The conquest would be the definitive endorsement to stop being considered just a nouveau riche club, but a giant to be respected.

Galtier asked for Neymar to remain at the club. But he wants to “frame” the athlete. Put an end to the provocation of opposing players, the tantrums with the referees, the exaggerated individualism, which harms the team. And with the simulations. Besides, of course, the binges. Even on breaks.

The general impression is that Neymar has done what he wanted since he was hired in 2017.

The technicians were at his mercy.

Starting with the Spaniard Unai Emery, passing through the German Thomas Tuchel, to the Argentinian Mauricio Pochettino.

Today’s change, with the arrival of Galtier, is a direct warning to Neymar.

Things are going to change a lot at PSG.

The Brazilian has just extended his contract until 2027.

It has to receive R$ 200 million until then.

The sensationalist note from the newspaper El País last week, without any source, realizing that the Brazilian was warned that he would not stay at the club was not confirmed.

He, Messi and Mbappé took a longer vacation, combined with the club’s management. They won’t be at the club until July 11, six days from now.

When the Brazilian arrives, he will find a changed club.

Much on your own.

With the collection, seriousness and focus to win the Champions, indicated by Mbappé.

Luis Campos and, above all, Christophe Galtier will be on hand, waiting for him.

Life at PSG will change for Neymar.

Either he fits in or he leaves.

Everyone in Paris got tired of his abuse.

He has not been told he will be leaving the club.

On the contrary, Galtier’s wish is that he stay.

But, at 30, going beyond a mere follower of training and games.

Also dedicating himself on breaks.

Preserving himself with a clear objective: to win the Champions League.

Galtier is instructed to go beyond Emery, Tuchel, Pochettino. And especially Tite.

Show the need for the Brazilian to be an athlete also off the pitch.

Respect his career and the club that pays him.

Neymar’s life will change at PSG…


Footvolley, ballads with partners and open dating: see how Neymar’s vacation in Brazil was