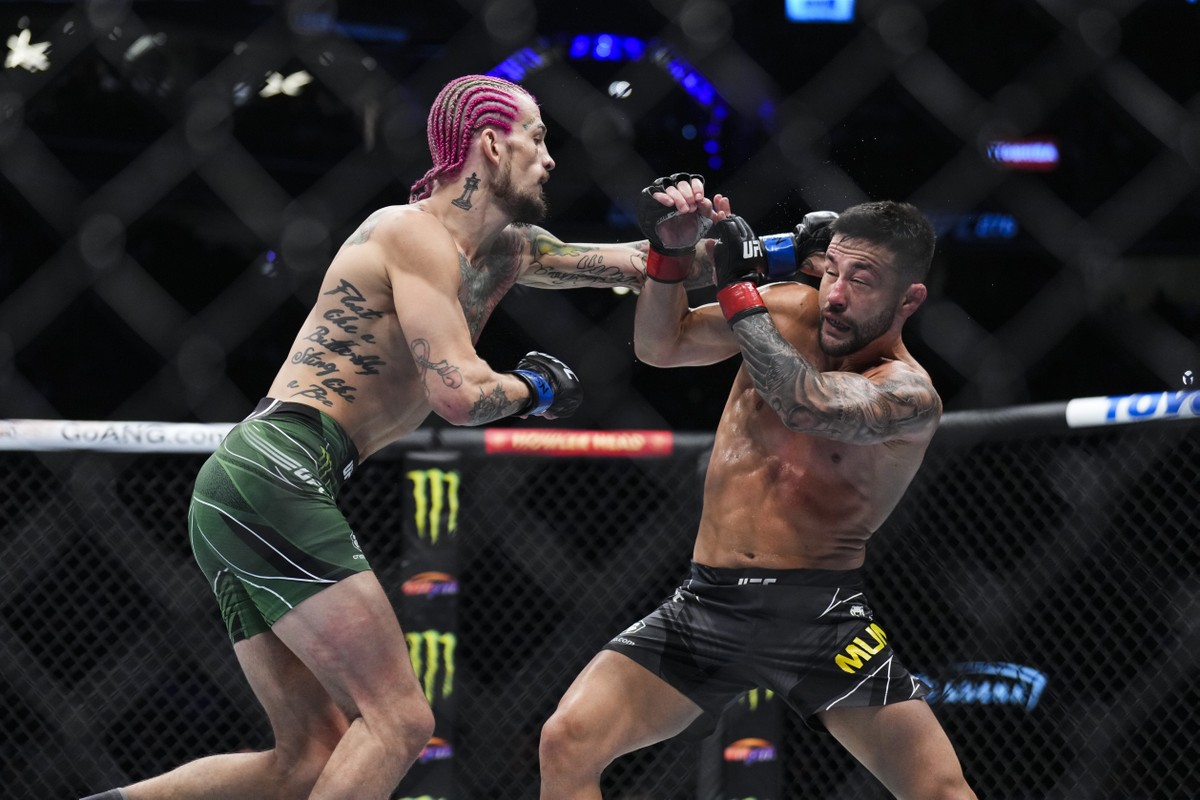 O’Malley regrets interruption of the fight against Pedro Munhoz: “I was dominating that fight” | combat

In contest). In a press conference after the fight, O’Malley said he had an advantage at that moment and the Brazilian took advantage of the incident to not continue in the fight.

– 100% (that he was wanting to get out of the fight). That’s what’s on my mind. I will have to review. I was complicating him. I didn’t get hit once. He went there, said he was going to kick his legs and try to take it down. He tried to kick my legs and it hurt him even more. He couldn’t put me against the bars, couldn’t bring me down. I was dominating that fight.

In a video posted on his social networks after the fight, Munhoz explained the diagnosis of the injury, and said that he suffered a scratch on his cornea in his right eye, making it impossible for him to continue in the fight.

O’Malley said he didn’t believe it was something serious and reinforced his analysis that he was dominating the match, even with two judges pointing out the Brazilian as the winner of the first round.

– Initially, when it happened, I didn’t think it was bad. I think we would be fighting in 20 seconds. I didn’t think the fight would stop. I was dominating that fight, I defended each of his leg kicks. I could feel his shins hurting. Every time he took a kick, I defended, and I would say it hurt him. I wasn’t hit once. I was mastering that fight, I was finding my distance. It sucks!

– It’s a strange feeling because I feel like I won the fight, but I don’t have the emotions of a victory. I was winning the fight. I don’t believe in jury scores. I literally didn’t get hit once. Where were they watching? I didn’t get it right. How did they score this? It doesn’t make any sense.

The fighter revealed what he talked to the Brazilian while still in the octagon, and said that something needs to be done about MMA gloves, which end up causing accidents in fights.

– I don’t know how bad the eye hit was. I can’t even imagine how bad it feels and not being able to fight, so I said I’m sorry. I obviously didn’t want to do that. We have to figure something out with the gloves because when you’re wearing the gloves, they kind of force your hands open. You have to really try to make a fist, so if we had gloves that actually force your hand into a fist, I think it would help a lot. “I respect you, I’m sorry, that’s it.”

UFC Dos Anjos vs Fiziev: A duel between namesakes at lightweight you can only watch it live in the match! — Photo: Infoesporte

UFC Dos Anjos vs Fiziev: A duel between namesakes at lightweight you can only watch it live in the match!

Previous Cinema do Bougainville reopens with VIP rooms and waiter, in Goiânia
Next Financial companies need a social purpose to keep going