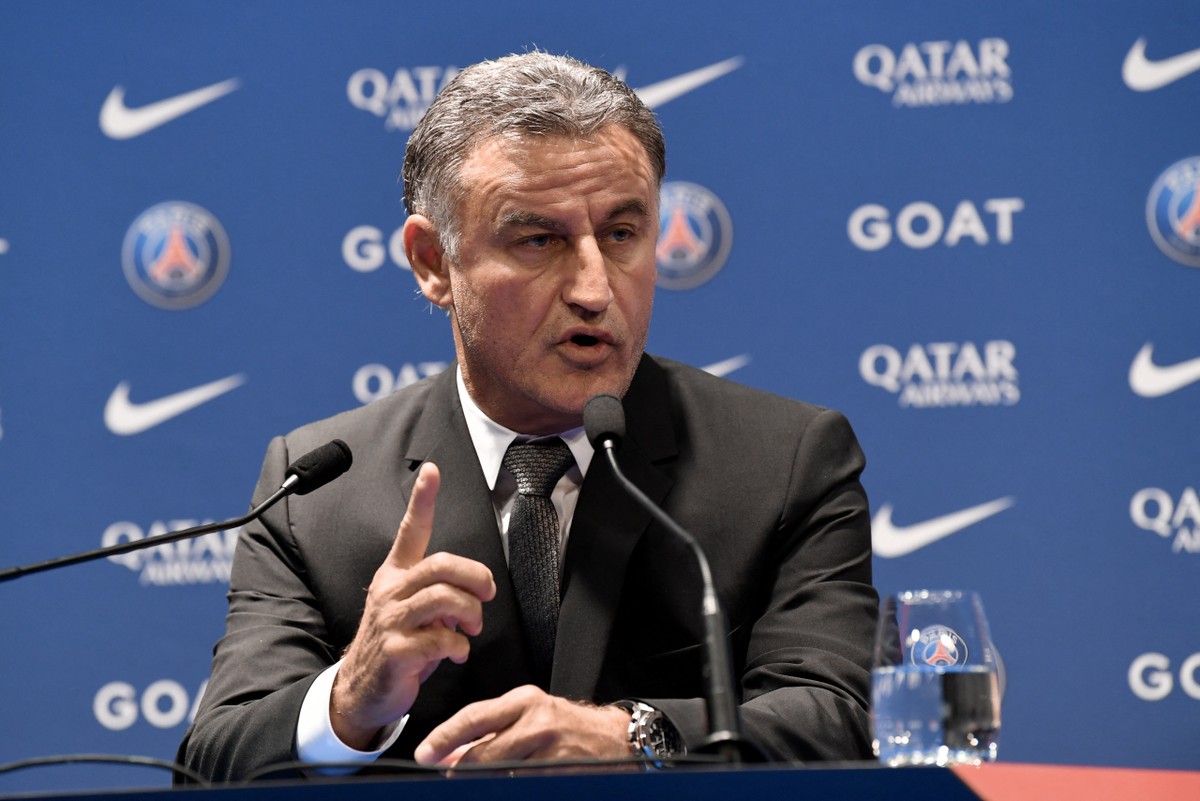 PSG announced Christophe Galtier as their new manager on Tuesday. Hours after confirming the departure of Mauricio Pochettino, the Paris club made official the arrival of the 55-year-old French coach, who was at Nice. He signed for two seasons, until 2024, and was presented in the auditorium of the Parc des Princes alongside President Nasser Al Khelaifi.

– The responsibility given to me is to ensure that PSG has a great season, with great matches, great achievements. I prepared myself for this. If I accepted this position, this responsibility, it is because I am capable of it. But alone it is very difficult, together we are much stronger – said Galtier, who pointed out to be with “humility and determination” – said the new PSG coach.

Galtier, who has spent his entire career as a coach in French football, will be yet another professional trying to lead PSG to the dreamed Champions League title. He will be the team’s sixth coach since the club was bought by an investment group linked to the Qatari government in 2011. At the time, Antoine Kombouaré was sacked for the arrival of Carlo Ancelotti – and they have also been at PSG Laurent Blanc since. , Unai Emery, Thomas Tuchel and Mauricio Pochettino.

– I’m very happy to be by his side. I want to thank Mauricio Pochettino for all the work he has done with his team. I wish him the best. Today, a new era begins, a new atmosphere, a new motivation and new goals. We watched Christophe in Saint-Etienne, Lille, Nice, we are happy and proud to have this French coach in this project – said Nasser Al-Khelaifi.

“I want Neymar to stay with us”

Upon being made official, Galtier gave his first interview as PSG coach. And, naturally, he heard questions about the star-studded cast and about specific athletes, including Brazilian Neymar. The coach pointed out that he wants to count on the services of shirt 10 in Paris.

– He is one of the best players in the world. What coach wouldn’t want him in their squad? I was talking about finding a balance, and I have a very precise idea of ​​what to expect from Neymar. I haven’t met him yet, I’ll hear what he’s going to say, but obviously I want Neymar to stay with us,” Galtier said.

Galtier celebrated the renewal of Kylian Mbappé, calling the Frenchman, too, one of the best in the world. When asked how to manage a locker room with so many big names, the coach tried to demonstrate authority.

– These are players who want to win. I’ve known locker rooms where there was a lot of ego. The first thing is to talk to them, but also to impose yourself. We must have a project with a common commitment. Observe, listen. I know I will have the support of my board to deal with any player.

Who is Christophe Galtier?

Former defender, who passed through clubs such as Olympique de Marseille, Lille and Toulouse as a player, Christophe Galtier began his career as a professional coach in 2009, at Saint-Étienne, where he worked for eight years. Prior to that, he was assisting at clubs such as Olympique, Lyon, Portsmouth, Al Ain and Bastia.

After a long period at Saint-Étienne, between 2009 and 2017, he moved to Lille, where he had the most outstanding work, over four seasons. Galtier was the club’s commander in the 2020/21 season, when Lille overcame Parisian favoritism and won the French title, the most important trophy of the coach’s career. He also has a French League Cup with Saint-Étienne in 2012/13.

His last job was at Nice, where he only worked last season. And he also managed to stand out by taking the red-black team to fifth place in Ligue 1, guaranteeing a spot in the Conference League. His name gained strength at PSG after bigger options, such as Zinedine Zidane, proved unavailable at the moment. Galtier worked with Luís Campos, Paris’ new technical director, during his time in Lille.