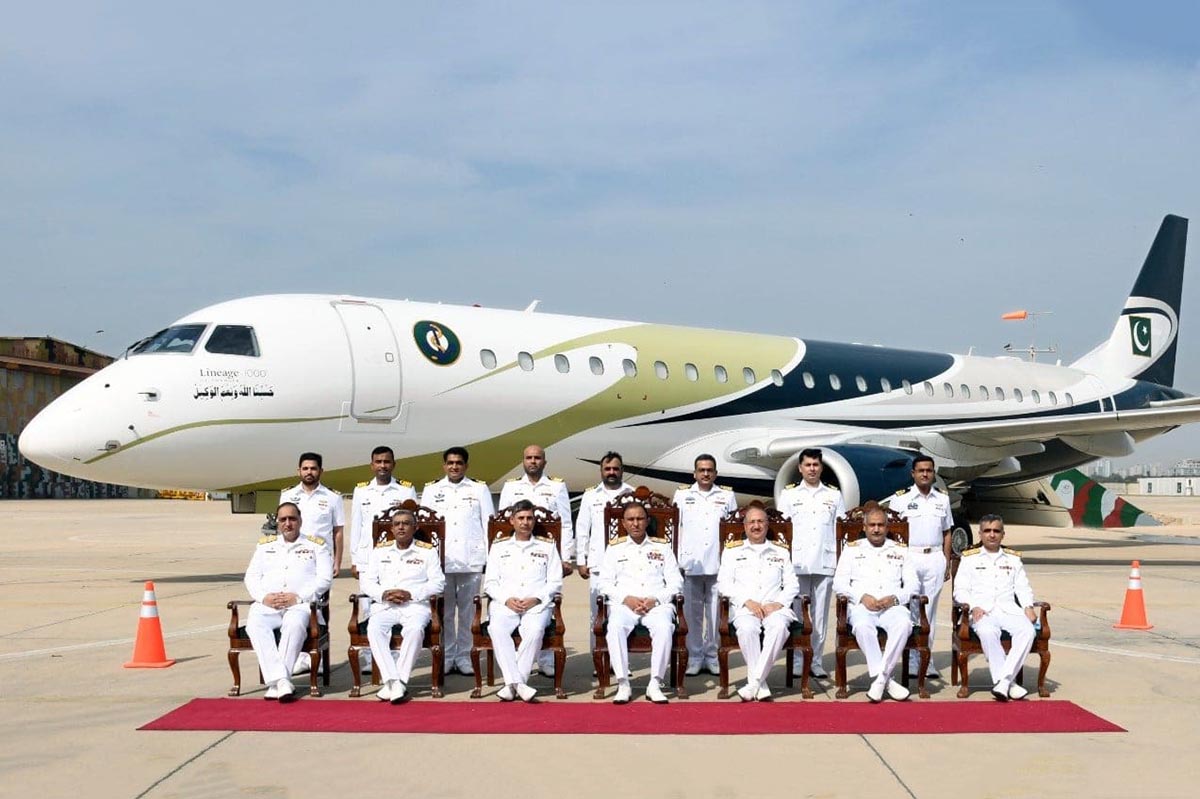 In September last year, the Pakistani Navy took delivery of its first Embraer Lineage 1000 jet, which would be adapted for long-range maritime patrol (LRMP) missions and, as a result, receive the nickname “Sultan of the Sea”.

This week, it became known which will be the next two jets of the model, which will join the Asian armada in the near future. One of them has serial number 19000296 and was built in 2010, while the other, 19000362, was made in 2014. Both aircraft belonged to private companies, transporting VIP travelers under lease agreements.

The jets are currently in storage and are expected to be delivered shortly. They are part of an order for three aircraft by the Pakistani government, although sources in the Asian country believe the order could be expanded in the future, to 10 units.

The Sultan of the Sea

These aircraft will be equipped with state-of-the-art weapons and sensors to carry out Air Maritime Operations, including anti-submarine warfare (ASW). Its objective is to replace the fleet of 6 Orions P-3A in the next few years.

The Pakistan Navy also added that the ‘major components’ of the aircraft such as engines, flight control system, landing gear and other critical parts must be free from US International Arms ITAR (Traffic Regulations) coverage.

For the second stage, the Navy would model the instrumentation aboard the new Sea Sultan after that of the RAS-72 Sea Eagle. The RAS-72 is a maritime patrol aircraft (MPA) based on the ATR-72. Leonardo was the company chosen to carry out the modifications and, of course, to integrate its own sensor, command and control and communications equipment.

The Italian company also offers a maritime patrol version derived from the ATR-72-600, the ATR-72MP (from the Maritime Patrol), so it looks like Leonardo’s offer eventually won out.

It will be very interesting if, from this program, a family emerges that can be placed in the special mission aircraft market, as an intermediate model between the Boeing P-8 and E-7 and the derivatives of the ATR-72 and C295 Persuader. Embraer would win in this deal.

Previous Up to 65% on gaming peripherals on AliExpress; check out
Next Birds of Prey | Actor reflects on ‘bizarre’ deleted scene