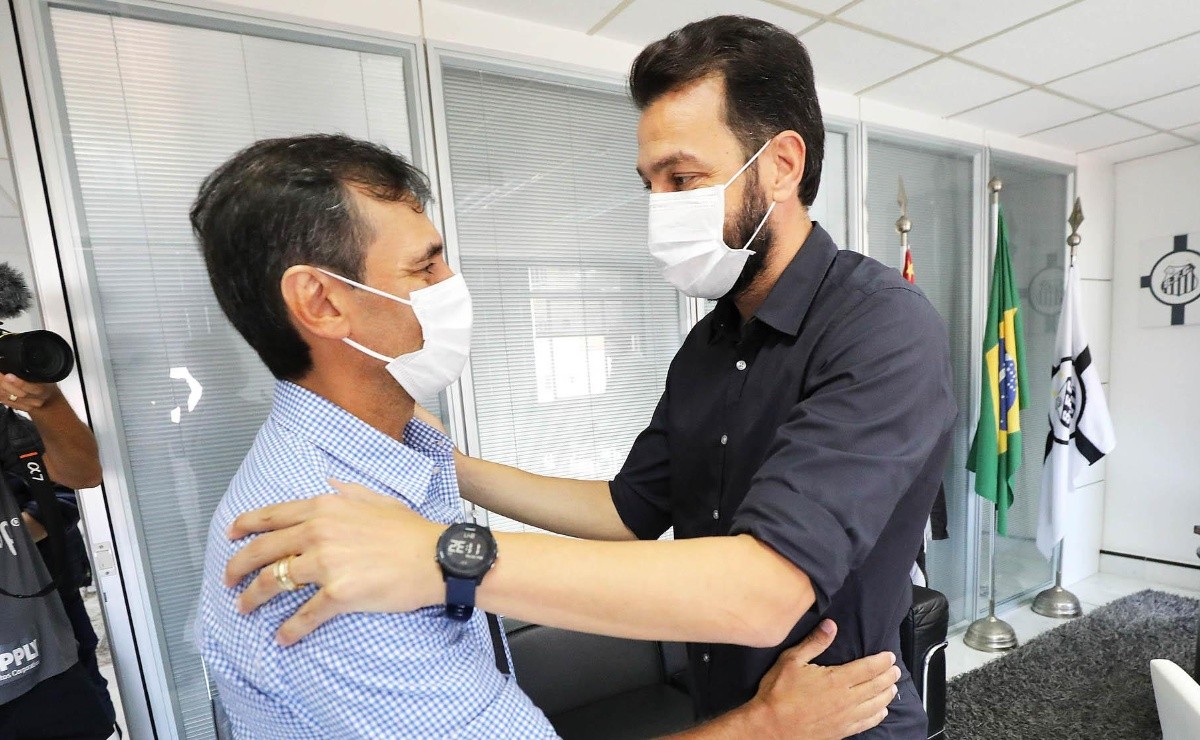 “This time”; After stumbling against Flamengo, Bustos and Dracena meet and rock the backstage of Santos

Santos lost another one in the Brasileirão. This time, Peixe was surprised by Flamengo, who with goals from Pedro and Gabigol, beat Peixe 2-1, in Vila Belmiro. With the result, the team led by Fabiàn Bustos continues to fall in the table. With only 19 points, the Santos team appears in 10th place. It is worth remembering that the team led by Fabiàn Bustos has only won one in the last 12 matches.

The situation is worrying. So much so that soon after the defeat to Flamengo, the board called Bustos to talk. Executive Edu Dracena, directors and the technical committee reached an agreement that there are changes for the team not to suffer in the Brasileirão as well as last season. This was the second time that a meeting between directors and the technical committee took place, according to the Globoesporte.com reporting team.

In the first, the two parties talked to align strategies for the course of the season. This time, the tone of demand was greater and it was defined that the club should undergo changes as soon as possible. The idea is that there is an evolution in football, even if victory does not come in some opportunities. Bustos has been threatened in office since the 4-0 defeat to Corinthians at Neo Química Arena. This time, the Argentinian commander heard some ideas from the direction and gave a positive sign to make changes in the team and thus find the path of victories.

Although a conversation took place, the Argentine is threatened and could be fired if new triumphs don’t happen soon. The name of Odair Hellmann, which is free on the market, has been gaining strength behind the scenes at Vila Belmiro. An elimination for Deportivo Táchira could put an end to Bustos no Peixe’s trajectory.