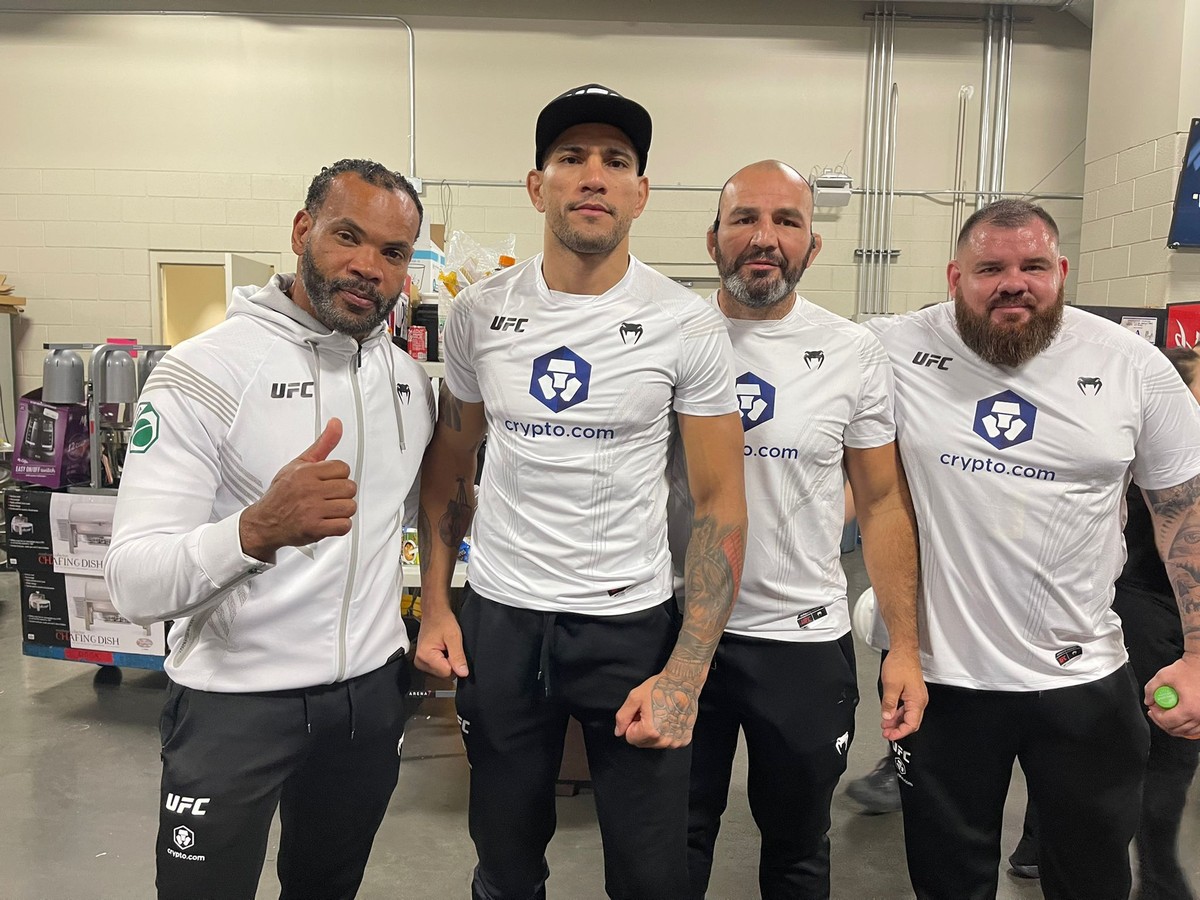 – Very calm, strategic in what we said, and moving, because we didn’t know (what would come) because Strickland said he was going to do wrestling, so he moves and sees, and that’s all he did. And at the right moment, we trained that there for the fight, several options where that crusader came from, and Poatan was very calm, very calm – said Glover in an interview with Combat in Las Vegas, shortly after the event ended.

Glover also watched from the sidelines of the main event, where Israel Adesanya defended his middleweight belt by defeating Jared Cannonier via unanimous decision. The Brazilian pointed out that the Nigerian’s provocations aimed at Poatan do not affect the fighter. The expectation is that the two will face each other in the next title fight.

– We are already looking (at Adesanya). It was a bit of a lukewarm fight, but Adesanya fought well. It was what we were waiting for, Adesanya’s victory, because this fight we want to see (…). It was a lukewarm fight, he said some shit at the end, but Poatan is confident, he’s focused, he’s a goal and he doesn’t care about the chatter.

There is no date and negotiations have not even started to close the title fight, although all sides have already given the truth signal for this to happen even before the victories of Adesanya and Poatan. Glover, however, has already envisioned what the duel would be like.

– I see Poatan knocking out Adesanya, especially after this fight (with Cannonier). Watching this fight, and having to be careful, of course, because Adesanya is a great champion, but Poatan winning by KO (my guess).

Check out all the results of the event:

Previous «Sinner taught the arrogant Alcaraz a lesson…»
Next Gringo asks to leave, Rueda answers and defender no longer plays for Santos: “I was dissatisfied”